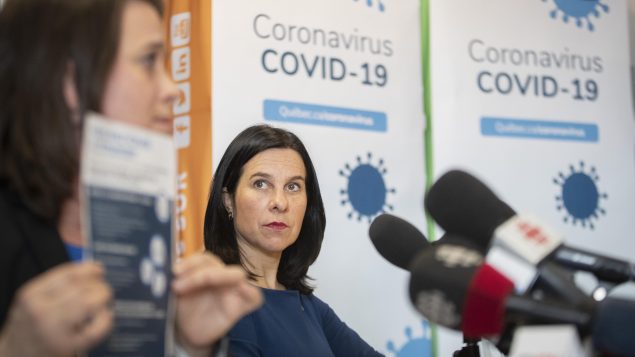 The City of Montreal declared a local state of emergency Friday in an effort to contain the further spread of COVID-19 among the homeless population of Quebec’s largest metropolis.

“Our homeless people need resources, and they need them now,” Montreal Mayor Valérie Plante said Friday, stressing that the city is not under quarantine.

Municipal authorities had to declare a local state of emergency in order to respond to the looming crisis for the homeless community, she added.

“This sanitary crisis must not become a humanitarian one that is why we are getting the necessary powers to act,” said Plante.

“We have to make an effort to limit the spread within the community.”

The declaration of a local state of emergency gives the city the power to act quickly to take measures to reduce the risks of outbreaks among homeless people, she said.

Under Section 42 of provincial Civil Protection Act, a municipality may declare a local state of emergency, in all or part of its territory, when a major disaster, real or imminent, requires extraordinary measures to protect human life, CBC News reported.

The state of emergency gives local authorities power to take “immediate action” that they normally would be unable to take “within the scope of its normal operating rules or of any applicable emergency preparedness plan,” the act states.

The measure comes as Quebec registered 2,021 cases of COVID-19 on Friday with nearly half of them concentrated in Montreal.

With files from Colin Harris, Kamila Hinkson of CBC News