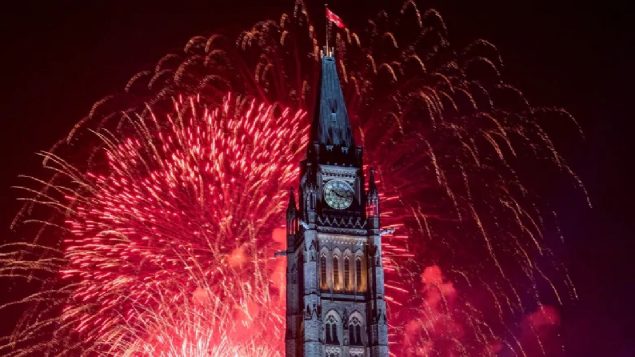 Canada Day celebrations on July 1st are always a spectacular affair with a wide variety of entertainment, a huge fireworks show, and flypasts..(Justin Tang- CP)

Even as some provinces hint they may soon begin a very gradual easing of pandemic restrictions, it seems it may not be enough to save events planned for Canada’s national birthday.

Every year on July 1, huge celebrations are planned in the national capital Ottawa. Vast crowds in the many thousands crowd the lawn in front of Parliament and the neighbouring streets to see and hear the entertainers, the aircraft flypasts, and the fireworks. 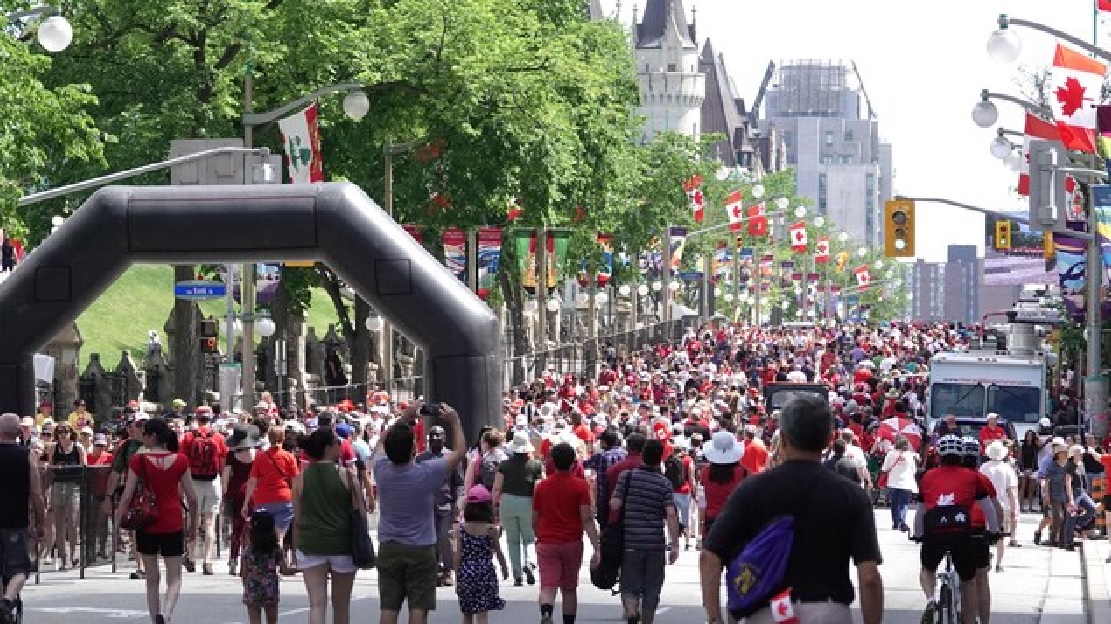 But not this year.

A note on the government website says  “In light of the current situation with the COVID-19 pandemic and the government’s priority of keeping Canadians safe, Canadian Heritage has decided to host Canada Day virtually. Details will be announced soon”.

There had already been a change announced before the spread of the pandemic was felt. Due to construction and renovation of the Centre Block of Parliament, the event was moved to neighbouring park.

Now it seems, there will be no crowds allowed due to the still ongoing need for ‘social distancing’.

What form the national event might take is apparently still in the works, Federal Heritage Minister Steven Guilbault said in a statement, “For Canada Day 2020, we are working with Canadian artists and artisans to put together a virtual program, reflecting our diversity and values, and showcasing the immense talent our country has to offer”. 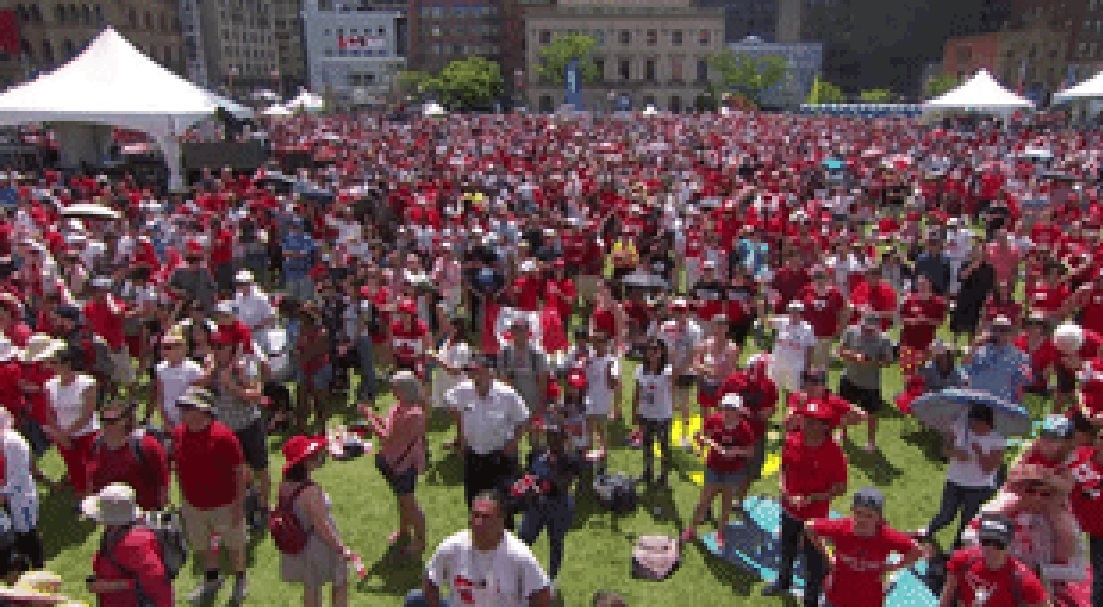 The spacious lawn in front of Parliament is always crowded as people watch the wide variety of entertainers for the event. This was expected to be the case as well with the event this year moved to large park nearby due to construction on Parliament buildings..Now that plan too has changed as the show becomes “virtual” due to the pandemic (CBC)

That might mean artists may still perform on a stage in Ottawa to no actual spectators, but rather to an online audience,, or perhaps elsewhere but streamed onto an online ‘virtual event.

Although the main national event is held in Ottawa, other events are also held in cities across the country. With restrictions still firmly in place it is not known how that might affect other events, which at this point also seem unlikely to be held as in past years.