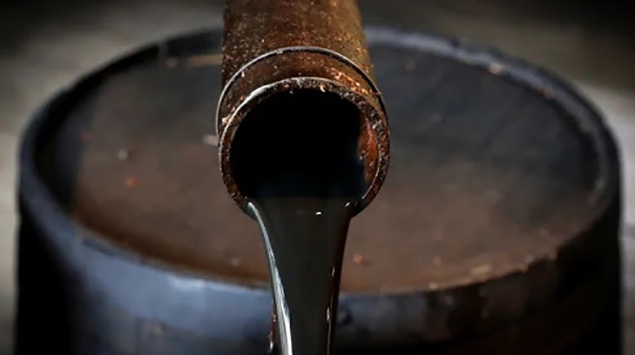 The price of oil continued to plummet Monday and could be set to go even lower. (Brendan McDermid/Reuters)

Oil prices continue to plummet in Canada and around the world

The benchmark price for a barrel of North American continued to plummet on Monday.

The futures contract for West Texas Intermediate plunged from $18 US to at one point as low as 16 cents.

Analysts say traders got caught trying to offload the contract to deliver the crude before actually having the purchase it.

Lockdowns, travel bans and the general economic slowdown associated with the COVID-19 pandemic have reduced demand for oil by about 25 million barrels a day, leaving the oil industry reeling, both in Canada and around the world. 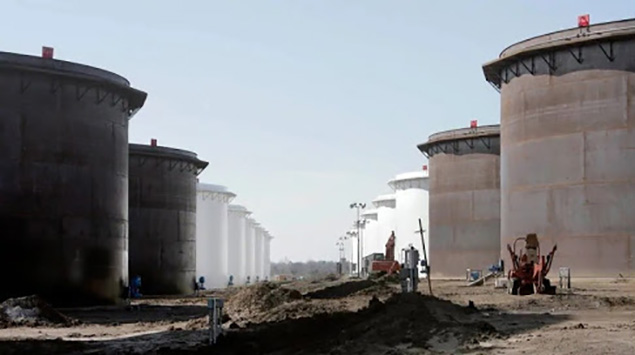 On Friday, in a move that analysts say will serve as little more than sticking a band-aid on a massive hemorrhage,  Prime Minister Justin Trudeau announced that the federal government was investing $1.7 billion to clean up abandoned and inactive natural gas and oil wells in Alberta, Saskatchewan, and British Columbia, creating about 5,200 jobs.

Earlier Friday, it was revealed that Canada’s oil and gas producers had asked Ottawa to freeze the carbon tax and delay new climate change regulations while the industry weathers the COVID-19 assault. 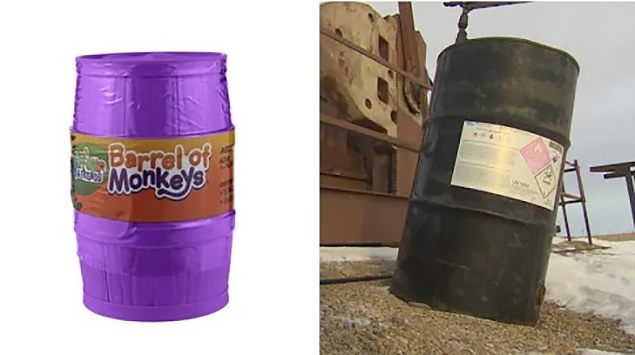 CBC News reported in March that A Barrel of Monkeys toy was worth more than a barrel of Alberta oil. (Walmart.ca, Trevor Brine/CBC)

Earlier this month, following four days of wrangling, the Organization of the Petroleum Exporting Countries, along with other nations including Russia, announced it would cut output by 9.7 million barrels per day to try to stop the fall.

“If your bathtub is about to overflow and you turn down the tap a little, it will still overflow,” oil analyst Bjarne Schieldrop with SEB Research told Evans.

“The oil price is now ordering producers to halt production and it is happening at high speed and in an unorderly fashion. This is creating damage to production and some of it will never come back online again.”

Evans writes that Canadian oil producers are among those in danger of turning off the taps if these prices persist.