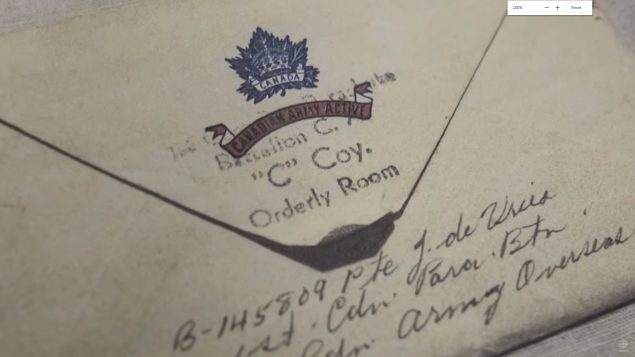 Letters in a Time of War is a compelling emotional and important social and historical project to record the thoughts of Canadians in times of major conflicts. (via CBC)

Letters in a Time of War

A major wartime remembrance event was to be taking place  this week in Holland. This was to remember Operation Faust, a Canadian and Allied effort to feed starving Dutch citizens still occupied by Germans. The important 75th anniversary, had to be postponed because of the pandemic and rescheduled to next year.

The huge event was to be followed by events celebrating the Canadian Liberation on northern France and the Netherlands, and in turn the celebrations in the UK, Europe and here in Canada to commemorate the end of the European war, Victory in Europe or VE Day, May 8.

All those important public events have been cancelled as well due to restrictions imposed by the coronavirus pandemice, but their importance and significance is not forgotten

David McGuffin is executive producer of Letters in a Time of War, a project to bring to light the personal feeling and thoughts of Canadian service personnel and the people ‘at home.

Along with co-founder David Henderson, the project gathers personal correspondence and has had them read at a special event where prominent Canadians read the letters to an audience of visitors. 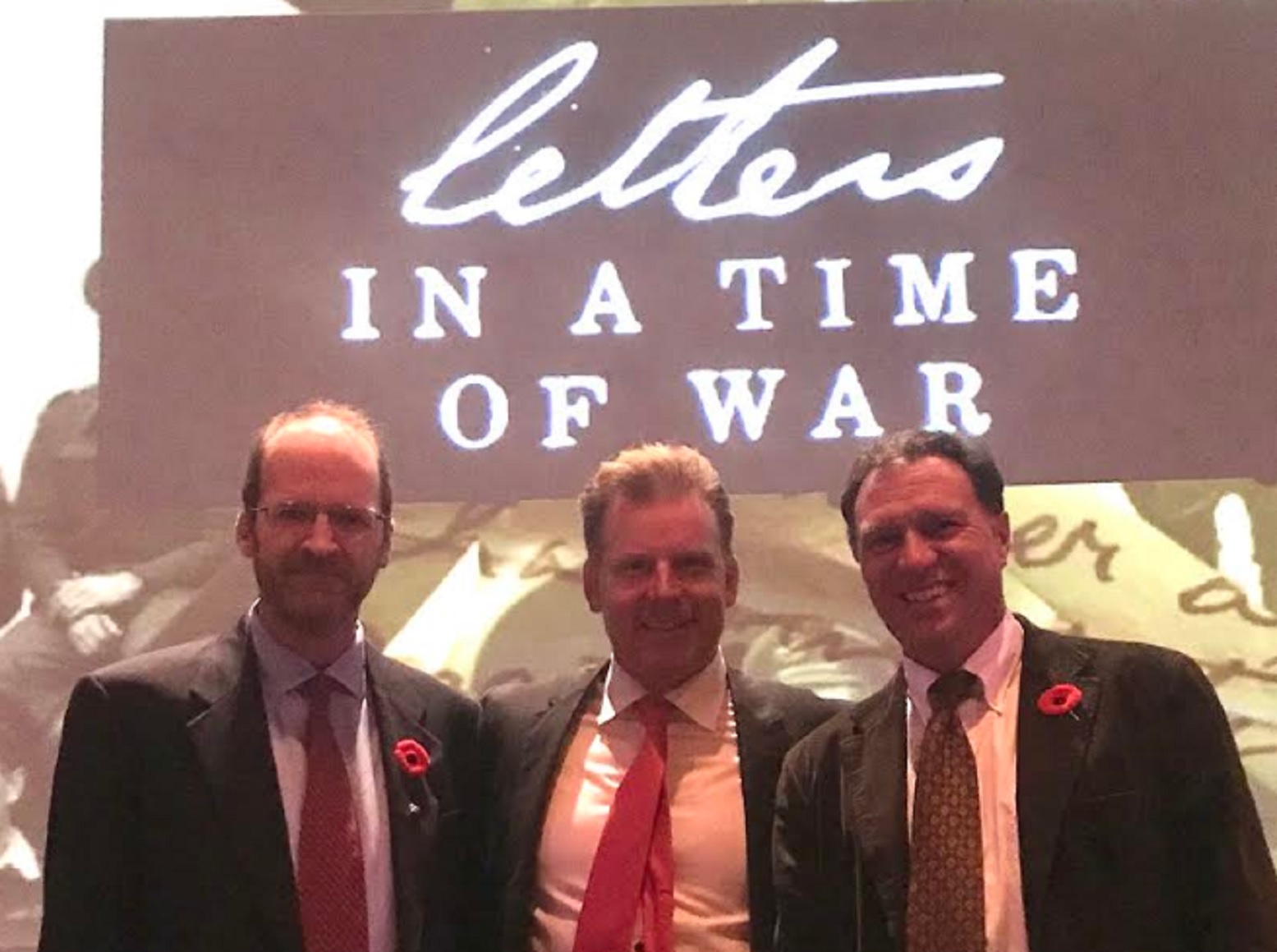 Co-founders of the project David McGuffin (L) and David Henderson (r) flank former hockey star Ottawa Senators captain Daniel Alfredsson who read a letter at the 2019 event at the Canadian War Museum in November. It was a letter of condolence sent to the family of another Ottawa hockey legend, Frank McGee, who died in World War One (supplied)

McGuffin and co-founder David Henderson created a project calle ‘Letters in a Time of War’, which recounts the memories of Canadian soldiers and loved ones during the past great conflict, through social media, websites, and the major event at the Canadian War Museum in Ottawa in early November prior to Remembrance Day.

However, with public VE Day celebrations cancelled McGuffin says the organisation wanted to use the event to ask people to search their attics, and drawers, and storage trunks for old letters and send videos of them reading the letters, or email copies of the letters. 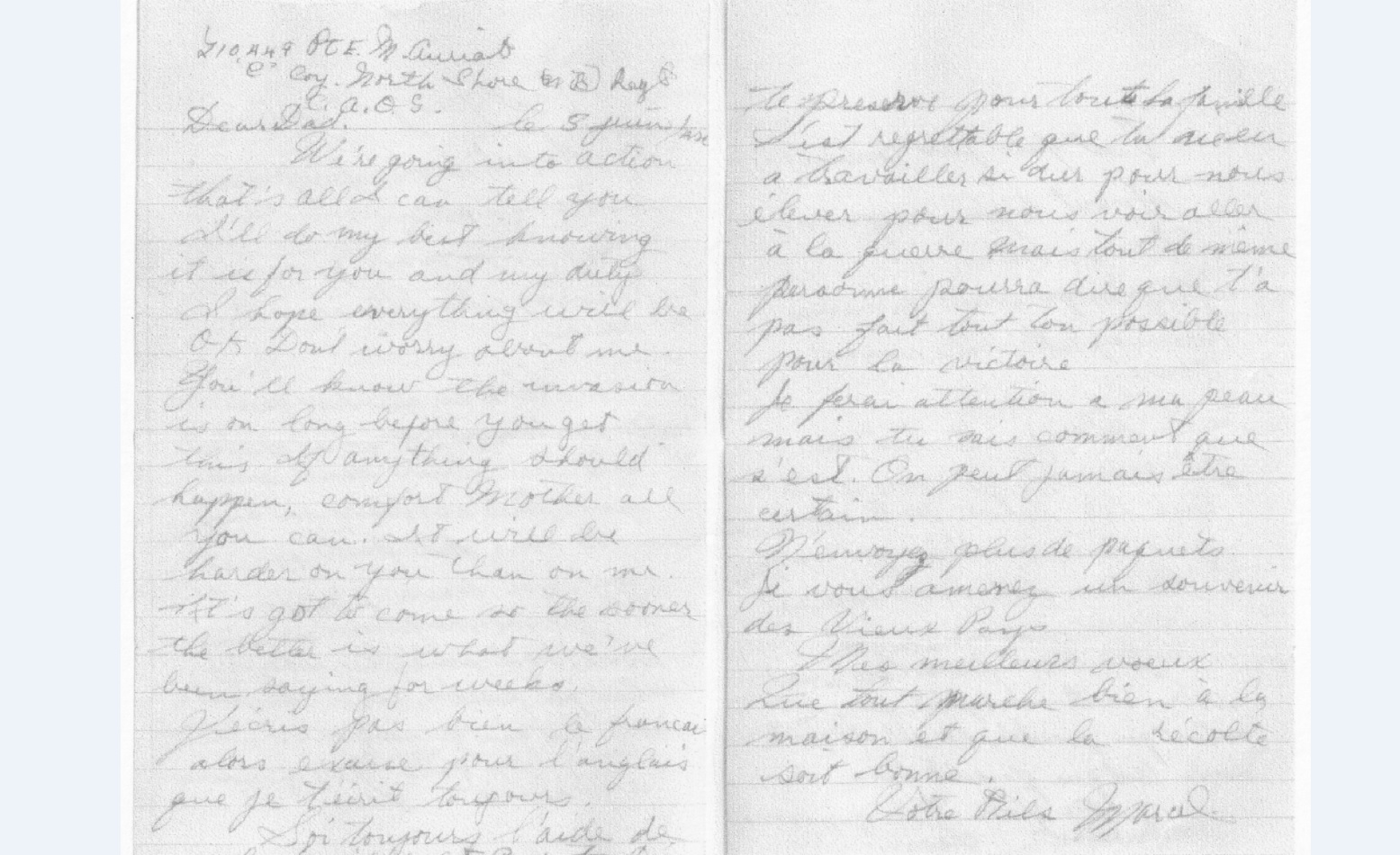 Written in pencil, as many were at the front, a letter by brothers Marcel and Jean Auriat, of Saskatchewan who joined the North Shore New Brunswick Regt. June 5th. 44 “Dear Dad. We’re going in to action, that’s all I can tell you. I’ll do my best knowing it is for you and my duty….If anything should happen comfort mother as best you can.” Jean was killed just 2 days later on June 7th. Marcel fought the rest of the war and survived to return home. ( Letters in a Time of War) 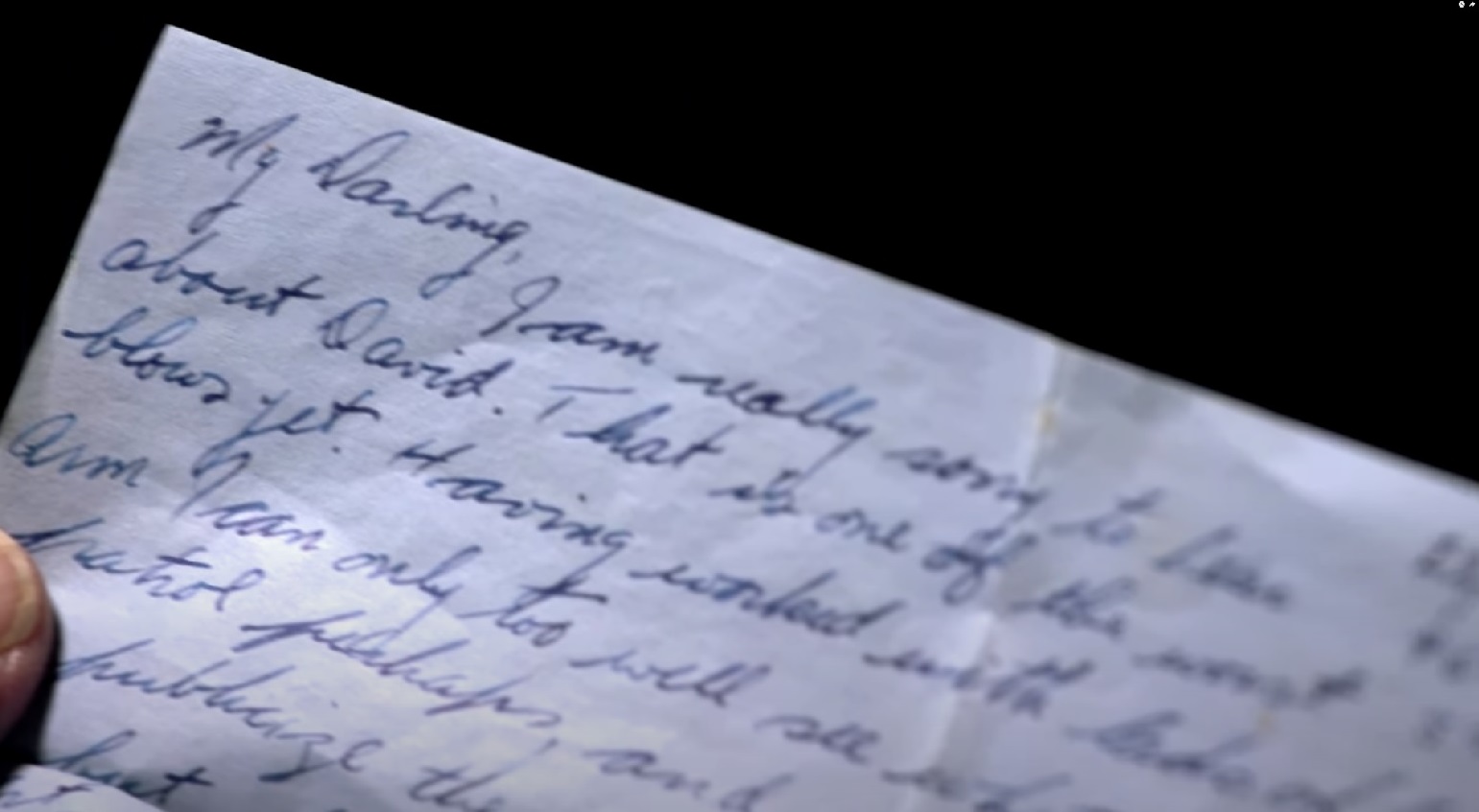 The letters represent an important historical moment in Canadian history. They are almost always touching, some funny and cheerful, many full of love and hope, some with tragic news, some recounting horrible experiences (CBC)

As we head towards the  VE Day anniversary, the organisation is seeking contributions to the project with wartime letters you have.