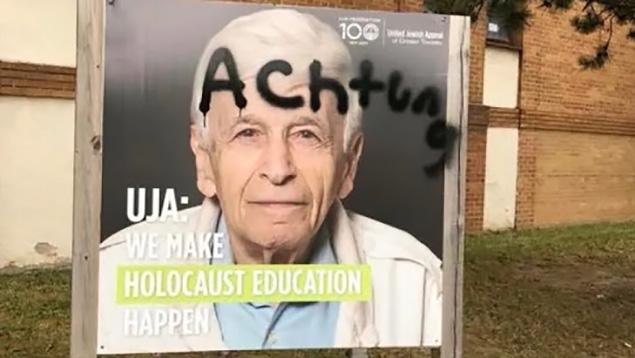 Graffiti was scrawled across a sign of a Holocaust survivor on a Jewish holy day in North York, Ontario in July, 2018. New figures from B'nai Brith Canada show that anti-semitic incidents continued to rise in Canada in 2019. (UJA Federation/Twitter)

New figures from B’nai Brith Canada show the number of anti-Semitic incidents in the country rose in 2019, for the fourth year in a row.

That’s an increase of more than eight per cent compared with 2018 and marked the second straight year that the number of incidents was above 2,000.

It’s an average of more than six incidents a day.

The audit shows that the most dramatic increases took place in Ontario and Quebec–62.8 per cent and 12.3 per cent more incidents, respectively, than in 2018.

The report found that the Prairie and the Atlantic regions experienced decreases in incidents.

However, the numbers there remained higher than where they were before 2017.

The report shows an increase of more than 11 per cent in anonymous online harassment, much of it advocating genocide and Holocaust denial. 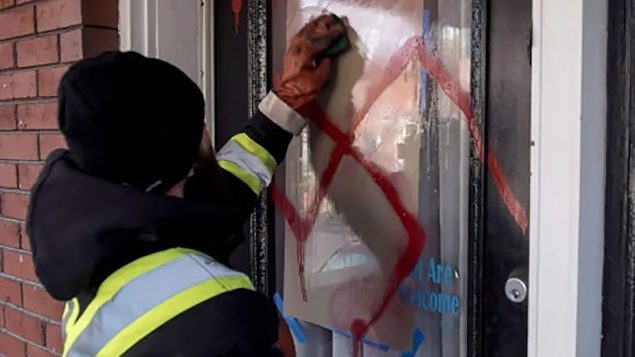 Anti-Semitic graffiti that was spray painted on the door of The Glebe Minyan in Ottawa is cleaned up in 2016. (Justin Tang/The Canadian Press)

The report also notes that assaults became more brazen and violent in 2019, with several occurring in broad daylight and some directly in front of eyewitnesses. 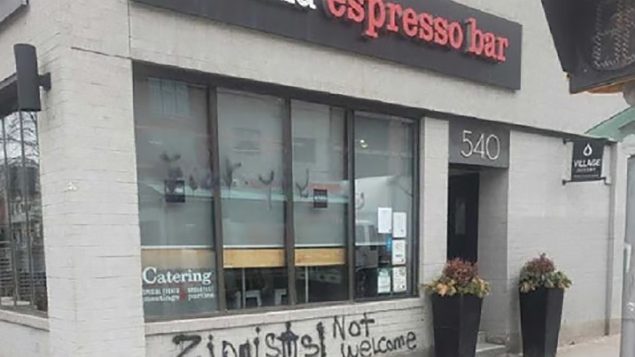 “The record numbers of incidents we have documented in recent years have become the new baseline for antisemitism in Canada – and they are alarming,” Michael Mostyn, Chief Executive Officer of B’nai Brith Canada, said in a statement released with the audit.

“These figures, and the brazenness of the incidents we are seeing, would have been unthinkable just a few short years ago.

“Instead, they have become a loathsome reality in this country. It is not only Jewish people who must be appalled by this pattern. It’s any law-abiding, decent human being.”

Friends of Simon Wiesenthal Center for Holocaust Studies in Toronto published a similar list of what it called “2019’s Top 12 Most-Antisemtic Incidents in Canada” last December.