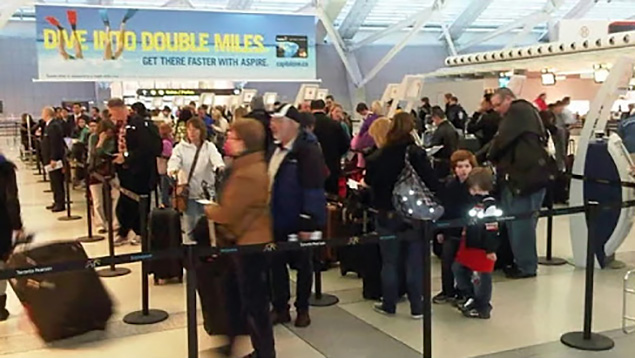 Will we see lineups like this one at Toronto's Pearson International Airport in 2012 by Christmas? Stay tuned. (CBC)

Looking for harbingers of hope as you try to cope with  COVID-19 madness?

In a CBC News story published Thursday evening, a vice president at Canada’s national airline, which is pretty much going nowhere these days, suggests that by the time winter holidays roll around again, Canadians will be able to board an Air Canada plane and fly almost anywhere in the world.

“I think by Christmas you will see a significant amount of flying again,” says Tim Strauss, vice president of cargo at Air Canada.

“We’ll be flying to most places around the world and certainly domestically.” 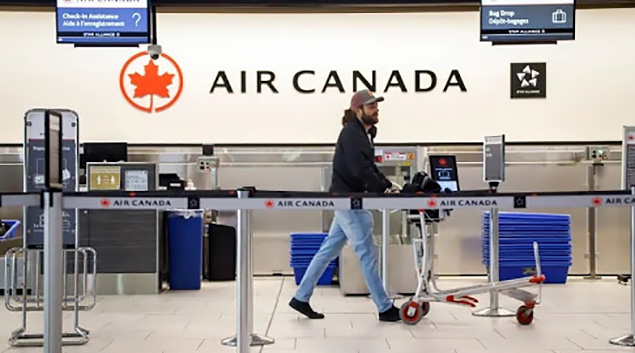 An Air Canada vice president predicts scenes like this will be in our rearview mirrors when the winter holidays return. (Jeff McIntosh/The Canadian Press)

There will be changes, of course–fewer available flights and more connections than travellers may be used to.

Count on one thing though: the planes are going to be a whole lot cleaner.

The CBC’s Ashley Burke reports cleanliness was the major focus at a virtual Canadian Club Toronto event on Thursday, when airline executives met to discuss what the North American airline industry could look like when the pandemic ends.

Some airlines, Burke reports, are changing how often they sanitize their planes and are even considering changes to how air is circulated in passenger cabins.

“That is the absolute centre focus of almost all of our product discussions at this point,” said Strauss, referring to cleanliness.

“The whole industry will be working in tandem with one another to make sure it’s good no matter what airplane you’re on, anywhere in the world.”

“Anywhere in the world?