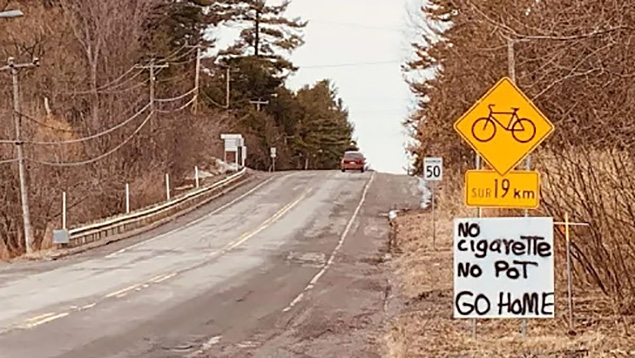 The Mohawk community of Kanesatake, near Montreal--like other First Nations across the country--has taken stringent measures to try to limit the spread of COVID-19. (Submitted by the Mohawk Council of Kanesatake)

From the beginning of Canada’s COVID-19 crisis, the great majority of Indigenous communities have–so far at least–managed to keep the virus at bay–the result, mostly, of stringent measures they took to keep their distance.

The measures consisted of various levels of community lockdowns, including blocking access by outsiders, limiting outgoing trips to essential travel and requiring returning community members to self-isolate for 14 days upon their return. 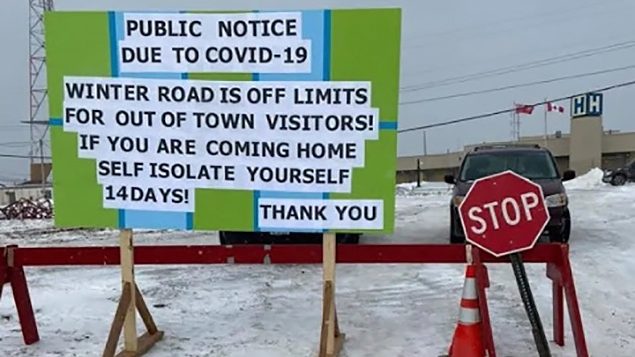 This winter, Attawapiskat and Kashechewan in Ontario did not allow outsiders to come into the community on the ice road or through the airport in order to keep COVID-19 out. (Facebook)

The measures have paid off.

Federal data shared last month showed the First Nations’ infection rate at 0.01 per cent of the on-reserve population, while the rate was 0.09 per cent for the rest of the country.

But Valerie Gideon, senior assistant deputy minister for the First Nations and Inuit Health Branch warned that the rate could rise once restrictions are eased.

Now, new data give indication that Gideon may not have been exaggerating.

Recently, First Nations have seen a steady, near daily, rise in the number of infections.

A week earlier, there were a total of 81 COVID-19 cases on-reserve, according to Indigenous Services Canada data.

One case had been reported in Alberta. 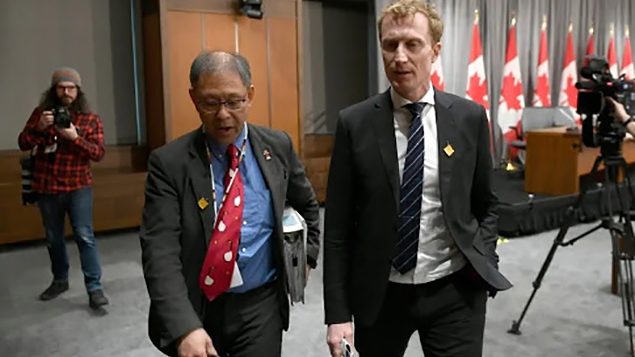 “Over the past two weeks we’ve been looking at some of the public health threats to First Nation communities as reflected by the recently diagnosed cases,” Wong told CBC News’ Jorge Barrera in a story published Thursday night.

Wong says the next two weeks will be critical to flattening the curve of COVID-19 cases in First Nations.

“For us it’s very important to see all the public health measures that people are following and [be] able to shut the door on this type of transmission from those places with outbreaks… We don’t want to see an exponential increase,” he said.

Wong said the majority of the new cases in Alberta appear to stem from an outbreak among workers at the Cargill meat-packing plant near High River, which has been linked to cases in Stoney Nakoda Nation communities west of Calgary.

Stoney Nakoda Nation was reporting 15 cases of COVID-19, as of Monday.

The Cargill plant is the location of Canada’s largest outbreak tied to a single site, with 1,167 cases, representing nearly 25 per cent of Alberta’s total COVID-19 cases. 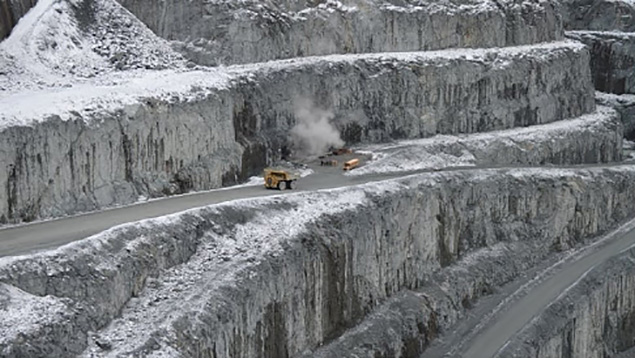 Twenty-five cases of COVID-19 have now been linked to Lac Des Iles mine in northwestern Ontario. The total includes six members of the Gull Bay First Nation. One man, who worked at the mine, has died from the virus. (Jeff Walters/CBC)

Barrera reports that in late April, Gull Bay, a First Nation about 190 kilometres north of Thunder Bay, Ontario announced it had six COVID-19 cases and the band chief said it was possible some could be linked to an outbreak at the Lac Des Iles mining site where several members of the community work.

Twenty-five cases, including one death, have now been linked to the mine.

Wong says First Nations communities cannot let up on their lockdown policies, especially as restrictions in the country inch toward easing.

“There is a way that community efforts can really contribute to bending the curve,” he told Barrera.

“Over the next two weeks, that is the watershed moment that we want the curve to be coming down,” he said.

In March, the federal government announced it would spend $305 million to help Indigenous communities deal with the COVID-19 pandemic, but released few details.

Last month, some Indigenous leaders said there was not enough funding for organizations that provide services for the 900,000 First Nations people who live in urban centres or off reserves.