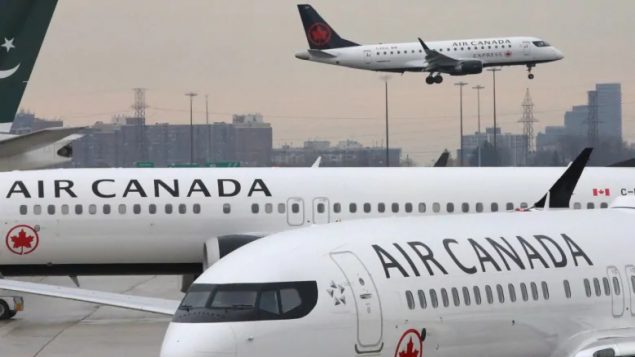 Air Canada has greatly reduced flights and instituted new rules including temperature chack before boarding., It also says it lost ove $1Billion in the first quarter this year. and will retire dozens of aircraft (Chirs Helgren-Reuters)

As we head into May, the crisis seems to worsen for Canadian and other airlines as travel restrictions, reduced flights, reduced revenue and overhead increases continue.

The airline industry says it’s in crisis, with hundreds of planes worth billions of dollars parked at airports across the country.

Some airlines have stopped operations altogether, while others like Air Canada have scaled back by about 85 per cent.

John McKenna is president of the Air Transportation Association of Canada, which represents carriers like Porter and Sunwing Airlines. Quoted by the CBC he says the pandemic has been a catastrophe for the industry. “Everyone is hurting. We are a capital intensive industry. Planes cost tens or sometimes hundreds of millions of dollars. For them to be profitable they have to be flying all the time. Sitting there, you still have to insure them, maintain them, and you have to pay for them.. You’re not generating any money from them. You’re just losing it”,

Others involved has said it’s going to be a struggle for many to restart or even ramp-up operations as the pandemic lessens.

The industry is now demanding government funding to survive. The Prime Minister said many sectors are hurting and the government is working on the situation.

Still COVID-19 or not, some people still have to fly, and in April the federal government said travellers in airports must wear masks covering face and nose. 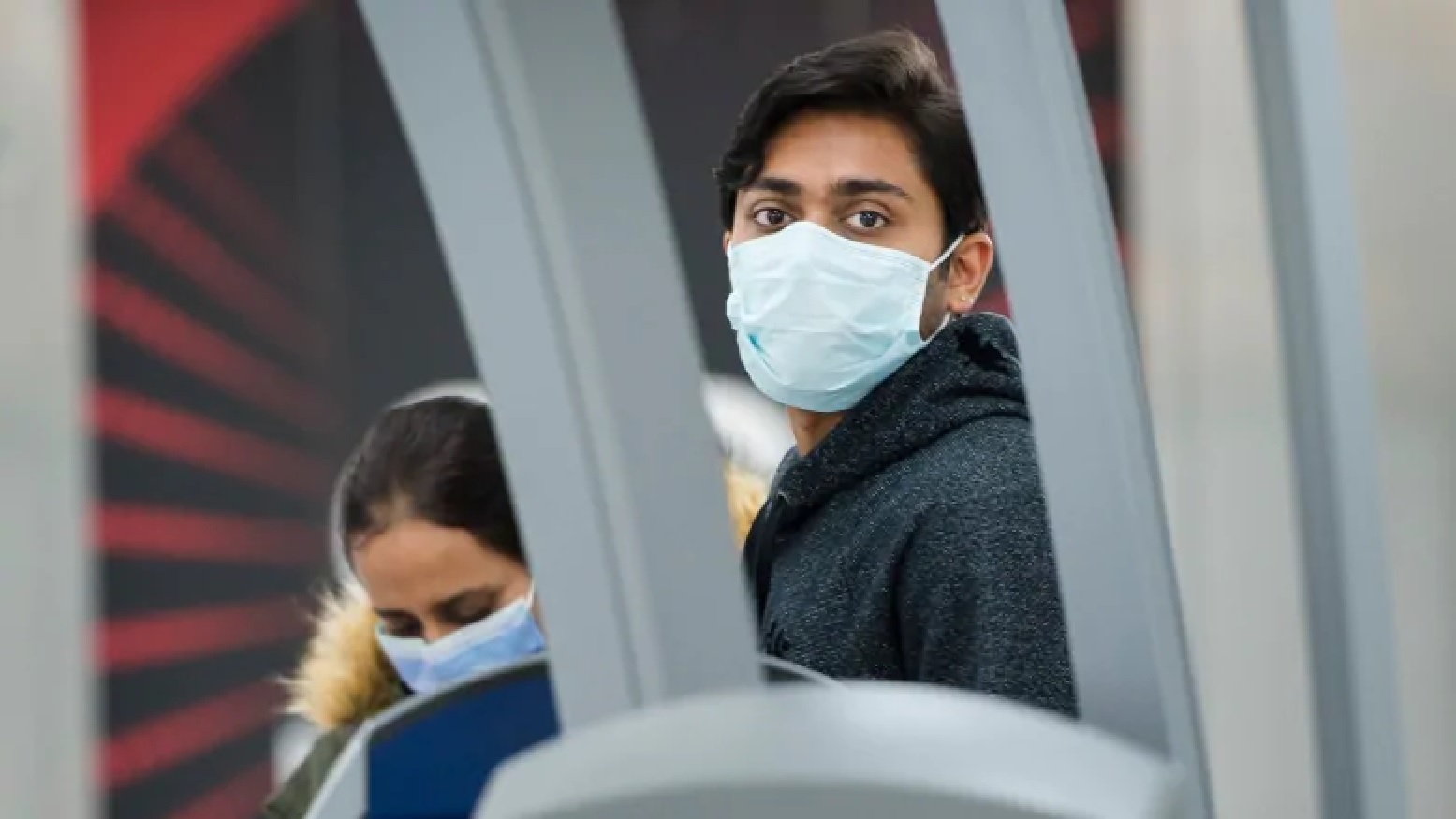 Many people checking in at an Air Canada ticketing kiosk at Pearson International Airport in Toronto in early April chose to wear masks covering their noses and mouths. As of noon on April 20, the wearing of masks while travelling by air became mandatory. (Nathan Denette/The Canadian Press)

On Monday, Air Canada announced its own new rules for passengers. Already encouraging people to pre-book online to avoid time spent at reduce social contact during check in. The airline will as of May 15 require all passengers to wear a mask, It will first institute a mandatory temperature check of passengers before boarding, a first in the industry in the Americas. If you have a temperature you will not be allowed to board, and must rebook later providing a medical certificate of health at that time.

The airline will require passengers to wear masks, which they will not supply. It will supply disinfecting hand gel, and seating will be arranged to create individual distancing in economy class with a cap on passenger numbers for each flight. Blankets and pillows will no longer be handed out.

While Air Canada is still flying to a few of its destinations, it says several dozen of the older jets will now be retired earlier, adding that it has lost over $1 billion in the first quarter of this year, mostly due to the developing situation in March. This compares to $345 million in profit for the same period last year.

The industry is now demanding government funding to survive. The Prime Minister said many sectors are hurting and the government is working on the situation.

A consumer group says any taxpayer funded bailout should insist that airlines do not pay bonuses to their executives and that passengers recieve reimbursements for cancelled flights during the pandemic.