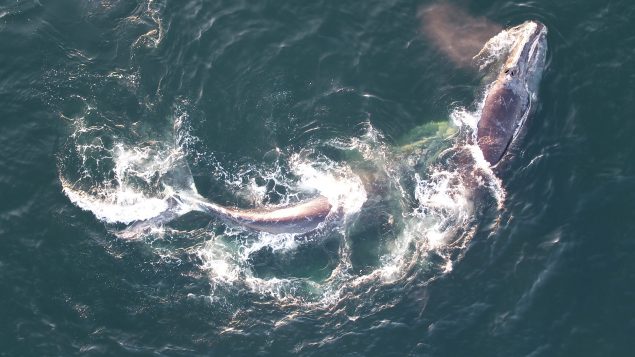 The pair of North Atlantic right whales were spotted by surveillance aircraft in the waters of the Gulf of St. Lawrence on May 3, 2020. (Department of Fisheries and Oceans Canada)

The sighting of two North Atlantic right whales in Canadian waters over the weekend has triggered fishery closures in Atlantic Canada designed to protect the endangered marine mammals from potentially deadly entanglements in fishing gear.

The pair of right whales were spotted in the Gulf of St. Lawrence on May 3 by a Fisheries and Oceans Canada (DFO) aircraft that was conducting right whale aerial surveillance.

DFO officials said Tuesday that the federal government has introduced a new season-long closure protocol in the Gulf of St. Lawrence as part of its 2020 fisheries management measures.

In addition, the presence of whales will trigger automatic temporary closures for non-tended fixed gear fisheries in Atlantic Canada and Quebec, officials said.

If a whale is not detected in that closed area during the 15-day closure, the area will reopen to fishing. 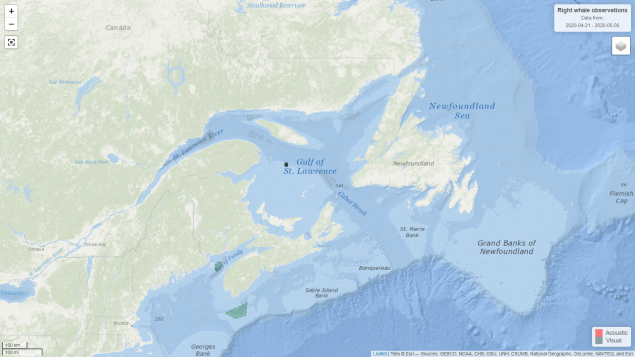 These areas include all of the Gulf of St. Lawrence – areas around Anticosti Island, the Cabot Strait, as well as the Straight of Belle-Isle – the Bay of Fundy, and critical habitats in the Roseway and Grand Manan Basins.

There are only about 400 North Atlantic right whales left in the world.

Only ten calves were observed in U.S. waters in 2020. That is well below the 30 calves that would be expected from a population of that size.

One of those calves has already died as a result of a ship strike, U.S. officials believe.

In addition, new research by an international team of scientists published in the journal Marine Ecology Progress Series last month found that individual North Atlantic right whales were all in poorer body condition than individual whales from the three populations of Southern right whales off Argentina, Australia and New Zealand. 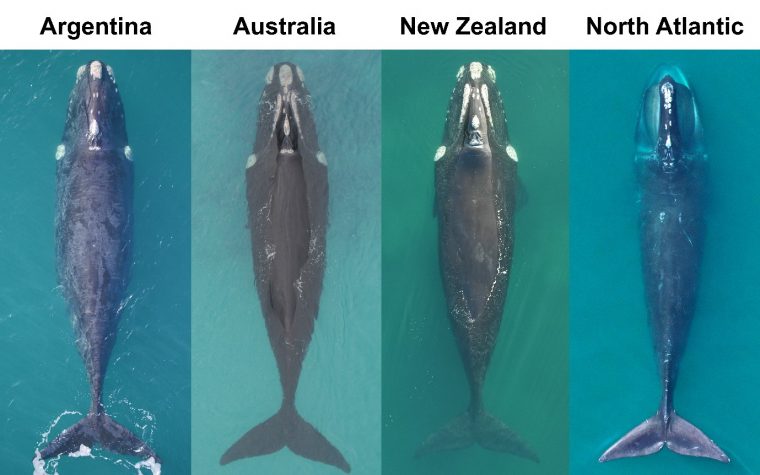 Scientists believe that poor body condition for North Atlantic right whales helps explain why so many of them are dying and why they are not giving birth to enough calves. It could also be affecting their growth and delaying juveniles reaching sexual maturity. These combined impacts on individuals help explain why the species is in decline, scientists believe.

“Good body condition and abundant fat reserves are crucial for the reproduction of large whales, including right whales, as the animals rely on these energy stores during the breeding season when they are mostly fasting,” said in a statement Fredrik Christiansen from Aarhus University in Denmark and one of the authors of the study.

According to the New England Aquarium and Woods Hole Oceanographic Institution, since the cessation of large-scale commercial whaling in the last century, most populations of southern right whales have recovered well. Now there are about 10,000-15,000 Southern right whales. Unfortunately, the same cannot be said for their North Atlantic cousins. 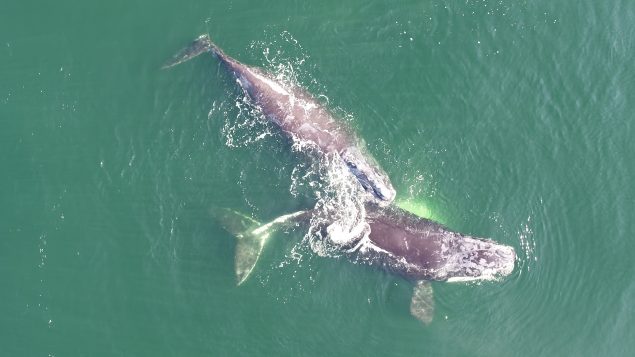 The pair of North Atlantic right whales were spotted by surveillance aircraft in the waters of the Gulf of St. Lawrence on May 3, 2020. (Department of Fisheries and Oceans Canada)

“For North Atlantic right whales as individuals, and as a species, things are going terribly wrong,” said Michael Moore from the Woods Hole Oceanographic Institution.

Scientists have long been concerned about how entanglements in fishing gear affect the welfare of North Atlantic right whales.

“To reverse these changes, we must: redirect vessels away from, and reduce their speed in, right whale habitat; retrieve crab and lobster traps without rope in the water column using available technologies; and minimize ocean noise from its many sources.”

Officials with Transport Canada said speed limits for ships transiting through the Gulf of St. Lawrence came into effect even before the latest sighting.

“This year, Transport Canada has once again implemented a mandatory speed limit of 10 knots in the western Gulf of St. Lawrence to help prevent vessel collisions with whales,” said Annie Joannette, a spokesperson for the federal department. “This seasonal speed limit has been in place since April 28 and will remain in effect until Nov. 15, 2020.”

This is in line with measures Transport Canada has implemented the last few years, she added.

The North Atlantic right whales observed on the weekend were in this go-slow zone and so no further action will be taken by Transport Canada at this time, Joannette said.

However, had the whales been sighted in or near the shipping lanes north or south of Anticosti Island, this would have triggered a temporary speed limit in these zones as well, she said.

Fisheries surveillance aircraft are currently monitoring fishing areas for North Atlantic right whales and will monitor any fishery closure areas to ensure compliance with the law, DFO officials said in a press release.