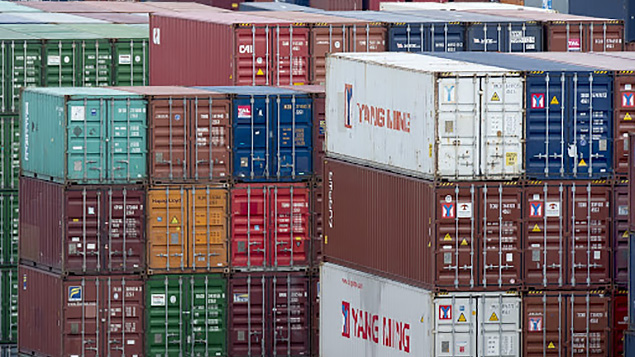 Shipping containers are seen in Halifax on Friday, Aug. 25, 2017. Statistics Canada says the country's trade deficit widened in March because of COVID-19 and falling oil prices. April figures are expected to be worse. THE CANADIAN PRESS/Andrew Vaughan

To nobody’s surprise, Canada’s trade deficit widened in March as the country was forced to cope with the COVID-19 crisis and the continuing drop in world oil prices.

Statistics Canada figures released today show the deficit grew by more than $1.4 billion as both imports and exports dropped by 10 per cent over the same period last year.

Import volumes fell by even more–down 5.8 per cent.

Economists said the substantial depreciation of the Canadian dollar versus the U.S. dollar in March made the import and export decreases appear less extreme. 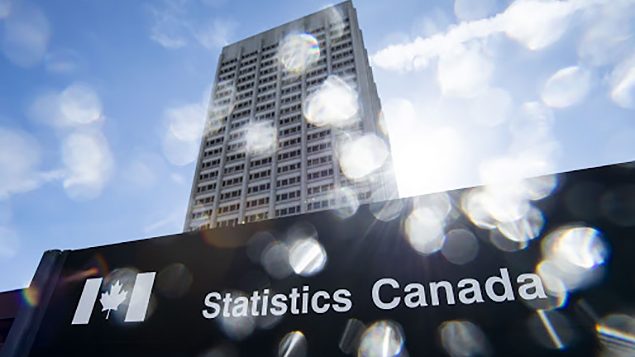 Statistics Canada’s offices in Ottawa are shown on March 8, 2019. Statistics Canada says the country’s trade deficit widened to $1.4 billion in March as both exports and imports fell due to steps taken to slow the spread of COVID-19 and low oil prices. THE CANADIAN PRESS/Justin Tang

The figures show there was less trade in a number of core Canadian products, including cars and car parts (down 14 per cent) aerospace products including planes (down 25 per cent), and crude oil (down almost eight per cent).

Statistics Canada said there was less trade in services, as well, as exports of Canadian services slipped by 7.2 per cent to $10.4 billion.

Meanwhile, Canada imported $11.4 billion worth of services, a decline of 11.5 per cent.

Exports of farm, fishing and intermediate food products were one of the bright spots.

Economists said that was mainly due to a backlog of Canadian grain that started to move during the month after rail blockades ended in February. Those exports were up by more than 12 per cent.

Economists had expected the trade gap to widen to about $2.5 billion during the month, so the gap came in slightly narrower than expected.

But, they say, the numbers would have been even higher were it not for the Canadian dollar’s plunge during the month.

The loonie’s value fell by 3.6 cents US in March, the worst month for Canada’s dollar in more than five years.

Figures are expected to be worse for April, which will see the effects of the first full month of social distancing measures combining with the closing of nonessential businesses.

With files from CBC News (Peter Evans), The Canadian Press