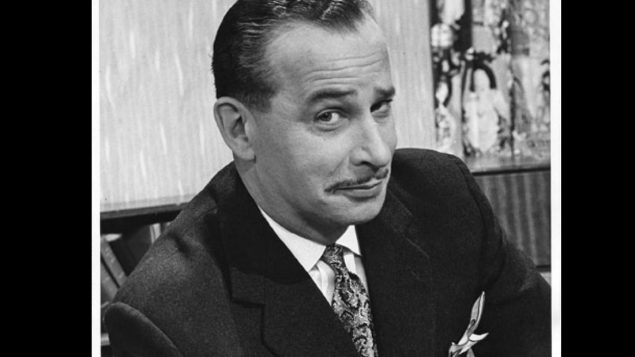 The inventor of the entire genre of quiz shows, Roy Ward Dickson shown in this publicity shot in 1960 from the set of Try for Ten! (RWD estate -wiki creative commons)

Quiz shows, testing people’s knowledge on a variety of subjects, have been popular for over eight decades, first on radio, and then on television.

One of the most popular quiz shows of all time is the American show “Jeopardy”, with its longtime host, Alex Trebek, a Canadian.

While sources tend to list the first quiz shows as American or British, in fact the idea for the entire quiz-show genre  indeed one might extrapolate that to say the entire genre of all game shows, came from Canada. 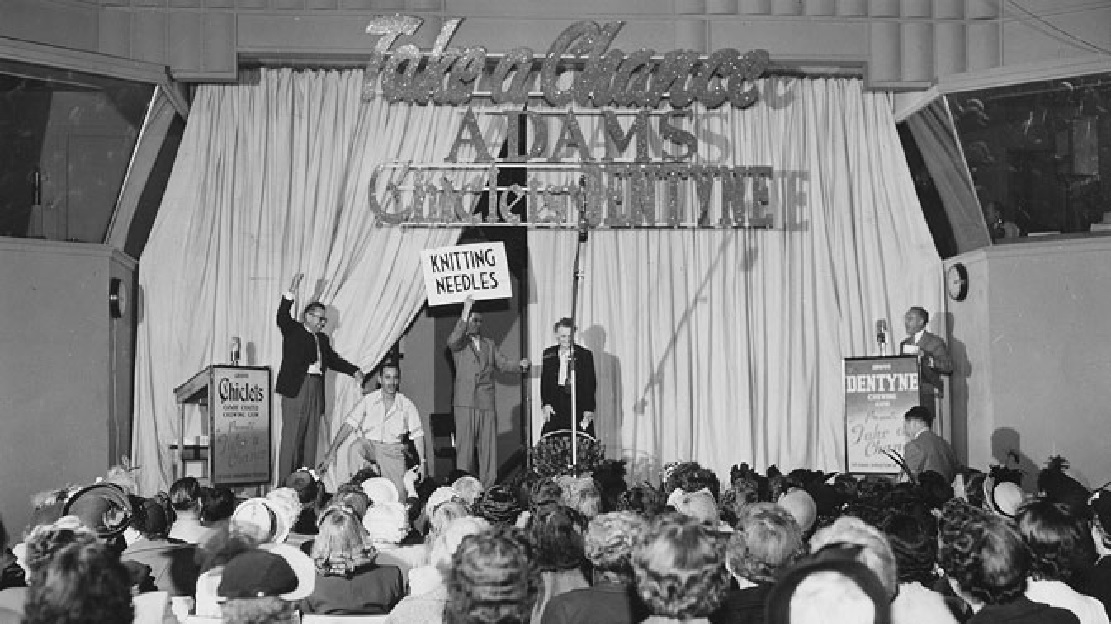 Production of “Take a Chance” (with chewing gum sponsors) with a live audience (RWD-TV- roywarddickson.com)

The first quiz show was in fact created by a British-born Canadian, Richard Louis del Valle, who later changed his name to Roy Ward Dickson. He emigrated to Canada as a teenager where he was first a school teacher In Winnipeg and then joined a Vancouver newspaper in the advertising department, A few years later he moved back across the country and joined the Toronto Star newspaper.

In 1935 he came up with an idea he developed from his teaching days when he would quiz his young students and took this unique new idea to a local radio station where the show ‘Professor Dick and his Question Box’ began.  In spite of the less than inspiring name, it caught on.

At night he would write the  show and then during his newspaper lunch hour, would broadcast the half hour show. As it caught on, he left the paper and formed his own production company, going on to produce many other successful game shows for both radio and television. He was later dubbed in the industry as ‘the king of quiz’. 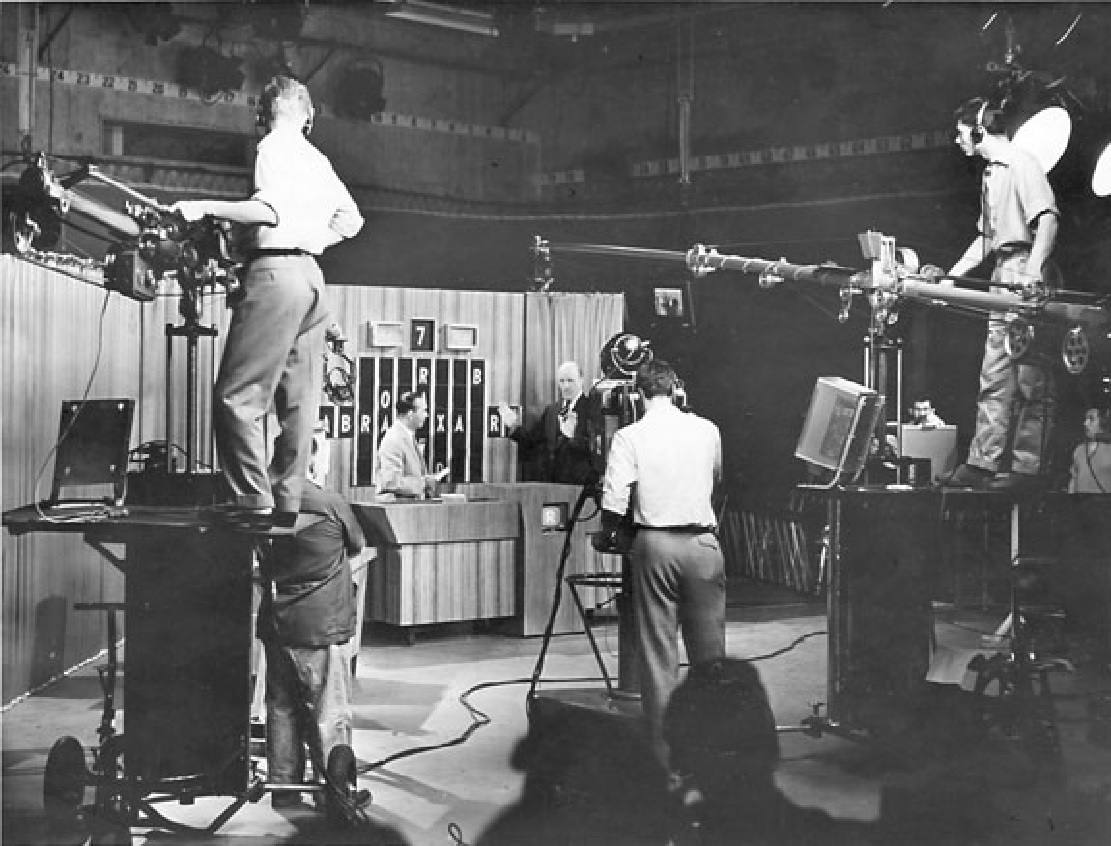 One of his many successes was Mr. and Mrs., a show which tested married couples knowledge of each other. Many in Britain might recall the show there, and an American copy of the idea, “The Newlywed Game”.

Other shows created in Canada and in Britain by Dickson included the Lux Fun Parade, The Battle of Words, Roy Ward Dickson’s Scrapbook, Turnabout, Tidbits, Chiclets, Take a Chance, Try for Ten, The  £1000 word, Bonanza, Full House and Abracadabra -all of which inspired producers in the U.S and U.K in imitations. . 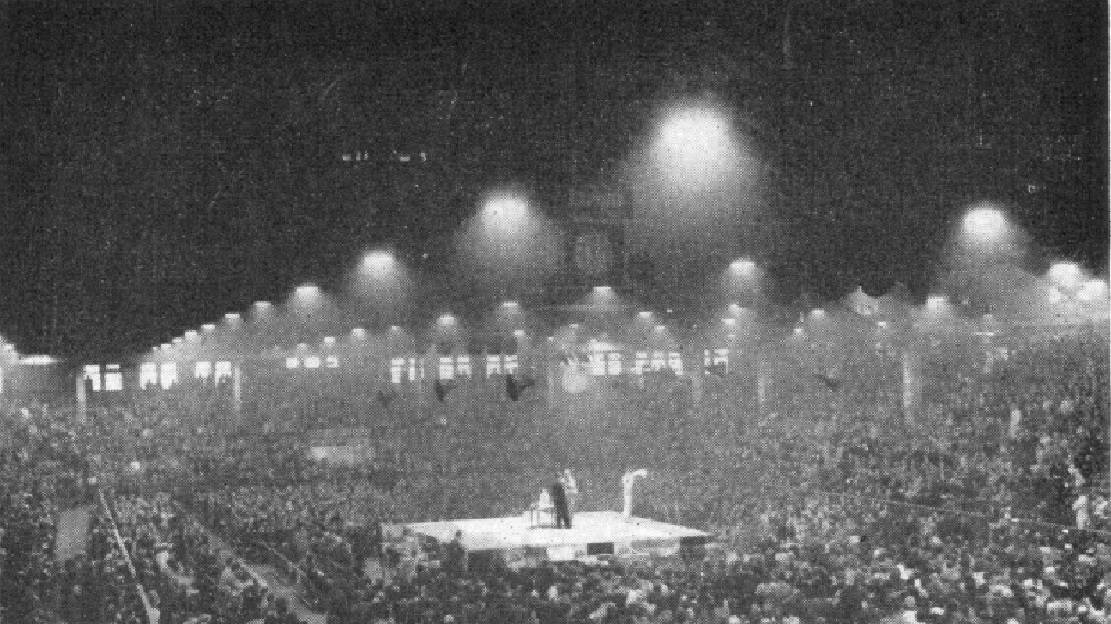 How popular were they? Here a radio broadcast from the Vancouver Forum, 1952 (RWD-TV) royworddickson.com)

Thus the entire genre of quiz shows in their many and varied form, all began on a Toronto radio station on this date. Roy Ward Dickson, the inventor passed away in Victoria B.C. on September 16, 1978.