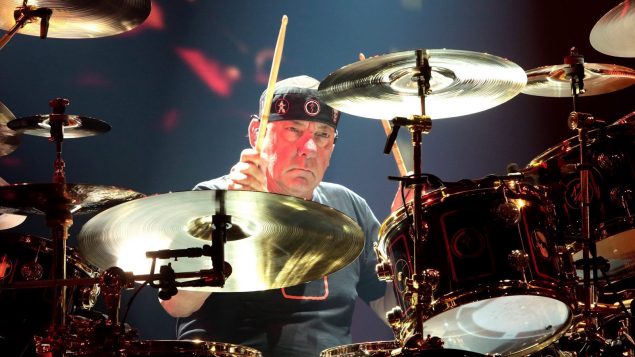 Neil Peart of the band Rush performs in concert during their R40 Live: 40th Anniversary Tour 2015 at the Wells Fargo Center on Thursday, June 25, 2015, in Philadelphia. The city of St. Catharines, Ont., is naming a local pavilion after late Rush drummer Neil Peart and considering other ways to honour his legacy. (The Canadian PressAP-Owen Sweeney/Invision)

The city of St. Catharines is naming the pavilion at Lakeside Park after the late Rush drummer and lyricist Neil Peart, according to an announcement made by the city’s Mayor Walter Sendzik on Twitter yesterday.

In late January, St. Catharines city council approved a request to name the pavilion with the help of the local community.

According to the Canadian Press, the vote came down to two suggestions; the Lakeside Park Pavilion or the Neil Peart Pavilion.

During the voting process, there was overwhelming support from the citizens to name the pavilion after Neil Peart who grew up in St. Catharines.

“I think this was one of the largest engagements that we’ve had from a community perspective,” Sendzik said in a video on Twitter yesterday, adding that Neil Peart Pavilion is a fitting name as it is based on a person who has done so much for music and in Canada and around the world.

St. Catharines city council then voted unanimously in favour of naming the pavilion the Neil Peart Pavilion on June 3.

Peart passed away earlier this year at the age of 67 after being diagnosed with brain cancer over three years ago.