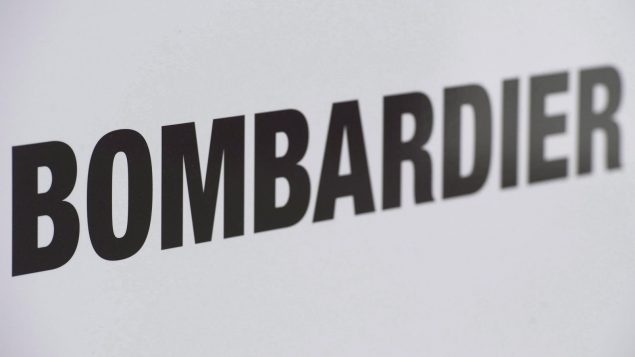 A Bombardier logo is shown at a Bombardier assembly plant in Mirabel, Que., Friday, October 26, 2018. Bombardier Aviation will lay off 2,500 workers, mostly in Canada, because of the pandemic's impact on projected deliveries of its business jets, the company said Friday. (The Canadian Press/Graham Hughes)

Bombardier Aviation announced that they are going to lay off about 2,500 workers due to the challenges amid the COVID-19 pandemic, according to a press release from the company on Friday.

The company said that the business jet sales are expected to be down by 30 per cent year-over-year due to the ongoing pandemic.

“Bombardier must adjust its operations and workforce to ensure that it emerges from the current crisis on solid footing,” the company said in its press release.

The aviation company is reducing its manufacturing capacity by laying off 400 employees in Ontario, and 1,500 employees in Quebec, said Bombardier spokesperson Mark Masluch.

According to CBC News, the rest of the layoffs will be at Bombardier’s international facilities.

Masluch added that the layoffs are permanent, however in some cases, collective agreements could allow for the rehiring of employees.

In response to the layoffs, the International Association of Machinists and Aerospace Workers (IAMAW), which is the union that represents Bombardier employees, believed that with the Canada Emergency Wage Subsidy (CEWS) program, Bombardier had a way to avoid this wave of layoffs.

The IAMAW also said that in Montreal there are 717 workers that are on the (CEWS) program, which is expiring today.

Eric Rancourt, the district 11 business representative for the IAMAW, said that the union had contacted Bombardier on May 27 to reapply for the (CEWS) program, but judging by the layoffs, believes that Bombardier had no intention of moving in that direction.

“We are extremely disappointed that Bombardier is refusing to reapply to the CEWS program for all of its employees,” said David Chartrand, the Quebec coordinator of the machinists’ union.

“It would have been better if the aircraft manufacturer had been more open to its employees in these difficult times.”

Canadian Prime Minister Justin Trudeau said on Friday during his daily press conference that the government would do what they can to help the employees during the pandemic.

With files from CBC News, and Franca G. Mignacca