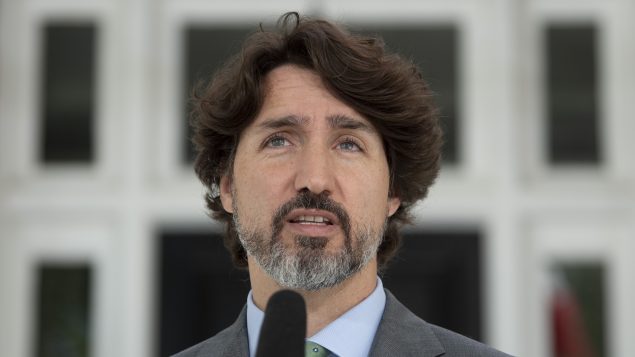 The minority Liberal government is looking at ways of extending a federal program that pays benefits to millions of Canadians who have lost their jobs due to the COVID-19 pandemic, Prime Minister Justin Trudeau announced Monday.

Speaking at his daily pandemic news conference, Trudeau promised to provide an update on the Canada Emergency Response Benefit (CERB) “within days.”

The 16-week income replacement program, which was launched in April, is set to expire soon as the majority of eight million applicants are about to use up their $8,000 limit.

Trudeau said Canadians shouldn’t be worrying about whether they’ll hit the limit of their CERB benefits.

“We’re working on a solution to extend the benefit for people who can’t return to work yet,” Trudeau said.

“We’ll have more details this week, but for today, I want you to know that we’ll continue to be there for you and your family.”

The Liberals will need the support of other parties in the House of Commons to extend the program that has already cost the federal treasury more than $43.5 billion.

The leader of the centre-left New Democratic Party (NDP), Jagmeet Singh, is demanding extension of the CERB as a condition of his party’s support for a key piece of fiscal legislation that is set to be tabled in the House of Commons this week.

The government will present the supplementary estimates on Wednesday and Parliament must pass that bill, which gives the government the authority to spend on programs and services.

The legislation is considered a confidence vote — meaning the government could fall if it doesn’t obtain the support of at least one of the opposition parties for these estimates.

“It’s not acceptable for millions of Canadians to not know what’s going to happen and we want to find a way forward,” Singh told reporters Monday. “We’re having negotiations about that fact that the government needs to release a plan on how they’re going to help Canadians in this crisis.”

Trudeau acknowledged that there is a risk that his minority government could fall and Canadians could be plunged into an election in the middle of the pandemic.

“As usual, in a minority Parliament it would be up to parliamentarians to decide what happens next,” Trudeau said in French. “We will continue to help Canadians and to be there for them.”