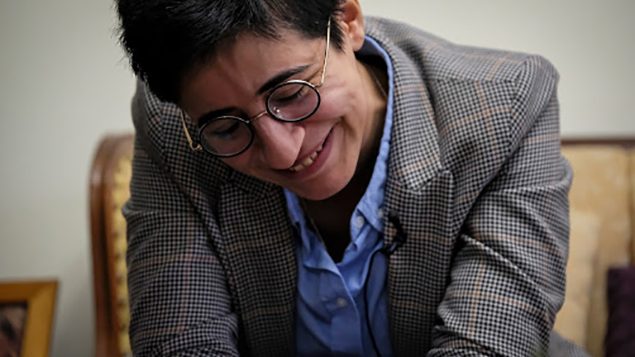 Sarah Hegazi, a prominent Egyptian LGBTQ activist, has died in Toronto after fleeing imprisonment and torture in her homeland. She is being hailed around the world for her bravery. (CBC News)

Sarah Hegazi, a hero to many around the world, is dead at 30

A prominent LGBTQ activist who sought asylum in Canada after being arrested and tortured in her native Egypt has died.

Sarah Hegazi was found dead in her Toronto apartment on Saturday of an apparent suicide.

Hegazi was arrested in the fall of 2017 after waving a rainbow flag at a concert in Cairo by the Lebanese band Mashrou’Leila, whose lead singer Hamed Sinno is openly gay. 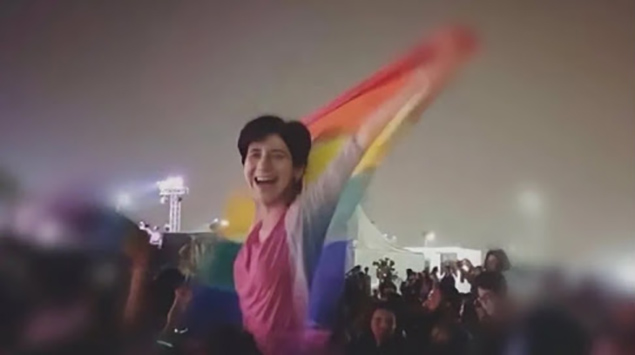 A friend captured a photo of Sarah Hegazi hoisting a rainbow flag at a concert in Cairo in 2017. She was arrested and tortured by the Egyptian authorities not long after. (Amr Magdi/Twitter)

Following a storm of public outrage over the rainbow flags whipped up by Egyptian TV talk-show hosts, authorities carried out a three-week anti-gay crackdown.

The sight of the flag associated with LGBTQ liberation being so prominently displayed at the concert outraged many in the Egyptian establishment.

Hegazi was the only woman arrested in the crackdown.

In later interviews, she said she was tortured by the Egyptian government for three months before her release on bail.

She fled to Canada shortly after.

A month after that, her mother died. 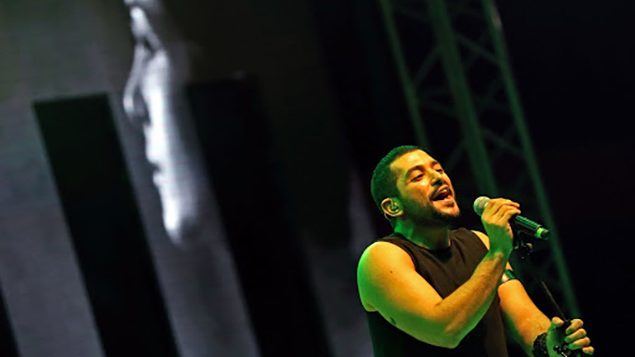 Hamed Sinno, the lead singer of Lebanese band Mashrou’Leila, performs on stage at the Dubai International Marine Club during a music festival in the United Arab Emirate, on April, 7, 2017. (KARIM SAHIB/AFP via Getty Images)

In an interview with CBC News in 2018, Hegazi spoke of the unrelenting trauma caused by her imprisonment, which she said included torture by electric shock.

“I want to get over it and I want to forget,” she said at the time. “But no, I’m still stuck in prison.”

Hegazi described her life in Canada not as one marked by relief or a sense of sanctuary, but of nightmares, depression and panic attacks. 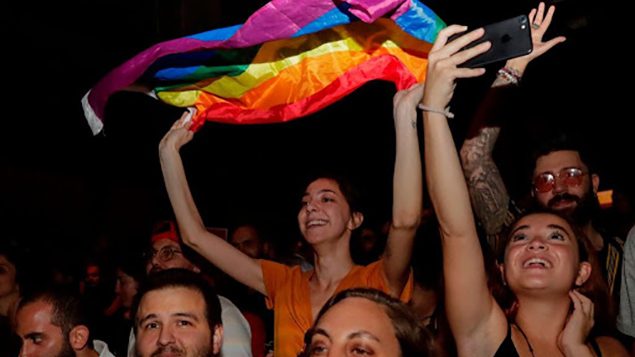 A girl waves a rainbow flag during a concert organized in solidarity with Lebanese indie band Mashrou’Leila in Lebanon’s capital Beirut on August 9, 2019. (ANWAR AMRO/AFP via Getty Images)

The CBC’s Nick Boivert reports Hegazi was also debilitated by severe loneliness after being separated from her mother and younger siblings.

“Home is not land and borders. It’s about people you love,” Hegazi said. “Here in Canada, I haven’t people, I haven’t family, I haven’t friends. So I’m not happy here.”

Boivert reports that Hegazi was grateful for the protection from prosecution provided in Canada, but she dreamed of returning to her homeland to continue her fight against discrimination, Western imperialism and capitalism.

But doing so, she said, would require shaking off the trauma of her imprisonment, which she described as a near-insurmountable task.

“If I get the help and I can feel like I’m finally free from it, I’ll be able to not only help my brother and sister, but hundreds of people who I know need it,” Hegazi said.

She is being remembered for her bravery by mourners around the world.