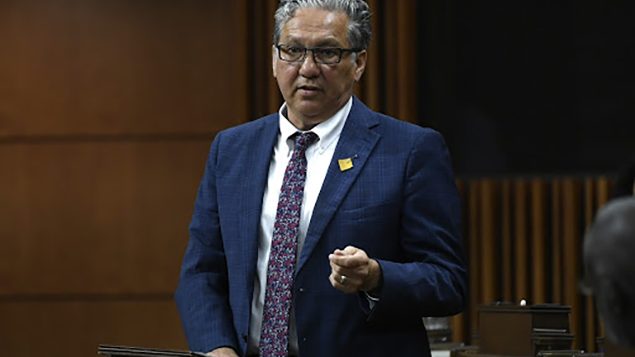 Minister of Northern Affairs Dan Vandal rises during a meeting of the Special Committee on the COVID-19 Pandemic in the House of Commons on Parliament Hill in Ottawa on June 9. (THE CANADIAN PRESS/Justin Tang)

Federal minister is ‘revolted’ by police treatment of Indigenous people

It appears the issue about how–and why–Canadian police treat First Nations people will not be going away anytime soon.

On Tuesday, an Edmonton police officer was arrested and charged with assault for an arrest he made of an Indigenous man last August.

The arrest came as the country’s Minister of Northern Affairs told a House of Commons committee that he has been “revolted” by recent videotaped examples of what he called “police brutality” against Indigenous People in Canada.

Dan Vandal, who is Métis, told the Indigenous and northern affairs committee, that the problem stems from the colonial attitude of Canada’s founding government, whose top policy objectives, he said, were “to civilize, to Christianize and to assimilate Indigenous people into Canadian life.”

“That’s really the basis of the racism. It needs to stop,” Vandal said.

“It needs a dramatic government intervention and I hope our government will be able to lead the way because the images that we saw of police brutality are absolutely unacceptable.

Vandal’s comments came as Edmonton Police Constable Michael Partington was arrested and charged following the recent surfacing of a video on social media of an incident that appears to show an officer walking up to an Indigenous man under arrest and driving a knee into the prone man’s back while he was lying on the ground.

The Edmonton Police Service said in a news release that Partington, a four-year member of the force, had been charged with assault in the incident involving Elliot McLeod and that Partington had been removed from duty without pay.

CBC News reports that court records show McLeod, 33, has a lengthy criminal record and is in custody awaiting trial after being charged in a second-degree murder case earlier this year.

In an exclusive interview with CBC News late Monday afternoon, McLeod said the officers subsequently took him down a side street and assaulted him twice while he was handcuffed, at one point with a bag over his head.

“After he arrested me, throwing me into his cop car, he dragged me out of that cop [vehicle] twice while I was in cuffs and assaulted me,” McLeod said on a phone interview from the Edmonton Remand Centre. “This is what I am trying to get justice for.” 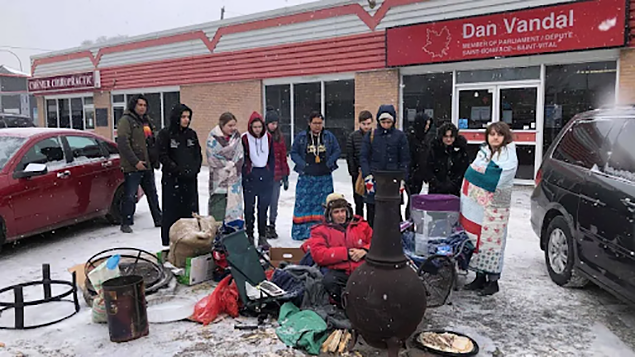 Demonstrators gathered outside Minister of Northern Affairs Dan Vandal’s constituency office in Winnipeg in February in solidarity with opponents of the proposed Coastal GasLink pipeline in B.C. (Submitted by Bianca Ballantyne)

Partington’s arrest came as The Alberta Serious Incident Response Team, an independent body which investigates deaths or injuries involving police, continues its investigation of allegations by Athabasca Chipewyan First Nation Chief Allan Adam that he was assaulted by RCMP officers when he, his wife, Freda Courtoreille, and their niece were leaving a local casino in downtown Fort McMurray around 2 a.m. on March 10 after police stopped him for an expired licence plate.

Last Thursday, CBC News broadcast a video of the incident that showed an RCMP officer jump-tackling the chief to the ground without warning, punching him in the head and putting him in a chokehold.

The week before, a video surfaced that appeared to show an RCMP officer in Nunavut using his truck’s door to knock a man over before arresting him. That incident is also under review.

As well, two Indigenous people have been shot dead by police in New Brunswick this month — Chantel Moore was killed during what was supposed to be a wellness check by Edmundston police department officers and Rodney Levi was killed after the RCMP was called to deal with an “unwanted person” at a barbecue. 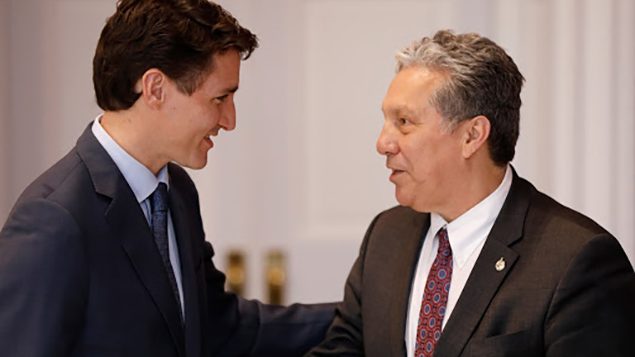 Dan Vandal (right) is embraced by Prime Minister Justin Trudeau after being sworn-in as Minister of Northern Affairs during the presentation of Trudeau’s new cabinet, at Rideau Hall in Ottawa, Ontario, Canada November 20, 2019. (REUTERS/Blair Gable)

“For me personally, they’re revolting,” Vandal said of the images of some of those incidents that have been widely shown on television and online.

“It’s something that really our country, our society can no longer put up with.”

Miller and Bennett both pointed to community-based Indigenous policing, which the government is working to advance, as part of the solution.