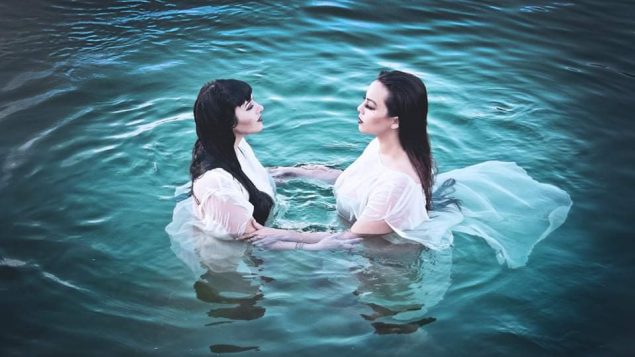 The duo PIQSIQ is among the new generation of Inuit throat singers who are reaching out to a wider audience. (Handout/PIQSIQ website)

This week marks the beginning of this Safe&Sound music column dedicated to Canadian artists, and as we are celebrating on this coming Sunday, June 21, the National Indigenous Peoples Day, this first edition will be dedicated to a very special vocal tradition from Canada’s Inuit people: throat singing.

Throat singing (also called “katajjaq” in the Inuit inuktitut language) is an ancient kind of vocal technique traditionally used by groups of two or more Inuit women producing trance-like, guttural sounds  intertwined thanks to circular breathing. It is not exactly considered as music, but more as a game that girls would play, in a kind of competition where the first to lose their breath or burst out in laughter loses the game. The vast array of vocal abilities displayed, with several notes being emitted at the same time, is truly impressive.

“Katajjaq” started making international headlines when the world-famous artist Björk collaborated with the extraordinaire singer Tanya Tagaq on her 2004 album Medúlla. To discover the different techniques involved in throat singing, check out the following video where Tanya Tagaq demonstrates how to breathe while producing a variety of noises.

Throat singing has been making strides in the mainstream Canadian scene over the last few years. But it took a while. In the last 15 years Tanya Tagaq had been nominated three times for Canada’s top music prize before she finally reached official recognition in Canada, winning two Juno Awards in 2015 and 2017 – and not only in the Indigenous Album category.

With a population of about 65,000 people according to the latest 2016 census, the Inuit compose the smallest of the three Indigenous groups and originate from the Arctic territories of Nunavut, Northwest Territories, Northern Quebec and Labrador.

Most of Inuit artists are now based in southern Canada, in cities like Montreal, Ottawa, Toronto or Vancouver for their careers, but they are aware that the Inuit people are a vulnerable minority and concerned that their ancestral customs might be appropriated.

In 2019, several Inuit throat singers boycotted the Indigenous Music awards (IMA) because a Cree singer who was part of the competition had included throat singing while she is not Inuit. The polemic even made it to the English newspaper The Guardian. 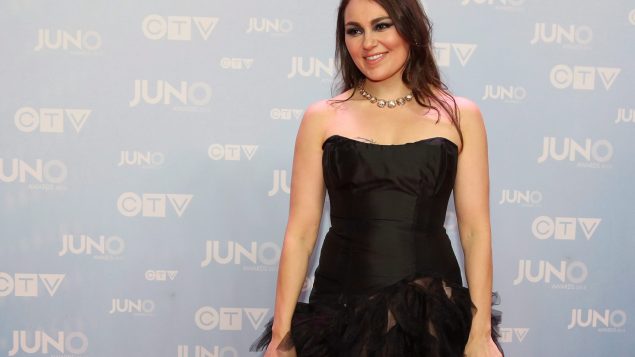 The singers who rebelled against what they saw as cultural appropriation had in the past collaborated with non-Inuit musicians: Tagaq performed her art with another Arctic artist (Björk is from Iceland), and Inuk singer Tiffany Ayalik from the duo Quantum Tangle, throat sang with the Anishinaabe-Métis soul singer Grey Gritt —  with whom she won a Juno Award in 2017.  But the Inuit singers – not their non-Inuit partners – were performing their very own “katajjaq”.

Tiffany Ayalik, who now sings with her sister, sees throat singing not only as a musical expression, but “a radical, political act of cultural revitalization.” In Canada, throat singing has long been prohibited by Christian missionaries, and was almost lost. Elders rescued the ancestral custom by teaching it to younger generations, who are now bringing it to the forefront of the mainstream Canadian music scene.

Tiffany Ayalik and her sister Kayley Inuksuk Mackay make up the duo called PIQSIQ. Originally from  Nunavut, they grew up in Yellowknife, NWT, where Artic night consumes most of the year and endless sunlight shines for two short summer months.

These weather extremes have influenced their compositions, and even the name of their duet. ‘Piqsiq’, which in Inuit’s Inuktitut language, refers to a strange kind of snowstorm where winds blow in a very specific way, making it look like the snow is falling back up towards the sky. The beginning of the video for their latest album Altering the Timeline illustrates the natural phenomenon of the ‘Piqsiq’, or Arctic blizzard blowing upwards.

On their website, the two sisters say the direction for the album sparked during a spontaneous jam session with DJ Ruby Singh at the Calgary Folk Music Festival in the summer of 2018.  They explain that as they throat sang, Ruby beat-boxed and with this first collaboration ideas began to flow.  One of their main tracks, Echoes & Electricity, was filmed on the banks of a river as a storm rages in the distant background. Extraordinary vision. Magic moment.

If you are interested in throat singing, time is ripe to discover a brand new generation of Inuit throat singers like the electropop singer Riit – who is in the running for both a Polaris Music Prize and a Juno award  –  and the duo Silla and Rise, also nominated for a Juno.

Following the cancellation of the 49th Juno Awards that was to be held in Saskatoon, Saskatchewan on 15 March 2020, the event’s organizers announced that they will reveal the winners during a virtual ceremony to be held on June 29 at 7pm ET on the free CBC Gem streaming service, as well as on CBC Music’s dedicated website and social media.

The shortlist of nominees for the Polaris Music Prize will be disclosed on July 15, and the winning album will be revealed this fall.