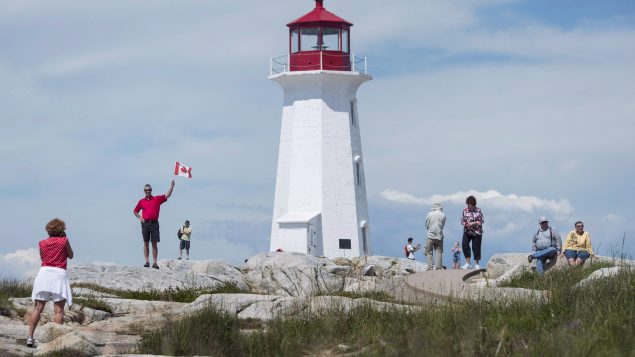 Keith Boutilier, second from left, poses with a Canadian flag for his wife France Boutilier, left, in Peggy's Cove, N.S., on Canada Day, July 1, 2016. Newfoundland and Labrador, New Brunswick, Prince Edward Island and Nova Scotia have agreed to open their borders to each other as of July 3 as as COVID-19 case numbers remain low in each province. (Darren Calabrese/THE CANADIAN PRESS)

Canada’s four Atlantic provinces have agreed to open their borders to each other as of July 3, the Council of Atlantic Premiers announced Wednesday in a news release.

The agreement means that residents of Newfoundland and Labrador, New Brunswick, Prince Edward Island and Nova Scotia, will be allowed to travel between the Maritime provinces without the requirement to self-isolate when crossing provincial boundaries.

Visitors from other Canadian provinces and territories must adhere to the local entry requirements in place in each of the four jurisdictions. Other Canadian visitors to the Maritime provinces that have self-isolated for 14 days may travel within the Maritime region, the premiers of four Atlantic provinces said.

“Nova Scotians and Atlantic Canadians have worked hard to flatten the curve and we’re now in a place where we can ease restrictions within our region,” said Premier Stephen McNeil.

The agreement will allow families to travel and vacation this summer, boosting Atlantic Canada’s tourism and business sectors, he added.

“We’re looking forward to welcoming our neighbours back,” said McNeil. 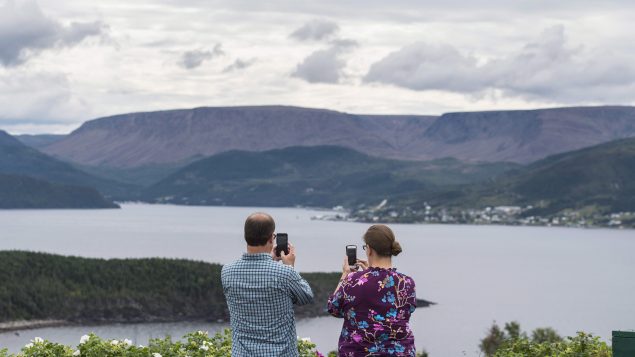 Tourists take pictures with their mobile phones of the Gulf of St. Lawrence in Gros Morne National Park, Newfoundland and Labrador, on Monday, August 15, 2016. The government of Newfoundland and Labrador is launching a $25 million program to support the tourism sector that has been hit hard by the COVID-19 pandemic. (Darren Calabrese/THE CANADIAN PRESS)

Still authorities urge Canadians to not let their guard down.

“I encourage Nova Scotians, and all Atlantic Canadians, to follow public health measures in this province and in any neighbouring province they visit,” McNeil said. “COVID-19 remains a risk and we must do all we can to prevent this virus from getting a stronger foothold in our region.”

All public health directives present in each province must be adhered to, including not traveling if you have any symptoms of COVID-19 and practising physical distancing and good hand hygiene, he said.

Each province will choose their own processes to track and monitor travelers.

New Brunswick is the only Atlantic province with active cases. It has 20, including one case announced Tuesday, which is travel related. Of New Brunswick’s 165 total confirmed cases, two people have died.

P.E.I. has had only 27 confirmed cases of COVID-19, and none since April 28. There have been no deaths or hospitalizations. The province began to allow seasonal residents into the province this month despite some opposition from the public.

Newfoundland and Labrador had 261 cases and 3 deaths due to the pandemic. It hasn’t had any new cases since May 28.