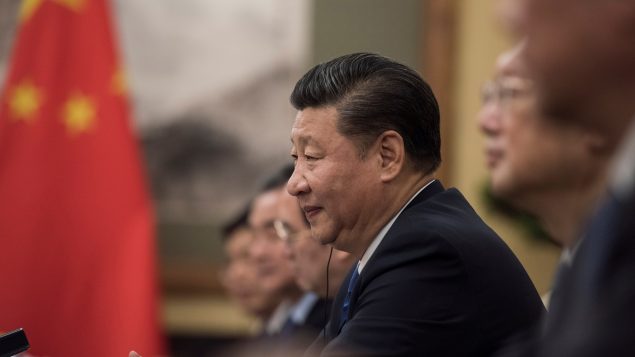 Do not appease China with ‘prisoner exchange,’ experts warn Trudeau

A group of Canadian security experts is urging Prime Minister Justin Trudeau to resist growing pressure for a Cold War-style swap of a top Huawei executive held under house arrest in Canada in exchange for two Canadians jailed in China in apparent retaliation for her arrest.

The open letter, signed by 30 academics, former diplomats and China watchers, comes in response to a letter by another group of prominent Canadians urging Trudeau to release Huawei chief financial officer Meng Wanzhou, who is wanted by the U.S. for alleged fraud, in exchange for the release of former diplomat Michael Kovrig and entrepreneur Michael Kovrig.

Kovrig and Spavor, who’ve come to be known as the Two Michaels, were arrested separately nine days after Canadian authorities, acting upon a U.S. arrest warrant, arrested Meng on Dec. 1, 2018, during a layover at the Vancouver airport.

The open letter urging Trudeau to exchange Meng for the Two Michaels, said the federal government is wrong to claim it doesn’t have the legal authority to intervene in the Meng extradition case.

The 19 signatories of the June 23 letter said Justice Minister David Lametti should set aside concerns about the rule of law — specifically Canada’s obligations under its extradition agreement with the U.S. — and politically intervene to end the British Columbia court proceedings that involve Meng.

But the signatories of the June 26 letter, posted on the Macdonald-Laurier Institute website, argue that “these arguments are not only wrong in principle but would involve Canada betraying important values and letting down a number of our key allies.” 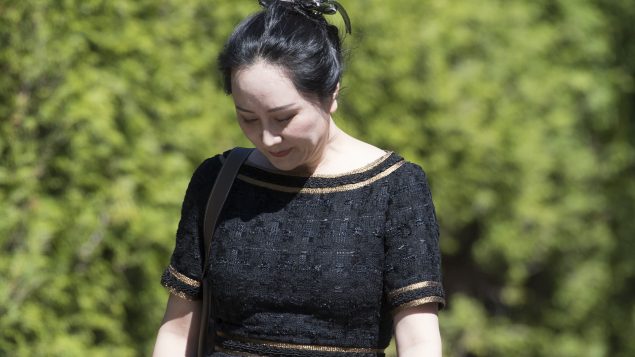 This would be no “prisoner exchange,” signatories of the Friday letter wrote.

“That assumes a false equivalence between Canada’s legitimate arrest of Meng in accordance with our legal obligations and China’s kidnapping of Kovrig and Spavor – an equivalence as spurious as it is heart-breaking,” the letter said.

“Such an exchange would be nothing less than the abandonment of the rule of law and acceding to the demands of hostage-takers.”

Historically the federal government has only declined to extradite suspects in very narrow and exceptional cases, the letter said.

“What is being asked of us in Meng’s case is that we abandon this honourable tradition, not because of some flaw in the extradition case brought by the Americans, but because China is holding our citizens hostage,” the letter said. “The integrity of the rule of law and our judicial system requires that we decline to do so.”

A prisoner exchange would confirm for China’s Communist rulers the value of kidnapping Canadian citizens, the letter added.

“Once we capitulate, China–and other authoritarian regimes–would reasonably expect us to do so again,” it said. “If Canada were to ban Huawei from our 5G networks, to pick just one example, what would stop China from simply taking more Canadians hostage to get us to change our minds?”

‘A hallmark of a strong and free society’ 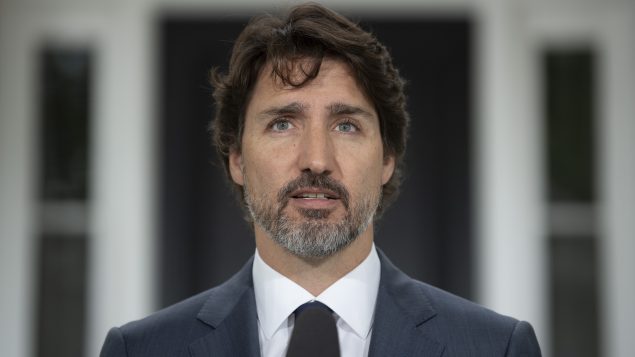 Prime Minister Justin Trudeau looks at the camera as he responds to a question about China during a news conference outside Rideau Cottage in Ottawa, Thursday, June 25, 2020. (Adrian Wyld/THE CANADIAN PRESS)

Speaking to reporters on Friday, Trudeau reiterated his opposition to interfering in the judicial process and handing Meng over to China in exchange for the release of the Two Michaels.

Trudeau said the opposing views expressed by the two groups of prominent Canadians were a sign of a “country that encourages freedom of expression.”

“I think it is a hallmark of a strong and free society that we can have big debates about really important issues while at the same time the government can be absolutely unequivocal about our approach to this issue,” Trudeau said.

The process of securing the freedom of the Two Michaels is a “long and difficult one,” he said.

“This is a frustrating situation for many Canadians and we need to bring these Michaels home,” Trudeau said.

The federal government is working “extremely hard behind the scenes,” he added.

“We are working very clearly in public as well, rallying partners and allies around the world to continue to highlight to China their concern, not just the fact that they have arbitrarily detained two Canadians but, of course, their concern that their country or their citizens could be next in this approach to putting pressure on foreign governments that China seems to have undertaken,” Trudeau said.

The federal government is very pleased by the support Canada has received from friends and allies on this issue, he added.