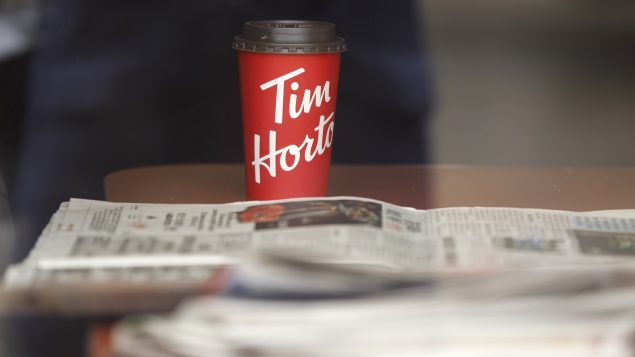 The Tim Hortons mobile application is under investigation after media reports raised concerns about how the app may be collecting and using data about people’s movements and locations. A Tim Hortons cup is seen inside a Tim Hortons restaurant in Toronto, Friday, March 6, 2020. (The Canadian Press/Cole Burston)

The Office of the Privacy Commissioner (OPC), Canada’s privacy agency, announced today that they are investigating the Tim Hortons mobile application after media reports raised concerns about how the app may be collecting and using data about people’s movements and locations.

The OPC, alongside similar agencies in Quebec, British Columbia and Alberta, said that they will be investigating whether or not the Tim Hortons mobile application is in compliance with the Personal Information Protection and Electronic Documents Act (PIPEDA), which is Canada’s federal private sector privacy law.

“The federal Privacy Commissioner’s office considers this to be an issue of great importance to Canadians given the privacy issues it raises,” the OPC said in a statement. “Geolocation data can be very sensitive as it can reveal information about the habits and activities of individuals, for example, medical visits or places that they regularly frequent.”

The OPC also said that they are specifically looking at whether or not the Tim Hortons app is getting meaningful consent from consumers to collect and use their geolocation data, and whether or not the collection and use of the data is appropriate.

The Financial Post recently reported on the application’s use of geolocation data that allows it to track the users whereabouts when they go about their daily lives even when the app is not in use.

In an emailed statement to CBC News, Tim Hortons said that they will fully cooperate with the investigation and are confident that they’ll be able to resolve the issue.

“Since Tim Hortons launched our mobile app, our guests always had the choice of whether they share location data with us, including ‘always’ sharing location data — an option offered by many companies on their own apps,” Tim Hortons said.

“We recently updated the Tim Hortons app to limit the collection of location data to only while guests have our app open, even if a guest has selected ‘Always’ in their device settings.”