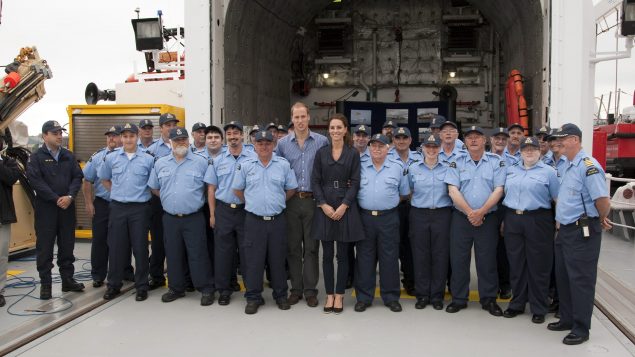 The Duke and Duchess of Cambridge pose for a picture with the crew of the Canadian Coast Guard Cutter Edward Cornwallis, Monday, July 4, 2011 in Summerside, P.E.I. The federal government says it is working with Indigenous communities to find a new name for the icebreaker named after a controversial 18th century British officer who called for the destruction of Mi'kmaq people. (Ryan Remiorz/THE CANADIAN PRESS)

The federal government has partnered with Indigenous communities in Atlantic Canada to find a new name for a Canadian Coast Guard icebreaker named after a controversial 18th century British military officer who offered a bounty for the scalps of Mi’kmaq people.

Fisheries and Oceans Minister Bernadette Jordan, who is responsible for the coast guard, issued a statement Tuesday saying Ottawa wants to work with the Assembly of Nova Scotia Mi’kmaw Chiefs to recommend a new name for the Canadian Coast Guard ship (CCGS) Edward Cornwallis.

Jordan said renaming the Cornwallis will be another step in reconciliation with Canada’s Indigenous peoples and “in righting the wrongs of our country’s past.”

“As we make way for a new name, one chosen in partnership with the Mi’kmaq people, we have a new opportunity to shine a light on a leader whose actions embody the values we hold today,” Jordan said in a statement

Cornwallis is perhaps best known as the man who founded Halifax in 1749, but his mission to establish a garrison included eliminating Indigenous resistance and, at one point, approving a scalping proclamation to “take or destroy the savages.”

The federal government says Cornwallis sought to drive the Mi’kmaq from their lands through “barbaric measures.” 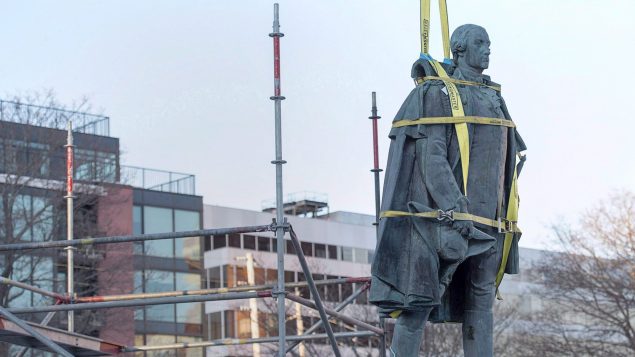 Contractors remove the statue of Edward Cornwallis, a controversial historical figure, in a city park in Halifax on Wednesday, Jan. 31, 2018. Cornwallis, the military officer who founded Halifax in 1749, offered a cash bounty to anyone who killed a Mi’kmaw person. (Andrew Vaughan/THE CANADIAN PRESS)

Jordan said Cornwallis’ legacy does not reflect the values Canadians hold today, and his name is a painful reminder to many Indigenous peoples of the racism and inequality their ancestors endured and that many still face today.

“The Mi’kmaq have called this land home since time immemorial, however, the dark legacy of early settlers continues to serve as a painful reminder of the inequalities that still exist today,” said in a statement,” Chief Terry Paul of Membertou said in the release.

Cornwallis’s name has already been removed from a church and a school in Halifax, and a street in Sydney, N.S. In January 2018, a statue of the man was removed from a park in downtown Halifax.

The ship entered service in 1986 and its home port is the Canadian Coast Guard base in Dartmouth, on the east side of Halifax harbour.

Earlier this year, a $12.1-million contract was awarded to Shelburne Ship Repair to refit the vessel to extend its service. That work is expected to be completed early next year.

Jordan will announce the name of the vessel before it leaves the Shelburne Shipyard later this year, the news release said.