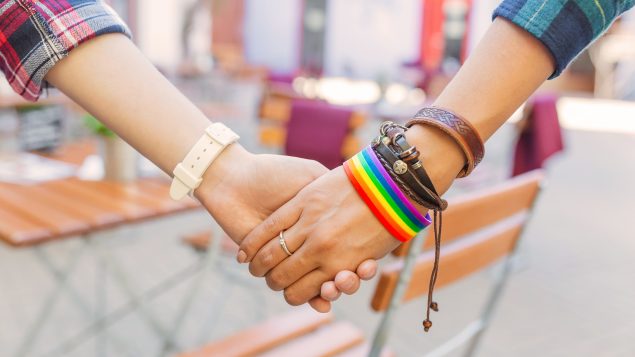 The federal government is changing its interpretation of "parent" under the Citizenship Act to eliminate a legal hurdle facing same-sex couples who have children abroad. (iStock)

The federal government is moving to change the interpretation of “parent” under the Citizenship Act to allow non-biological Canadian parents to pass down Canadian citizenship to their children born abroad, Immigration Minister Marco Mendicino announced Thursday.

Mendicino said the measure is aimed at Canadian parents who have relied on assisted human reproduction to start a family, including same-sex spouses and couples with fertility issues.

Until now, a child born abroad was automatically recognized as a citizen at birth only if the child shared a genetic link to the Canadian parent or if the child was born to a Canadian parent in the first generation, according to Immigration, Refugees and Citizenship Canada (IRCC) rules.

“This change by Immigration Refugees and Citizenship Canada means that non-biological legal parents at birth and biological parents are now viewed equally as a child’s parent for the purposes of citizenship by descent,” Mendicino said in a statement.

“Canadian LGBTQ2+ families and parents experiencing fertility issues have waited too long for this important day.”

The change comes after a years-long fight by Laurence Caron and her Dutch-born wife, Elsie van der Ven.

The two women decided to start a family while living in the Netherlands. Van der Ven bore the couple’s first child, Benjamin.

When Caron went to the Canadian Embassy in The Hague to obtain Canadian citizenship for Benjamin, the family ran into legal hurdles.

“We were shocked, disappointed and very hurt,” Caron told reporters today. “We always thought Canada would have our back but the reality was different.”

The child was not entitled to citizenship because Caron had no biological link — her biological material was not used for his conception. He was denied a Canadian passport. The only option remaining for Caron was to sponsor the child for an immigration application — a costly and lengthy process.

Mendicino applauded Caron and van der Ven for challenging the system in court.

The Superior Court of Québec affirmed that the IRCC’s new interpretation of “parent” recognizes equally biological parents and legal parents at birth, and the Charter of Rights and Freedoms protects this interpretation under the law, Mendicino said.

“Getting citizenship for our son was a long, sometimes hurtful and frustrating journey,” Caron and van der Ven said in a statement.

“We are extremely happy and relieved that the court corrected this discriminating policy, not only for our family, but also for many same-sex and non-traditional families around the world who could not get Canadian citizenship for their children.”