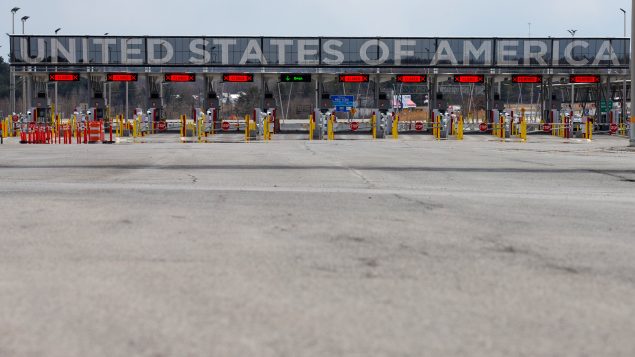 Canada-U.S. border closure to be extended for another 30 days, CBC reports

Ottawa and Washington have agreed to extend restrictions on travel across the Canada-U.S. border for another 30 days, CBC News reports.

Senior government officials have confirmed to CBC News that the agreement, which was set to expire on July 21, will be extended into August, the report said.

Officials at the Prime Minister’s Office contacted by Radio Canada International said they could not confirm the report “at this time.”

The partial border shutdown has now been renewed four times since the border closed to non-essential traffic on March 21.

News of the extension was first reported by Reuters.

About $2 billion worth of trade crosses the Canada-U.S. border in both directions every day.

The two countries pride themselves on having “the longest undefended border” in the world.

Canadian government officials told CBC News they expect the border to stay largely closed for the foreseeable future, despite calls from U.S. members of Congress to consider a phased plan for reopening.

However, with the U.S. having more than 3 million people diagnosed with COVID-19, several Canadian premiers, as well as members of the opposition have urged Prime Minister Justin Trudeau to extend the travel restrictions until the situation south of the border improves.

“As pressure increases to open the border with the U.S., the Canadian government needs to be clear with their U.S. counterparts that the number one priority must be the health and safety of Canadians,” said in a statement Don Davies, New Democratic Party’s health critic.

“The news coming out of the U.S. is troubling. There are COVID-19 flare-ups all over the country and, in many states, the number of cases is growing at an alarming rate.”

This makes it dangerous and unwise to re-open the border at this time, Davies said.

“Canadians have made a lot of progress flattening the curve by listening to public health advice over the past months,” Davies said. “Re-opening the border prematurely will jeopardize all that we have gained to date.”

Speaking to reporters on Monday, Trudeau said the situation in the U.S. in regards to COVID-19 “continues to be complex.”

“Every month, we have been able to extend the border closures to all but essential goods and services and those discussions are ongoing,” Trudeau said.

Recent polling suggests that more than 80 per cent of Canadians favour keeping the border restrictions in place.

With files from Katie Simpson and David Cochrane of CBC News