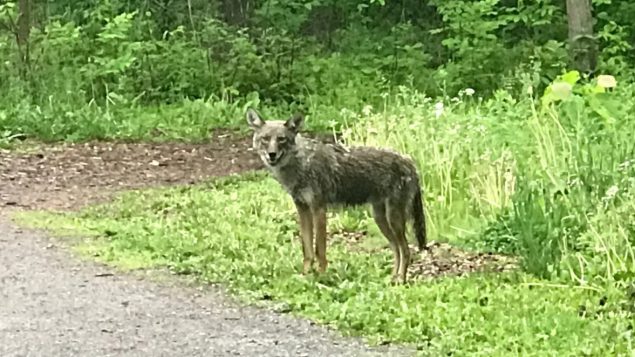 Image of a coyote in the Riverside neighbourhood in Ottawa believed responsible for some of the attacks in May and June. Police pursued this coyote after it attacked a dog near Beryl Gaffney Park in Barrhaven on Thursday, but the animal escaped. (Submitted by Carol Anne Meehan)

A woman and her friends in Kamloops, British Columbia, had a terrible experience after  they, their dogs, and a pack of coyotes tangled.

One returned when called but was trailed by two coyotes. Simkins called her friend nearby who ran over, followed by her husband a few moments later.

Two dogs were back in Simkins control, but her friend found one facing off against a coyote and  she was bitten before the coyote was scared off. Her husband fount the other surrounded by a pack of six coyotes. The group with the dogs left the area but said the coyotes followed them for some distance. Two dogs and the woman suffered minor bite wounds. 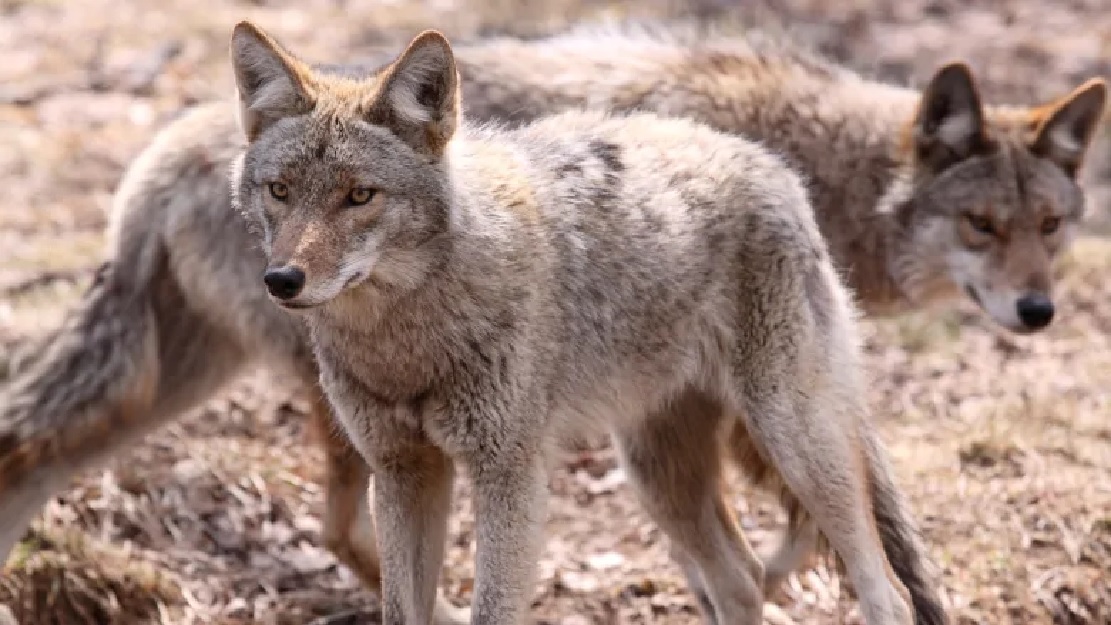 The latest incident (July 9) in Kelowna B.C involved as many as 6 coyotes (Shutterstock / karl umbriaco))

A woman jogging in early July on her property near Kelowna was stalked by a group of coyotes, but was saved by her dog who distracted them. The dog suffered some injuries requiring emergency care.

Much further away a popular trail in Winnipeg’s Assiniboine forest has been temporarily closed after reports of aggressive ‘stalking’ behaviour by coyotes there. 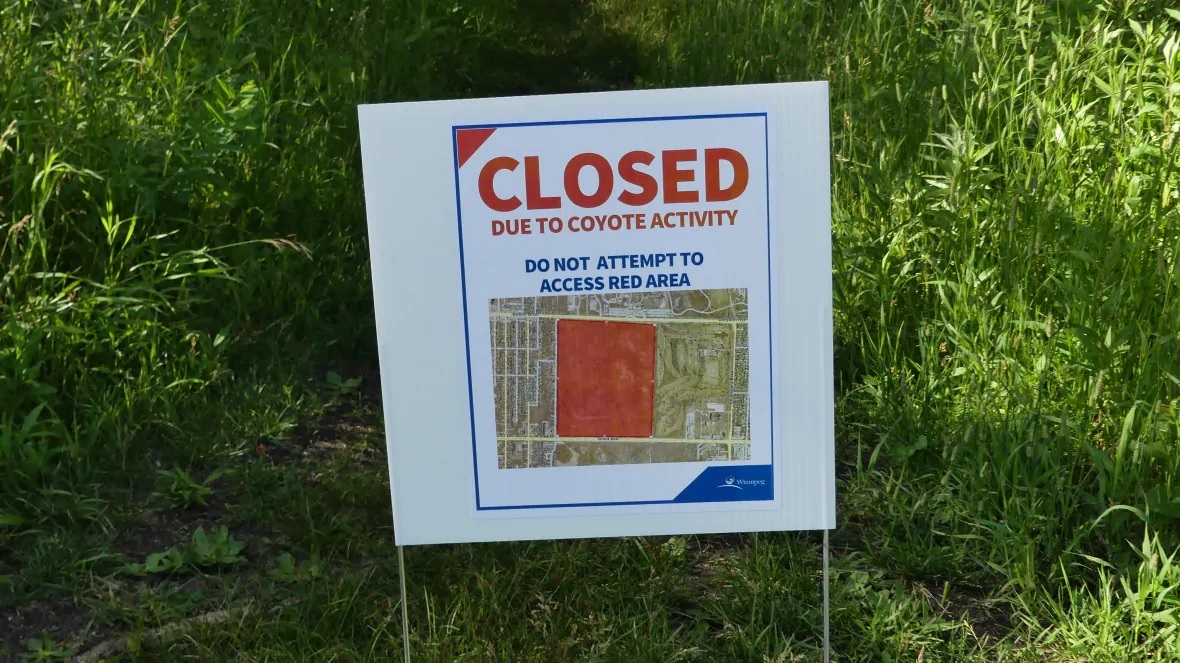 The City of Winnipeg has temporary closed much of Assiniboine Forest in the city because of a potential aggression by coyotes. (Walther Bernal/CBC )

While  coyotes are normally afraid of humans, conservation officers say adults can become aggressive at this time of the year when they are protective of young pups.

Many have noted a more daring and aggressive nature of coyotes as they move closer into urban areas and adapt to humans even in the heart of cities.

Many cities have reported coyotes snatching small dogs and cats even from people’s backyards.

Last month in Ottawa, the national capital. a man was bitten on the leg in one incident, and a small dog was attacked by a coyote who was chased off, and in May several residents walking, jogging, or riding a bicycle report being stalked by a coyote.

Official recommend always keep dogs on a leash and keep bear spray handy if going into areas where there might be coyotes, and be aware of their surroundings.