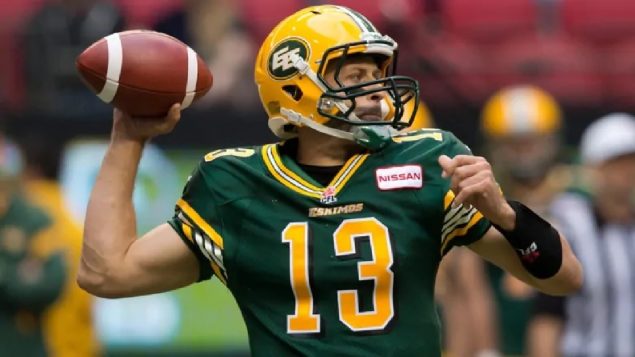 The issue of potentially offensive names of North American sports teams, primarily those referencing aboriginal groups, has waxed and waned in the past many years. The concern has gained new strength recently over the issue of racism particularly sparked by the death of George Floyd, an African-American, while being arrested by police.

The Canadian Football League team, Edmonton Eskimos, has been among those under fire for the name, but has consistently decided against a name change while saying they are nonetheless consulting on the issue.

The issue gained importance for the team when a sponsor, insurance firm Belairdirect, said they’d sever relations if there was no name change..

The professional sports team was founded in 1949 with the name, which other teams in and around the city have used that name going back more than 100 years.

As part of the consultation process about the name, the team published an online survey, which apparently explained the name choice for the first time, One of the questions was prefaced with the statement, “The name Edmonton Eskimos was originally chosen more than 100 years ago out of acknowledgement, perseverance, and hardiness of Inuit culture.

The team has released some figures showing their consultation shows that a slight majority of Inuit-who had previously been known as Eskimos- are in favour of keeping the name. 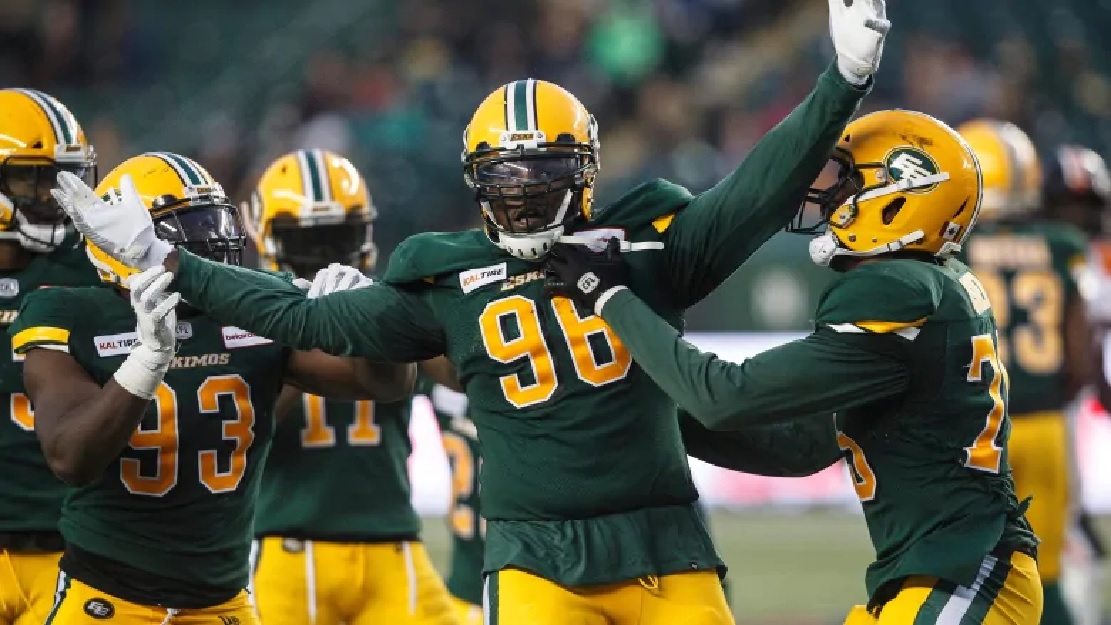 Edmonton Eskimos celebrate a sack against the B.C. Lions in Jun 2019. Although they said this week the Inuit of the north support the name, pressure is mounting and an announcement on the name made be made at the end of the month.. (Jason Franson/The Canadian Press)

Recently in their just released 2019 financial report they indicate that support for the western-Canadian team among Inuit in the western Arctic is high at 78 percent. further east in Nunavut there is still majority support for the name, but only 55 per cent.  In the eastern Arctic where there is little connection to the team, the support drops to 31 per cent.

In the report on Wednesday, in which the team noted a financial loss of $1.1 million, the chair of the board of directors, Janice Agrios, said For the Inuit who view the Edmonton Eskimos name positively, the dominant theme is pride. The concept that a sports team with national recognition chooses to use the name of a relatively small group of people is seen as a nod of respect and admiration.

The team also says it will however continue to consult with the Inuit, stakeholders and ticketholders regarding the future of the name. An update will be provided at the end of the month.

Earlier this month the organisation overseeing hundreds of minor league teams is looking at a rule change to allow it to order teams to change the names if they are deemed racists or offensive.

Hockey Manitoba is meeting to discuss what action it might take. One of the targets is the senior men’s team the Morden Redskins, which has up to now resisted calls for a name change. The city’s mayor and other community members last week again called for the team to change the name.

The southern Manitoba city’s senior men’s baseball team, Morden Mohawks, said this month that it will change its name.

Hockey Manitoba will only be able to modify its regulations and authority over team names during its semi-annual general meeting in January, so if  the rule change is accepted, it could come into effect in the fall of 2021.

In the U.S, the Washington Redskins football team has announced it will retire the name which it has used since 1933. The move came after a major sponsor suggested a change, No timeline has been given.

Also in the U.S, the Atlanta Braves baseball team says the name will stay as will the name of the NHL hockey Chicago Blackhawks who say the name honours an important historical figure, Black Hawk of the illinois  Sac and Fox Nation.

The Cleveland Indians baseball team has been non-committal saying they are continuing discussions on the name.although they dropped their Chief Wahoo’ mascot in 2018.