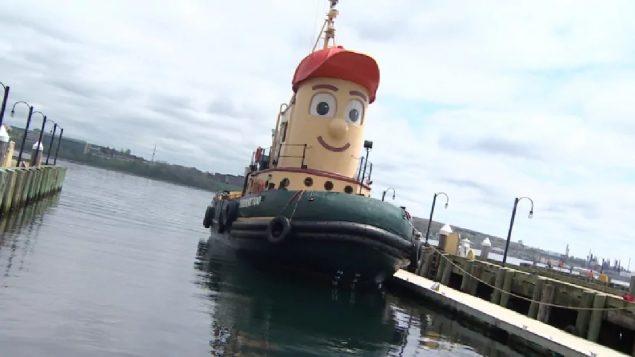 Probably the most famous tugboat ever, HalIfax Welcome Ambassador and tour boat, is now for sale (CBC)

Theodore (Too) Tugboat is for sale

One of the most popular international childrens shows was that of the Canadian production of Theodore tugboat.

A CBC production, it was set in Halifax harbour in Nova Scotia (called Big Harbour in the show) and form 1993 to 2001 there were 130 episodes filmed with the late Denny Doherty (of the Momas and Papas). The Halifax native portrayed the human ‘harbour master’ narrator. The show eventually saw distribution to some 80 countries. 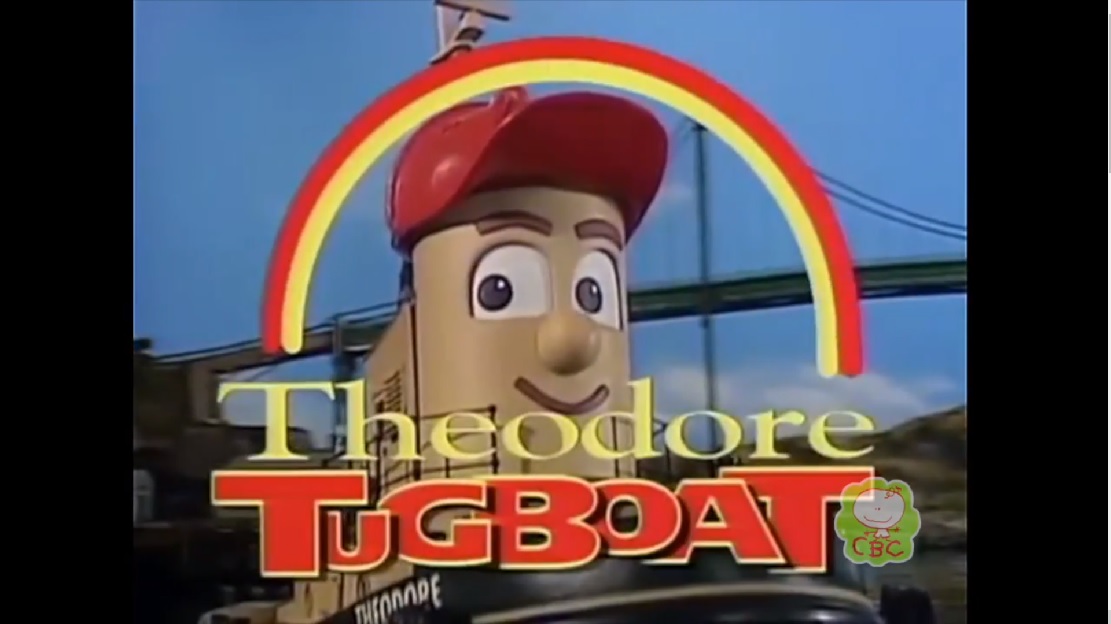 The Halifax-based Theodore Tugboat show- was an international hit. Theodore Too, was built as a real lifesized exact copy ship. (CBC TV)

What is perhaps less known is that an actual lifesized tug was built in Nova Scotia in 2000 to be an exact replica of Theodore, the main character of the show.

Theodore (the real tug) is now up for sale, a victim of COVID, a lack of tourists, and rising costs.

Owners Ambassatours Gray Line, which has owned ‘Theodore Too’ since 2015, indicated that in spite of some 10,000 passengers in its best summers, they’ve been subsidising the ship and tours for years as a sort of goodwill operation often allowing use for charity events and community initiatives. They said popularity has waned in the last couple of years and it never really made a profit. 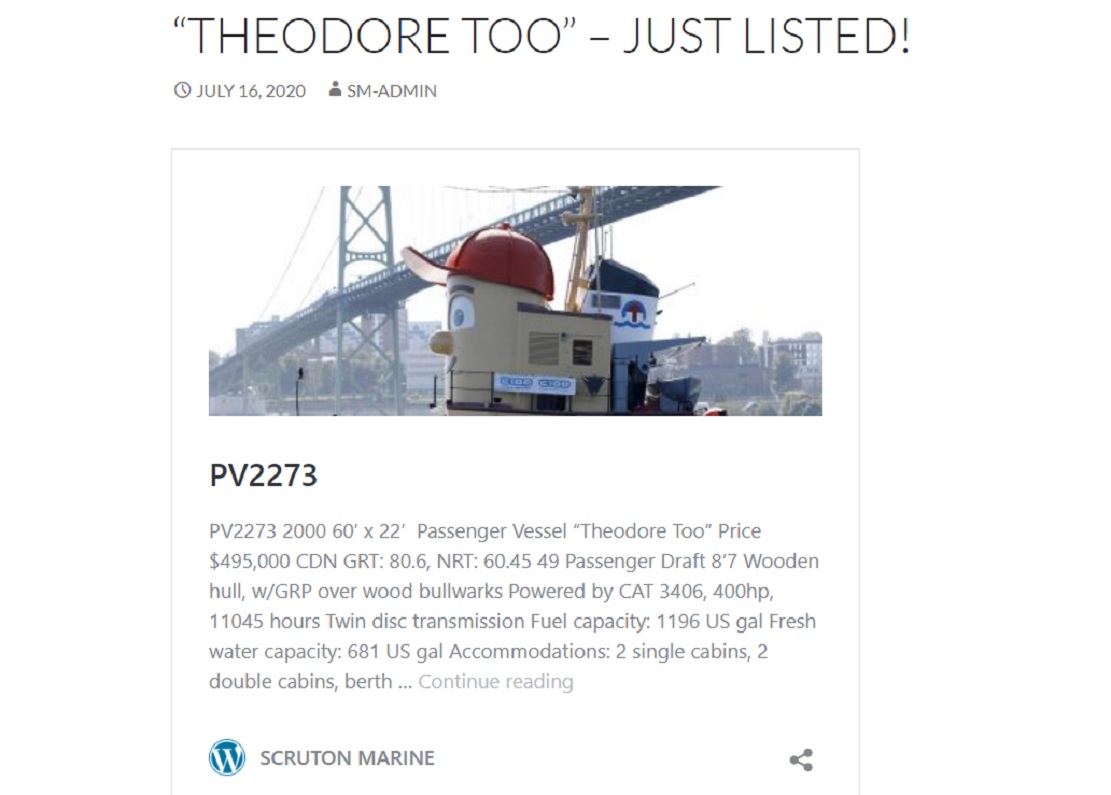 They’ve put Theodore (the real tug) up for sale, a victim of COVID, a lack of tourists, and a need to concentrate on their other tour operations.

The ship which has sleeping for eight, a rated passenger capacity of 49, two washrooms (heads) and kitchen and dining areas. 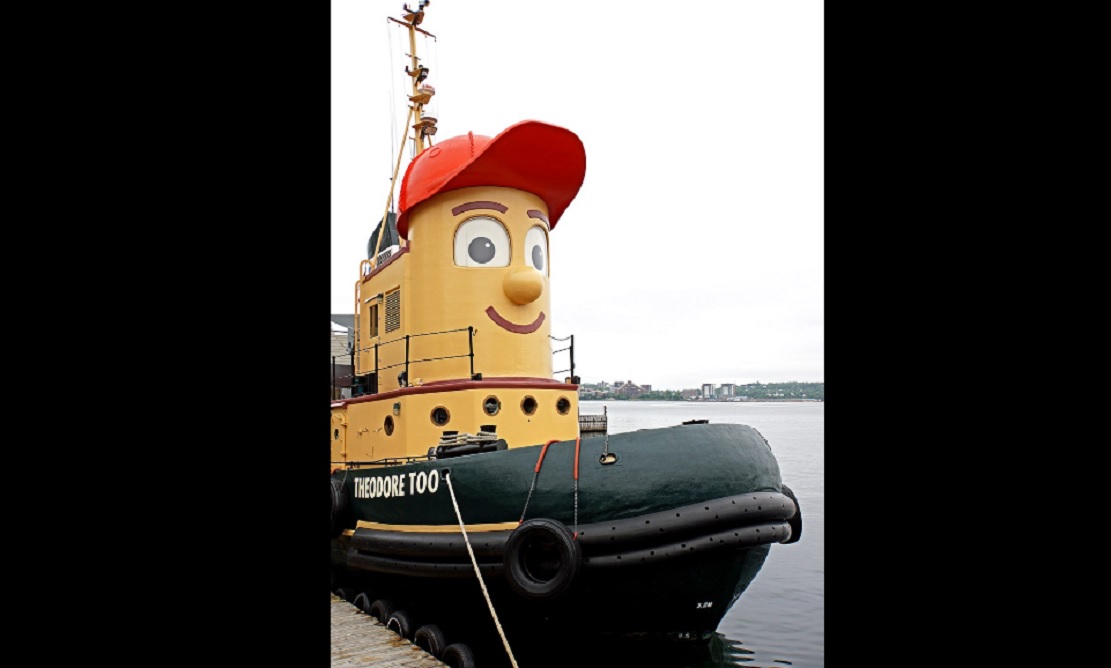 Theodore Too- replica of the ‘friendly tugboat’ is for sale, but owners hope it could stay in Halifax if possible (Dennis Jarvis- wikicommons)

The owners say they would prefer to see the tug iconic tug stay in Halifax harbour if possible noting that a couple of years ago a buyer who wanted to move the ship away was turned down but that may not be the case now.

Meanwhile, “Thanks for visiting us here in the Big Harbour, and we’ll see you all again next time.”