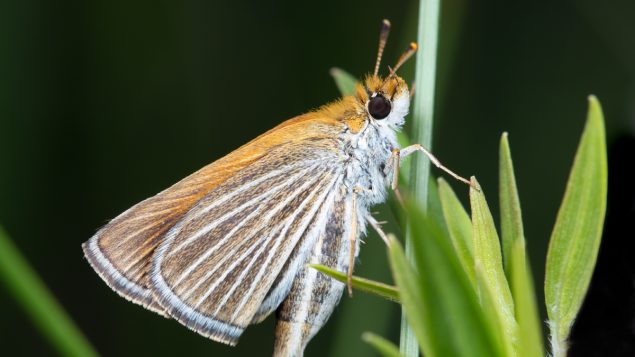 A Canadian conservation group has released 19 butterflies, reared in a lab, to a patch of prairie grass lands in the Western province of Manitoba in a desperate attempt to save the critically endangered species from extinction.

The Poweshiek skipperling butterflies, captively reared at the Assiniboine Park Zoo, have been released by the zoo staff at a Nature Conservancy of Canada’s property located in the Tall Grass Prairie Preserve in southeastern Manitoba.

Experts estimate there may be fewer than 500 Poweshiek skipperlings remaining in the world.

The Assiniboine Park Conservancy has been working for years with the Nature Conservancy of Canada, Minnesota Zoo, U.S. Fish and Wildlife Service, University of Winnipeg, and other partners in Canada and the United States to save the Poweshiek skipperling butterflies.

On the verge of extinction 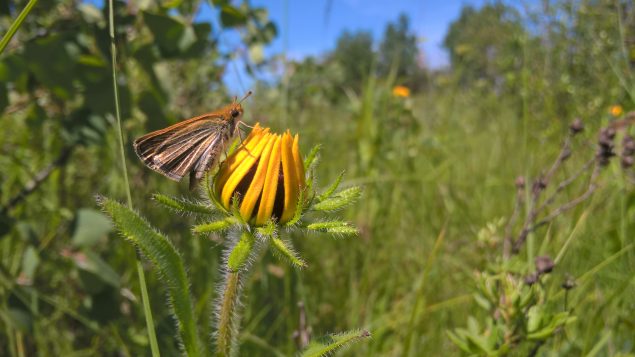 The poweshiek skipperling feeds on one particular flower that grows in tall grass prairie. (J. Becker/Nature Conservancy of Canada)

This small, brown and orange butterfly is only active during a three-to-four week period in June and July in tall grass prairies of southern Manitoba and the Midwestern USA. Today, there are only two small, isolated locations where the butterfly can still be found: the Tall Grass Prairie Preserve in Manitoba and a second site near Flint, Michigan.

“Breeding and raising these butterflies from egg to adulthood in a controlled setting at the Zoo presents us with a tremendous opportunity to increase the number we release each year and potentially introduce them to new sites within the available grassland habitat here in Manitoba,” added Burns.

‘A canary in the coal mine’ 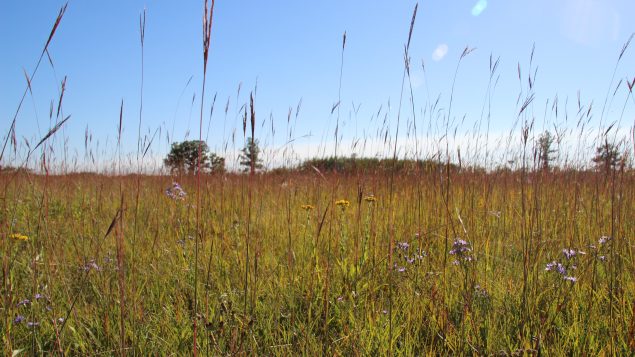 Melissa Grantham, a conservation biologist with the Nature Conservancy of Canada, said butterflies are an indicator species and are particularly sensitive to changes in their habitat.

“Sometime we say they are a bit of canary in the coal mine,” Grantham said. “When we see that butterfly species are starting to have issues with their population, that can actually be an indicator that there are some issues with the health of the prairies that they depend on.”

Researchers believe that the dramatic decline in the number of Poweshiek skipperling butterflies is largely due to the loss of much of its native prairie habitat.

“The grasslands, which are the types of habitats that Poweshiek skipperlings depend on for their entire life cycle, are one of the most endangered ecosystems in the world,” Grantham said. “We have lost over 90 per cent of native grasslands.”

In addition to working to restore the local population, researchers at the Assiniboine Park Conservancy are also in the process of sequencing and analyzing the Poweshiek skipperling genome.

Researchers believe that genomic information can provide valuable insight into why the population has suffered such severe decline.

“Biodiversity of plant and animal life is incredibly important and the loss of one species can have a ripple effect that spells disaster within a specialized ecosystem,” said Burns.

“The knowledge we are gaining by studying the Poweshiek skipperling could prove to be invaluable for other grassland species.”