Paramedics and firefighters work to revive an overdose patient with repeated doses of naloxone, the antidote to opioids such as fentanyl. Overdose deaths in British Columbia have far exceeded those of COVID-19. The Premier and Canada's Chiefs of Police are saying possession of drugs for personal use should be decriminalized and dealt with through health channels rather than police and the courts. That possibility is a step closer after Wednesday's council vote to seek decriminalisation of small amounts of illicti drugs (Frederic Gagnon/CBC)

In Canada’s west coast province of British Columbia, deaths from overdoses of drugs have hit record levels in May and June.

Officials say fentanyl and carfentanil is mixed in with the drug supply by local dealers who may be inexperienced with mixing drugs as border closings and travel restrictions reduce typical supply routes. However, Staff Sgt. Conor King, a drug expert with the Victoria police says organised crime is still getting illiict drugs into the province in transport trucks from the U.S and cargo ships from overseas.

Both the supply issue and various stresses caused by the pandemic have created the situation of higher deaths according to officials, Quoted in the Canadian Press, Dr. Bonnie Henry, the provincial health officer said. “While much effort has been made to reduce harm, remove stigma and provide the care that people living with addiction need, the impacts of the pandemic have made the situation dire for too many. Premier John Horgan said in a public address last Friday, “We’ve been doing everything we can to address this issue, but during the pandemic the drug supply has been drying up because of closed borders and that means that the poisoned drug supply has intensified”, 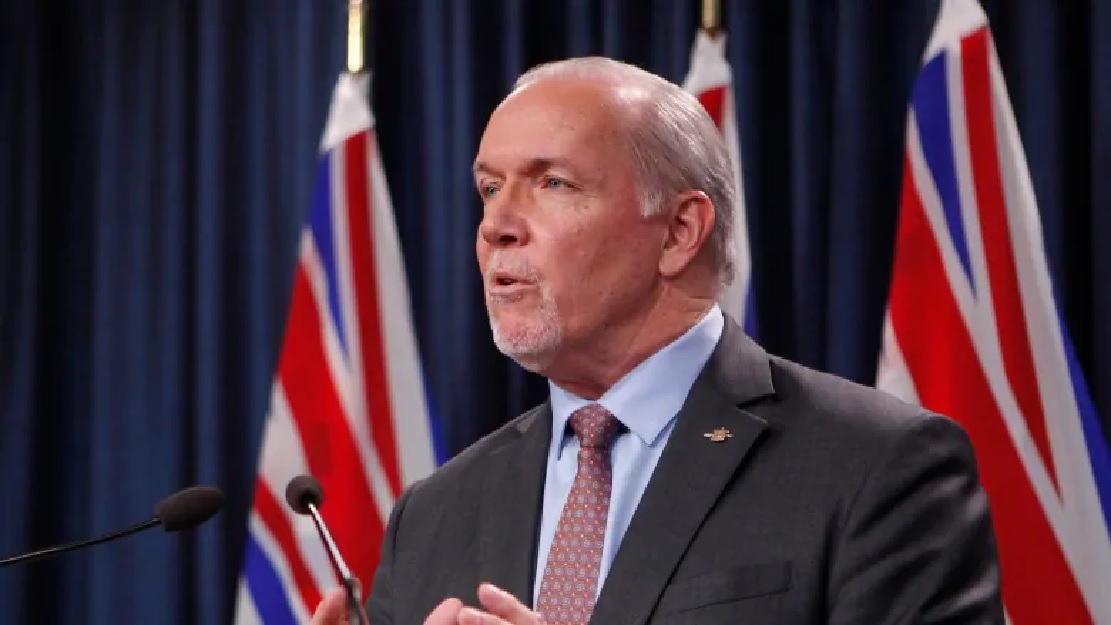 B.C. Premier John Horgan has written to the Prime Minister asking for changes to the law on illicit drugs, and that a national task force be created to deal with the overdose crisis (Michael McArthur-CBC)

The deaths have been attributed to opioids, cocaine, and amphetamines have all been detected in analysis of the deaths but fentanyl is the main cause according to test results.

Officials say, the pandemic has also made access to  harm reduction services such as supervised drug sites, more difficult as they have been closed or had reduced access due to the pandemic requirements. This has meant many users are taking drugs alone and with no access to help in an emergency.

Some 80 per cent of victims are male.

Yesterday the B.C Premier sent a letter to Prime Minister Justin Trudeau asking for decrminialization of possession of illegal drugs for personal use. In the letter he wrote,

“Criminal prohibitions are ineffective in deterring drug use, and criminalization of drug possession directly leads to both individuals and systemic stigma and discrimination that prevent people from seeking services,”

The Canadian Association of Cheifs of Police (CACP) has also called for the same measure. In a just released report they state: “We must adopt new and innovative approaches if we are going to disrupt the current trend of drug overdoses impacting communities across Canada. Merely arresting individuals for simple possession of illicit drugs has proven to be ineffective. Research from other countries who have boldly chosen to take a health rather than an enforcement-based approach to problematic drug use have demonstrated positive results.(…) Health is best positioned to address problematic substance use and not the police.

The CACP, Premier Horgan and others have asked for a national task force to be created to deal with the situation.