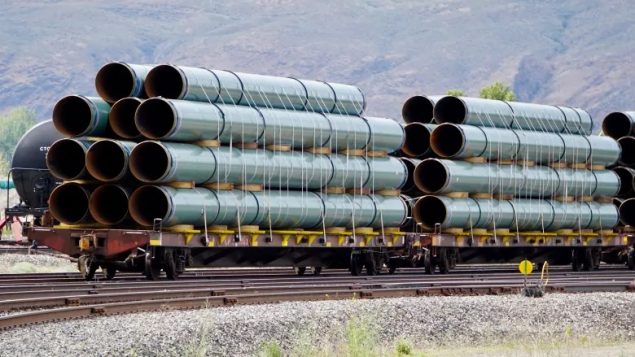 Train loads of pipeline for the Trans Mountain project. A major insurance underwriter has just backed out of the project (Kyle Baks-CBC)

A major setback for the Trans Mountain pipeline

The long battle to build the Trans Mountain pipeline (TMX) in Canada got another severe jolt this week.

One of the major insurers for the project, Zurich, has said it will not renew coverage for the pipeline. Coverage will expire at the end of August.

The ever-controversial proposal is to twin an older existing line built in the early 1950’s from the Alberta oil fields to the Pacific coast. The new line would triple the carrying capacity of the route.

Proposed by American pipeline owner Kinder Morgan in 2012, the project was approved by Prime Minister Trudeau in 2016 following environmental assessments, although strong opposition was expressed by environmental groups, conservationists, and some Indigenous groups.

These became part of an international movement to pressure insurers and other investors to disassociate themselves from the fossil fuel industry. 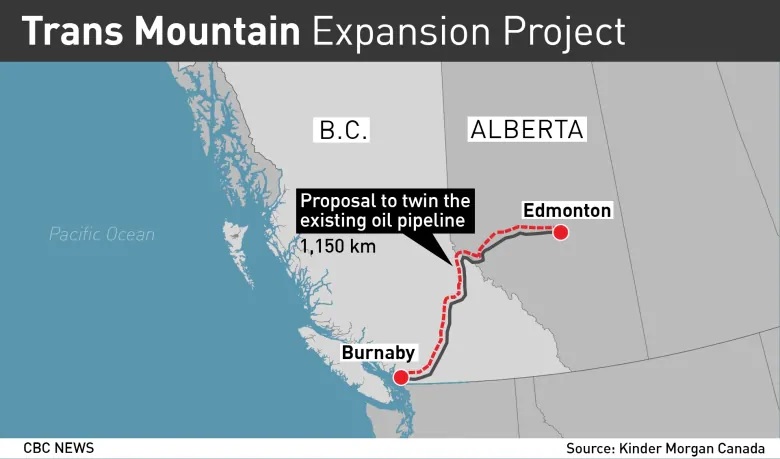 The new pipeline will run 1,150 kilometres along much of the route of the existing line., built in early 1950 The twinning of the existing pipeline would nearly triple its capacity to an estimated 890,000 barrels a day and increase traffic off B.C.’s coast from approximately five tankers to 34 tankers a month. Most objections are to the potential environmental damage from leaks and spills (CBC News)

Government re-approval to continue building the line was given in June last year. Since then protests against the line, and the fossil fuel industry internationally have continued. Kinder Morgan has estimated the original cost of completion to be around $7.4 billion, but delays caused by protests and court challenges had increased the potential costs by early this year to around $12.6 billion.

Indigenous and environmental protests over a natural gas pipeline in northern British Columbia with resulting rail blockades across the country early this year greatly disrupted the national economy. With several other major projects cancelled over regulatory and protest issues, such as the multi-billion dollar Energy East pipeline, and the huge Teck Resources Frontier Mine, analysts have been questioning the wisdom of investing in resource projects in Canada. 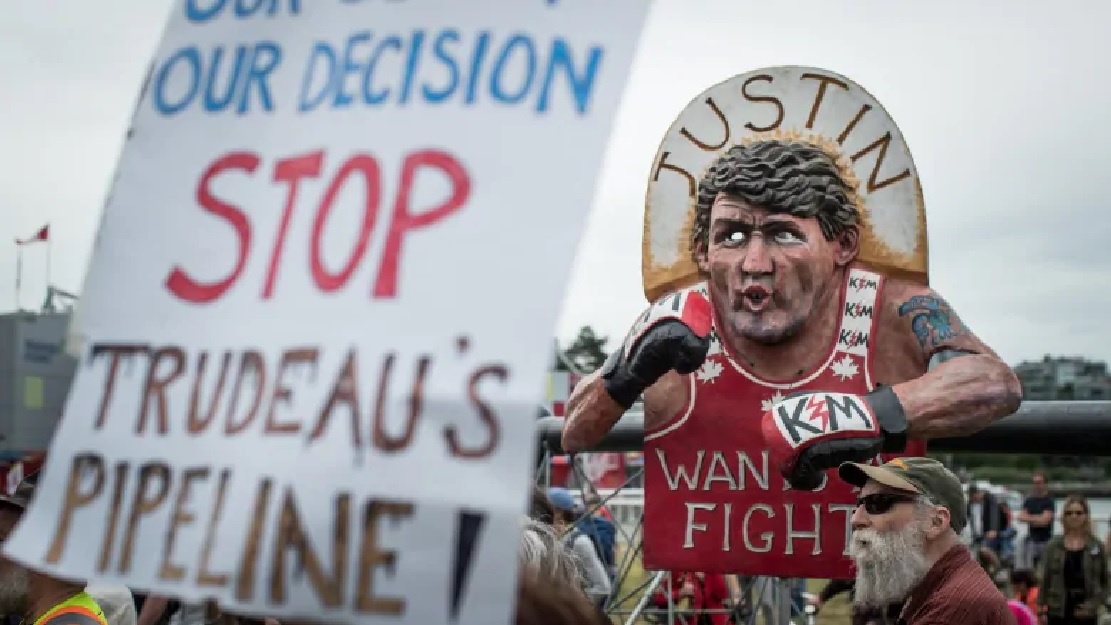 Protesters hold signs and an effigy of Justin Trudeau during an anti-pipeline demonstration in Vancouver in Jun 2019. Protests against the line have been non-stop since it was first announded. ( Darryl Dyck- CP)

Trudeau has repeatedly defended the construction saying the line is in the “national interest” while the petroleum industry is saying the line is now critical to move Canadian oil to world markets with the Keystone XL line into the U.S stalled by U.S court order. The oil industry says completion of the line is vital to the industry and to show international investors that such huge projects can be completed in Canada.

The website Carbon Tracker has also indicated that because of lower oil demand, the huge investment to build and maintain such projects may not be financially worth it.

Trans Mountain says in spite of the Zurich withdrawal, it still has enough insurance coverage to meet its needs.

Another major insurer however may also be considering its participation, Munich Re, one of the world’s largest insurers, has said it is reviewing its coverage under new guidelines, but has made no decision. Reuters also contacted other insurers, Lloyd’s of London, Liberty Mutual and Chubb, but received no response.