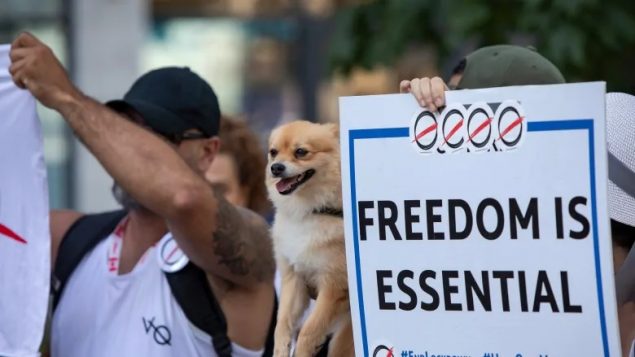 Protesters affiliated a group opposed to the wearing of masks as a preventative measure against the spread of COVID-19 rode Toronto public transit earlier this month but were not ticketed. CBC News reports that some Canadian anti-mask groups are teaming up with anti-vaccine organizations to prevent the use of face coverings. (Evan Mitsui/CBC)

CBC News reports that some anti-masking groups in Canada are joining forces with anti-vaccination groups that include advocates from the United States, to fight the measures.

While a great majority of Canadians support wearing masks–at the very least indoors in public places–there are some who are choosing to protest and ignore a World Health Organization study in June that found masks to be effective in stopping COVID-19 spread.

The similarities between organized anti-masking and anti-vaccine movements are striking, according to Maya Goldenberg, an associate professor of philosophy at the University of Guelph specializing in vaccine hesitancy,

Goldenberg tells the CBC’s Nicole Ireland that similarities between organized anti-masking and anti-vaccine movements are striking.

Goldenberg says mistrust of government and scientific authorities are key characteristics among both anti-vaccination and anti-masking advocates. 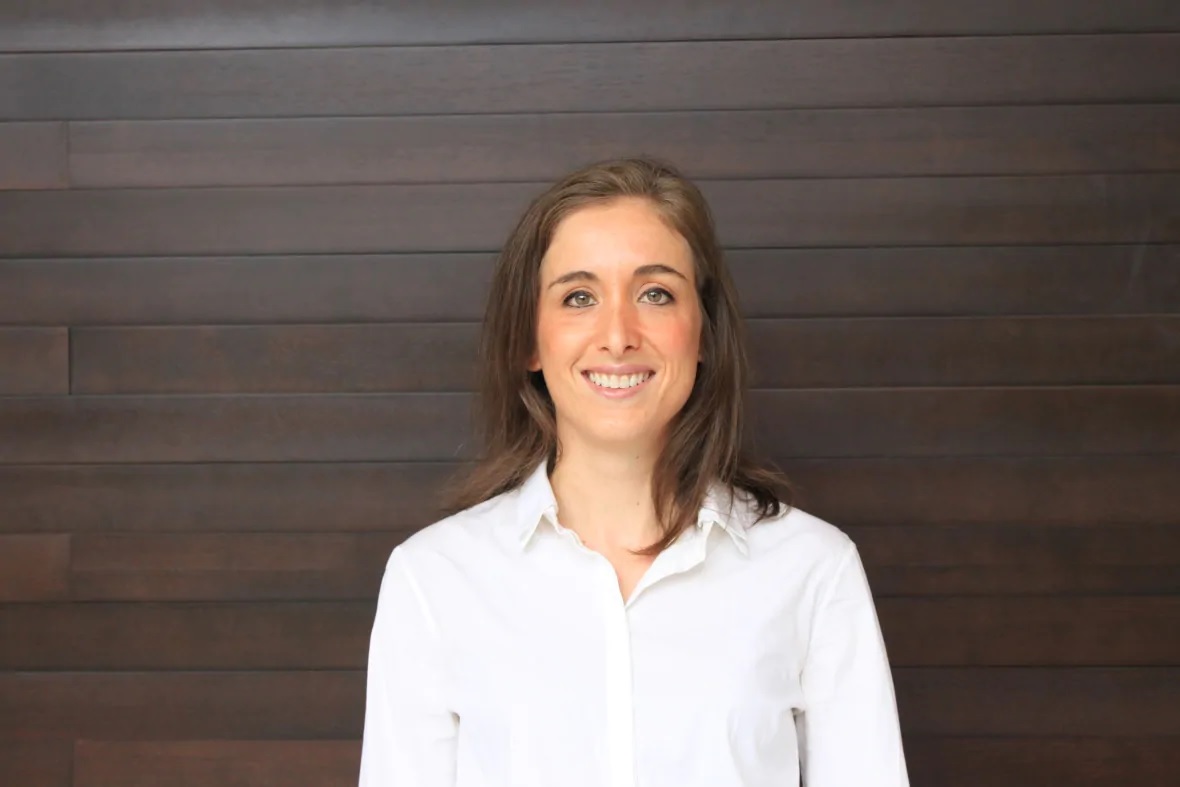 “When you don’t trust the sort of basic infrastructure that’s supposed to support public well being, you’re going to come up with all kinds of tactics to try to resist it,” Goldenberg told Ireland.

Those tactics include the “downplaying of how bad the infectious disease is,” Goldenberg says.

Canadian public health officials have never suggested that a coronavirus vaccine, when developed, would be mandatory.

Ireland reports that at least one anti-masking group, Hugs Over Masks, which held a demonstration in Winnipeg on Sunday actively partners with Vaccine Choice Canada, one of the country’s most prominent anti-vaccination organizations.

Vladislav Sobolev, the anti-masking group’s founder, has repeatedly praised the anti-vaccination group on social media and during protests, according to Ireland.

Tenpenny, along with other anti-vaccination advocates in the U.S. and Canada, have embraced the anti-masking cause and opposed COVID-19 lockdown measures. 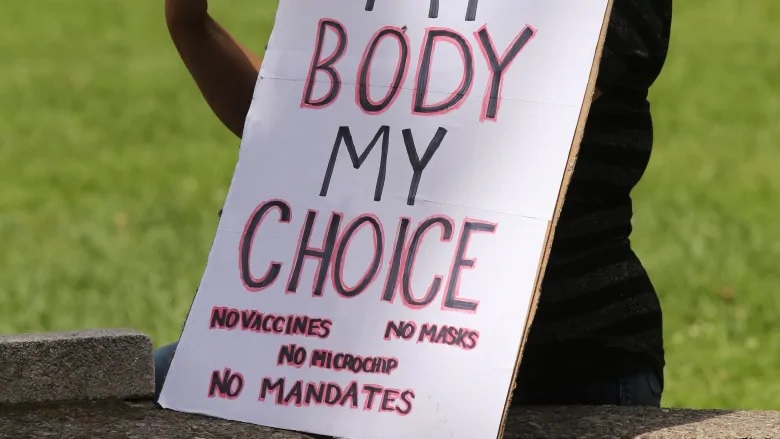 A woman holds a sign at an anti-mask rally in Toronto on Saturday. Messages decrying both mandatory masks and vaccines are common at such protests. Canadian public health officials have never suggested that it would be mandatory to be immunized against COVID-19 if a vaccine was successfully developed. (Michael Cole/CBC).

Ireland reports that Vaccine Choice Canada and several individual plaintiffs, filed a statement of claim at the Ontario Superior Court of Justice earlier this month against public health and political leaders in several municipalities, as well the province of Ontario and the federal government, including Prime Minister Justin Trudeau, Chief Public Health Officer Dr. Theresa Tam and the Queen.

It also claims that the pandemic was unnecessarily declared to further “non-medical agendas,” including to establish a “New (Economic) World Order” and a “massive and concentrated push for mandatory vaccines of every human on the planet earth with concurrent electronic surveillance.”

According to Ireland, the lawsuit also names the CBC, accusing it of “Stalinist censorship” by “knowingly refusing to cover/or publish the valid and sound criticism of the COVID measures.”

It is unclear when the lawsuit will proceed.