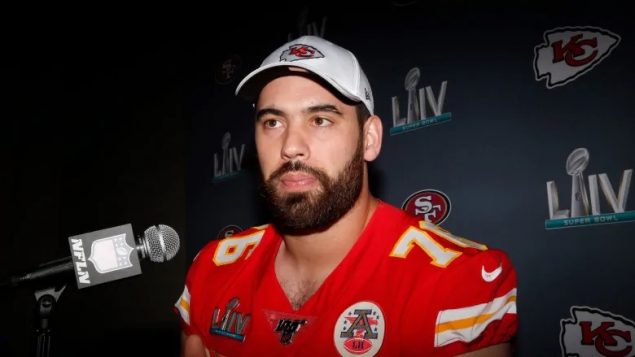 Laurent Duvernay-Tardif is passing on his $2.75 million salary as he opts out of the 2020 season in order to continue his work on the medical front line. (Brynn Anderson/THE ASSOCIATED PRESS)

Super Bowl champ to stay in Canada to fight COVID-19

Laurent Duvernay-Tardif just won’t quit being great at whatever he does–including, it would appear, this ‘doing the right thing” we hear so much about in so many places.

Six months after winning the Super Bowl, three months after taking a position at a long-term care facility in his native Quebec to work as an orderly (armed, mind you, with a medical degree from McGill University), Duvernay-Tardif continues to make millions of Canadian jaws drop.

The 29-year-old Duvernay-Tardif has announced that he won’t be playing this season with the Kansas City Chiefs–becoming the first player to opt out of the upcoming NFL season due to the COVID-19 pandemic. 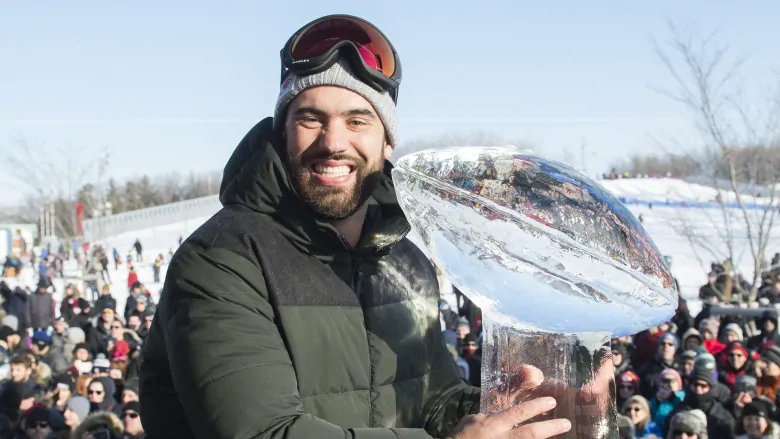 Super Bowl champion and Kansas City Chiefs player Laurent Duvernay-Tardif, seen above posing with the championship Lombardi Trophy in Montreal in February, has been working at a long-term care facility to assist in the fight against COVID-19. He will not be returning to the National Foothball League this coming season. (Graham Hughes/THE CANADIAN PRESS)

“This is one of the most difficult decisions I have had to make in my life but I must follow my convictions and do what I believe is right for me personally,” Duvernay-Tardif said in a message on Twitter. “This is why I have decided to take the Opt Out Option negotiated by the League and the NFLPA and officially opt out of the 2020 NFL season.

“Being on the frontline during this offseason has given me a different perspective on this pandemic and the stress it puts on individuals and our healthcare system. I cannot allow myself to potentially transmit the virus in our communities simply to play the sport that I love.”

My decision regarding the 2020 NFL season pic.twitter.com/jrY3nZfNWO

Duvernay-Tardif has been juggling football and medicine for the better part of the last 10 years, earning his medical degree from McGill while sometimes sleeping nights in the locker room after finishing his classes, labs and football practices.

(Editor’s note: Think medical school might be hard? Consider what it must be like in your second language.)

It is unclear where he goes next–when he leaves his job as an orderly.

He must still complete his residency,