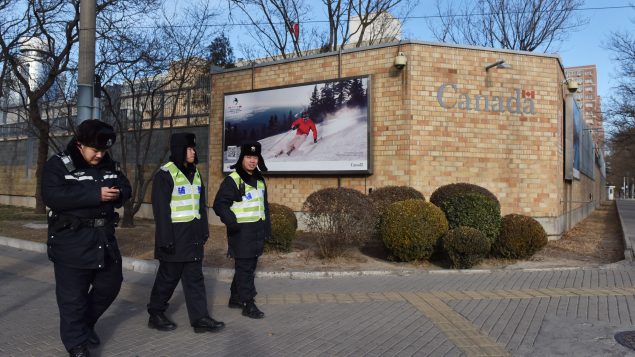 Police patrol outside the Canadian embassy in Beijing on January 15, 2019. - A Chinese court sentenced a Canadian man to death today on drug charges. Xu Weihong is the third Canadian to receive the death sentence since Canadian officials arrested Meng Wanzhou, chief financial officer of telecom giant Huawei, at the request of U.S. authorities in December 2018. (GREG BAKER/AFP via Getty Images)

A third Canadian is sentenced to death in China

China has sentenced a Canadian citizen to death on charges of manufacturing the drug ketamine–a so-called “recreational” drug because of its hallucinogenic, tranquilizing and dissociative effects.

The Guangzhou Municipal Intermediate Court announced Xu Weihong’s penalty on Thursday and said an alleged accomplice, Wen Guanxiong, had been given a life sentence.

The sentencing comes as Canada continues to press for the release of ex-diplomat Michael Kovrig and businessman Michael Spavor–Canadians detained in China just days after Canadian officials arrested Meng Wanzhou, chief financial officer of telecom giant Huawei, at the request of U.S. authorities in December 2018. 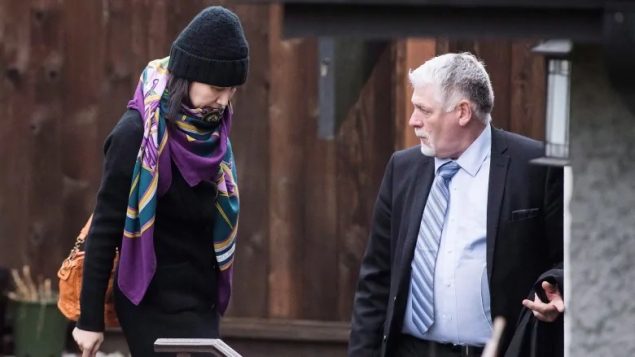 Huawei chief financial officer Meng Wanzhou leaves her home with a security guard in Vancouver the day after she was released on $10 million bail in December 2018. (THE CANADIAN PRESS/Jonathan Hayward)

China maintains that the arrests of Kovig and Spavor were not connected with Meng’s detention.

“I would like to stress that China’s judicial authorities handle the relevant case independently in strict accordance with Chinese law and legal procedures,” Wang said at a daily briefing.

“This case should not inflict any impact on China-Canada relations.”

Xu becomes the third Canadian sentenced to death in China.

In January, 2019, shortly after Meng was detained, Robert Lloyd Schellenberg was also given a death sentence after a rapid retrial, prompting condemnation from Prime Minister Justin Trudeau and plunging relations between the two countries to a new low.

The following April, Fan Wei was sentenced to death for producing and trafficking a large amount of methamphetamine in a multinational drug smuggling case.

Both men have lodged appeals.

Last month, lawyers for Meng asked a Canadian court to stay extradition proceedings against her, claiming U.S. President Donald Trump has “poisoned” the judicial process and undermined its integrity and fairness.

As is the case with Kovig and Spavor, Beijing maintains the sentencing of the Canadians has nothing to do with Meng’s detention.

With files from The Associated Press, RCI (Levon Sevunts)