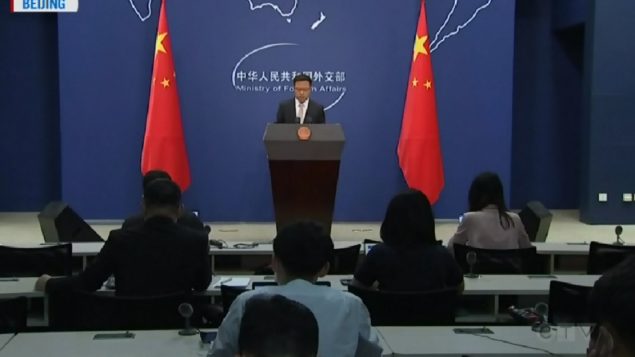 Zhao Lijian, the spokesperson for the Chinese foreign ministry, said on Wednesday the Canadian government had shown hypocrisy and weakness in its dealings with China. (PRC)

Beijing has once again called Canada ‘irresponsible” and a meddler in its internal affairs while threatening further actions against this country.

Canada announced on Friday it was ending its extradition treaty with Hong Kong, meaning it would no longer extradite people to Hong Kong because of the new Chinese security law there. Canada had also joined an international group of 26 other countries in expressing deep concern over China’s treatment of Uighur and other Muslim minority groups along with concerns over the creation of the new security law against dissent in Hong Kong which goes against the spirit of the ‘one country-two systems’ deal Beijing signed with Britain when the colony was returned to China.

The initial dispute between the two countries began in December 2018 when Canada detained Huawei executive Meng Wanzhou on a U.S extradition request related to charges of fraud. Beijing retaliated by arresting two Canadians in China and has since charged them with spying offences. China also instituted bans on Canadian canola and other agricultural products worth billions of dollars to the Canadian economy. 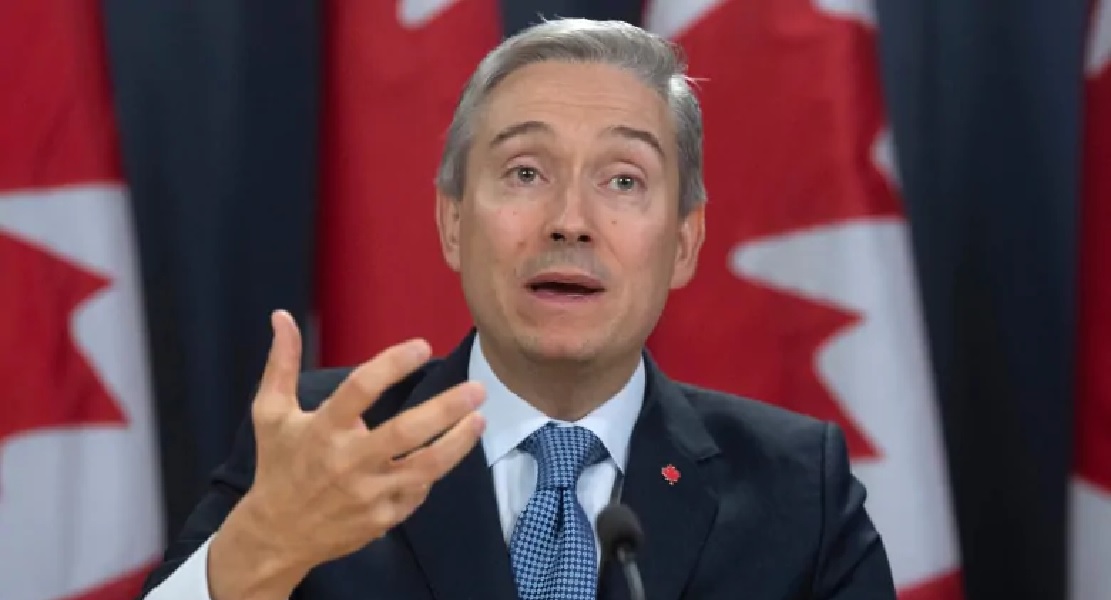 In reaction yesterday, China’s embassy in Ottawa issued a statement urging Canada to once again “correct its mistakes”  and stop meddling in its affairs. The statement also added that “erroneous measures” by Canada and others would have no effect on the decision regarding the security legislation.

A former convent, China’s huge embassy and compound in central Ottawa, issued a statement Monday once again criticising Canadian actions and saying they would have no effect on the security law in Hong Kong. (Google streetview)

In addition on Monday Beijing issued a warning to its citizens against travel to Canada citing “frequent violent actions” by law enforcement. The statement however did not give any examples.

Canada’s next ambassador to the U.N. quickly dismissed the Chinese warning. Bob Rae said,”I’m a great reader of George Orwell, and I think to really appreciate the world today you have to read ‘Nineteen Eighty-Four.’ For some country to suggest that this is a bad time to come to Canada is, frankly, bizarre”.

There are some 300,000 residents of Hong Kong with Canadian passports and in addition to those Canadians, Rae also noted that Canada has a long historical connection with the region by noting the heroic Canadian defence of Hong Kong during WWII. He noted, “We have a stake here, we have interests,  we’re not meddling in anybody else’s business. We’re talking about our business”.

Yesterday China announced a ban on Canadian beef from a Canadian processing operation. It was not clear however if this was another retaliatory measure, or a concern over COVID-19.  The Canadian plant had shut down in April over a COVID outbreak. China has also banned imports of beef, pork, and poultry from a number of other countries.

Canada has also said it too could take further actions. Foreign Minister Francois Philippe Champagne spoke to CBC on Friday indicating that he was in consultations with other countries and that Canada is prepared to consider additional measures.

Taiwan not a province of China

In a separate move which is also likely to displease Beijing, a top Canadian university has decided to stop referring to Taiwan as a ‘province of China’ when listing the origin of its students from the island.

The move came after a complaint from Taiwan’s democratically elected government.

China insists Taiwan is part of its territory and has been exerting pressure in international circles to have the island recognized and referred to as part of China. Taiwan says it has never been a part of The People’s Republic of China, and insists Beijing has no authority over it.

Taiwan asked the University of British Columbia to stop adding the qualifier ‘province of China’  when listing the country of origin of Taiwanese students on its website.

A spokesman for UBC says in future the university would only indicate ‘Taiwan’ with no added qualifier when listing students from the island, but insisted as well the university was not taking any political stand on the island’s situation.