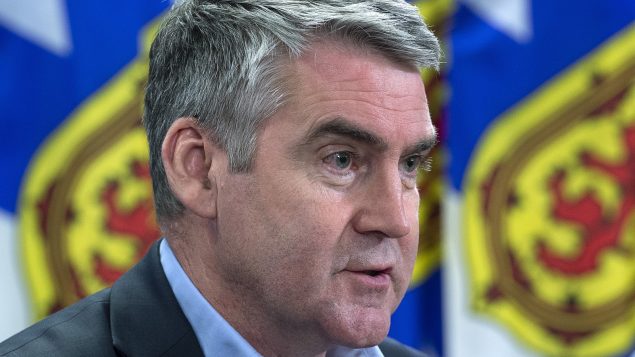 Premier Stephen McNeil addresses a news conference in Halifax on Sunday, March 15, 2020. McNeil has announced he is stepping down as premier and Liberal party leader. (The Canadian Press/Andrew Vaughan)

After celebrating his 17th year in elected office yesterday, Nova Scotia Premier Stephen McNeil announced Thursday that he is stepping down and leaving public office.

McNeil was originally elected in 2003 as a member of legislative assembly for Annapolis, a town of Nova Scotia, and has been the Premier of province for the last seven years.

“17 years is a long time, and it’s long enough,” McNeil said in a news conference.

“I love this job. I’ve enjoyed every day of it, and every day I’m inspired by the people of this province, but this is not a lifelong career,” he added.

McNeil said he had decided to resign from office before the COVID-19 pandemic, but reconsidered his decision when the virus reached Nova Scotia earlier this year.

Yesterday, I celebrated my 17th year in elected office. My family and I started this journey in 1999. These past seven…

McNeil said that he informed the Liberal Party of Nova Scotia to plan for a leadership campaign, which he expects will take months, and added that he will stay on and continue to govern and will work with Public Health to keep Nova Scotians safe until a new leader is chosen.

“I want to thank Nova Scotians for giving me the opportunity to be your Premier,” he said. “I may not have always gotten it right, but here’s what I know for sure, we are better together and being kind matters.”