During the last week of July, hundreds of music professionals around the world connected to their computers to take part in a music conference out of Toronto, with online activities and discussions about current challenges and coming perspectives in a post-COVID music industry.

Global Toronto, as the event is called, was designed two years ago as a showcase of Canadian music with an intent to increase international touring opportunities. The first edition was organized by the Royal Conservatory of Music, but in 2019, the event production was transferred to Small World Music, a not-for-profit organization well-connected with the diverse ethnic communities of the Greater Toronto Area. Ironically, thanks to the COVID pandemic and the digitalization of the event, Global Toronto 2020 (dubbed “GT20”) has grown to become something much bigger than first expected.

Jonathan Campbell, Head of Programmes for Small World Music, initially invited about 150 delegates, including 25 coming from abroad, but the event got really global and finally brought together over 800 delegates from 73 countries. The GT20 conference, he said, was designed according to the participants’s needs and expectations and was focused on underrepresented artists and communities, away from the mainstream. Human contact was more important here than strictly business. 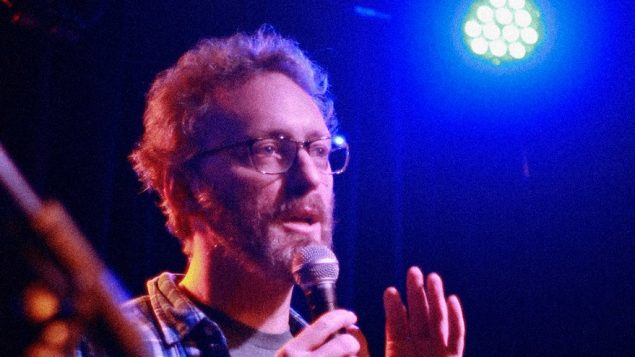 “This is the time when we could finally have the conversations we’ve always wanted to have”Jonathan Campbell, Head of Programmes for Small World Music and organizer of the Global Toronto conference

“It was the perfect opportunity to get together and talk about how to actually achieve equity. The idea was to invite people who never get to speak, who never are present at this kind of gathering, give them a role, and figure out what the post-COVID music sector might look like.”

The event provided a much-needed platform, a meeting place for marginalized artists and music professionals that work onstage and behind the scenes, with themes ranging from capitalism, systemic racism, accessibility for disabled artists, social change, as well as digital streaming, promotion, distribution or international marketing.

American delegates, recalled Campbell, were excited about the diversity of voices, and in particular the Renaissance of Indigenous music that is happening in Canada.

Among the speakers in the panel dedicated to protest music. the Cree and Métis singer Iskwé told her audience about  the fatigue sometimes caused by years of fighting for Indigenous rights and trying to counter clichés about Canadian Indigenous peoples. Iskwé was nominated several times for a Juno Award or the Polaris Music Prize, the two most prestigious music awards in Canada.

Canada is considered a small market, but the diversity of its music scene is really what attracts international festival programmers, said Jonathan Campbell. He remembered meeting organizers from a Spanish festival who were interested in the Vancouver pop singer Dan Mangan or the Indigenous hip hop of A Tribe Called Red.

As music professionals could not travel this year, the Global Toronto online conference helped them discover Canadian artists such as the Okavango African Orchestra, that is made up of eight musicians coming from seven different African countries. They won a Juno Award in 2017 for the best World Music Album, and were one of the 19 bands selected by the jury of Global Toronto 2020 (GT20) among 150 candidates.

African programmers, who know how difficult it is to achieve such a mix of cultures and instruments from different parts of the African continent, have shown an interest in booking the band, Campbell said.

GT20, in its online version, offered music professionals from various world regions a specific online space to exchange between themselves, something which would never have been possible in normal conditions. Despite the language barrier and the different time zones, many participants were eager to have discussions with counterparts from other non-Western countries. The Asia Music Summit, for instance, brought together delegates from no less than 51 countries, from Jordan to Malaysia.

“It was the first time they gathered this way between themselves. Even the different stakeholders in the same country, like Colombia, had never gathered like this before.” Jonathan Campbell

Exchanges between Canada and Colombia

Colombia itself reunited no less than 17 participants, including representatives from the Ministry of Culture and festivals in several regions with distinct music and customs, says the cultural promoter Tina Wroblewski.

Born in Colombia and established in Toronto, Tina Wroblewski is also the agent for three Colombian bands who have recently toured Canada, such as Colectro, an energetic band from Barranquilla that has played at the TD Sunfest in London, Ontario in 2018, and once again this year at the Sunfest’s digital edition.

The TD Sunfest is one of the partners of Global Toronto and receives annually some 225,000 festival-goers during a four-day, free outdoor festival focused on world music.

Alfredo Caxaj, who founded the Sunfest some 26 years ago, traveled to Colombia last year with his daughter Mercedes, who is the co-artistic director of the festival. Together, they scouted artists in different festivals and music markets across the country, and booked two very different bands for the 2020 edition: Los Gaiteros de Ovejas, from the Caribbean region, is based on a duo of traditional flute players that has been on the Colombian music scene for the last 30 years, while the highly energetic La Mambanegra is a large collective from the mountains of Cali that plays a contemporary mix of salsa and jazz.

Among the artists presented by Global Toronto this year was the Montreal-based Colombian musician and multi-instrumentalist Ramon Chicharron, whose newly-released third album includes many of the best talents of Montreal’s world music. He recorded the track “Pescador” at a Colombian colourful farmer’s market, right before the pandemic started.

Digital is “the new normal”

Having this kind of videoclip, or a recording of a live concert, came in handy for artists who presented their work at Global Toronto, because the online conference was not offering the traditional live showcases that delegates are used to see in such an event.

Mercedes Caxaj, who was the rapporteur of the five-day online event, explains that some bands didn’t have a chance to rehearse because of the COVID-19 sanitary restrictions, so the spotlight cast on each band was more an opportunity to discuss with the band members and their manager and to get to know them.

The online talks would start by the band sharing two videos of theirs, and a moderator would then interview them, with an opportunity for the delegates to ask questions, take their contact, and even to talk with them in a separate online space during the break.

“This setup allowed for a human connexion between the artists and the presenters, which is not usual in regular showcases.”Mercedes Caxaj, co-artistic director of TD Sunfest and rapporteur of GT20

“Real-life music conferences are more business-oriented, but we don’t usually have the time to connect. In a sense, I’d say the main outcome of GT20 was its social impact, and this is because the communities and the partners were consulted ahead of time to adjust the conference to their needs and expectations.”

She added that digital promotion is paramount for artists because virtual presentations will now be part of the regular programming of most music events. Her own festival for instance, the Sunfest, was already offering virtual live streams, and it will keep on doing so “because it is a way to reach a broader audience, as well as people who cannot make it to the festival or don’t want to be immersed in large crowds,” she said.

“It is a fact that digital now is the new normal.”Mercedes Caxaj 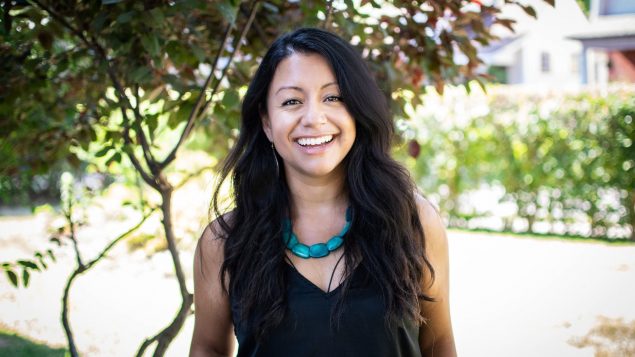 Jonathan Campbell, Mercedes Caxaj and Tina Wroblewski expect artistic and business collaborations to emerge from this online edition of the Global Toronto conference, especially thanks to the online spaces dedicated to regional networking, which were very popular among the delegates. The Asian participants, for example, had been expecting for years to get together, and the GT20 allowed them to have their first Asia Music Summit.

Although the event was only accessible by industry members, an open playlist of Colombian music was made available by a delegate who works at Colombia’s national radio. And to make sure music professionals can hook up and develop new projects together in the future, the conference’s organizers announced on Friday that the recordings of the GT20 online sessions will soon be released on its platform.