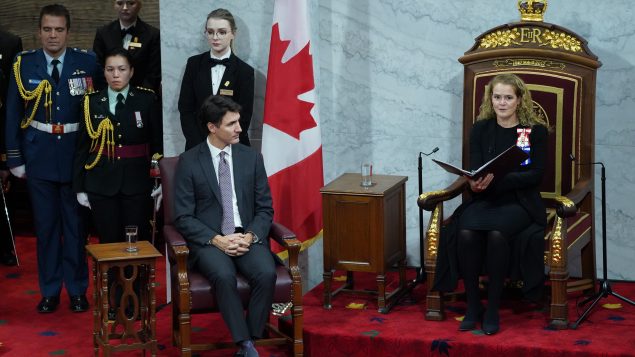 Deputy Prime Minister Chrystia Freeland was conspicuously parsimonious in offering her explicit support for Gov. Gen. Julie Payette on Friday amid questions about unusual spending at the vice-regal residence and allegations of harassment within her office.

“I think Canadians have a great respect for the office of the Governor General and I have that respect as well,” said Freeland at a press conference in Ottawa.

But when pressed by CBC reporter Tom Parry to say whether that support extends to Payette, Freeland took a pause and responded: “The office of the Governor General plays a very important role in that system. And, I think like the overwhelming majority of Canadians, I have a great deal of respect for that office and for that role.”

Payette, a highly accomplished former Canadian astronaut, computer engineer, pilot, academic, musician and executive, has been under fire following reports by CBC alleging that she has created a toxic work environment in her office, prompting several employees to quit.

On Friday CBC News reported that the federal government had spent hundreds of thousands of dollars to satisfy Payette’s need for privacy at Rideau Hall, but she still hasn’t moved into her official residence almost three years into her five-year mandate.

Freeland also sidestepped a question about whether it was appropriate for the Governor General’s office to spend nearly a quarter of a million dollars to meet Payette’s demands for privacy.

Freeland said the question should be addressed to Rideau Hall, but added that it’s “an appropriate question to ask.”