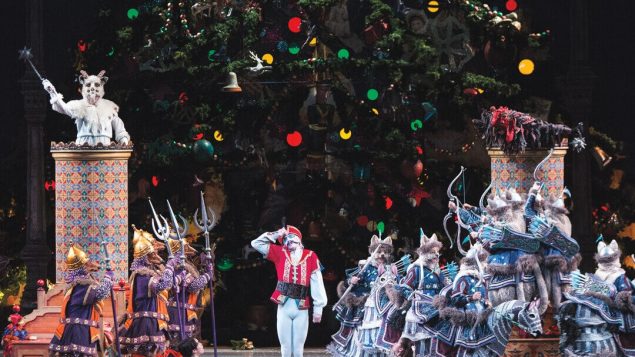 Audiences in Toronto will not be able to watch 'The Nutcracker" during the holiday season this winter. It's the first time in 65 years. (National Ballet of Canada)

The National Ballet of Canada announced it has cancelled its performances set for November and December, including its annual production of “The Nutcracker,” a pretty big part of the holiday season in many, many cities around the world.

Love for the “The Nutcracker” carries far and wide–into households where kids studying ballet find their way onto the stage, to people who otherwise wouldn’t dream of ever going to the ballet, and to kids who simply adore to dance.

A whole lot of them make their way to the local theatre for the dance.

And so, of course, do the celebrity guests who join the production.

Now, for the first time since 1955, that holiday tradition will not pass this year in Canada’s biggest city.

In a news release, the Toronto-based company called the cancellation “deeply disappointing.”

But the safety of their audiences and artists, the release said, is the company’s “foremost priority” during the pandemic. 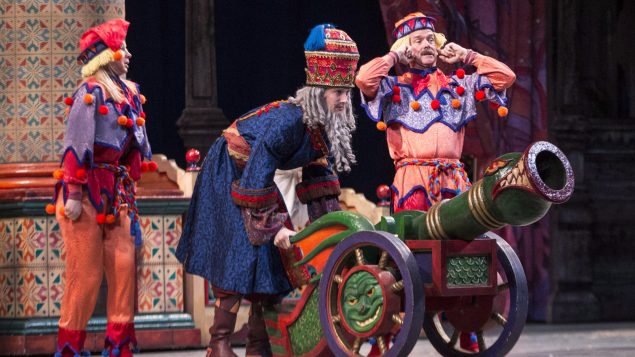 Canadian Astronaut Col. Chris Hadfield (right) appears as a Cannon Doll with his admin co-ordinator Julia Ostrowski (left) and dancer Trygve Cumpston in the National Ballet of Canada’s production of the The Nutcracker in Toronto on Tuesday December 24 2013. (THE CANADIAN PRESS/Chris Young)

Artistic director Karen Kain said she was “particularly heartbroken to have to cancel ‘The Nutcracker.’”

“The glorious production includes 213 dancers, musicians and children and requires many hours of rehearsals that would need to start in September,” Kain said Wednesday in a statement.

The Nation Ballet says it still intends to proceed with its winter season in March 2021 and its summer season in June 2021.