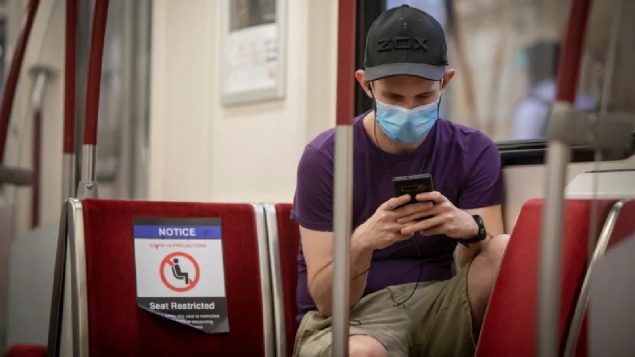 A Toronto transit rider sits next to a sign encouraging physical distancing. Cities, provinces and businesses across Canada have enacted measures such as mandatory mask rules as part of their response to the coronavirus (Evan Mitsui/CBC

COVID-19: Canadian restrictions – not enough or too much?

As countries continue to react to the ongoing issue of the SARS CoV-2 virus, Canadians continue to have varied reaction to the several policies designed to limit the spread.

A new poll by the non-profit Angus Reid Institute shows a minority, but still substantial number of Canadians, think current controls are not restrictive enough. These are the levels of controls on such things as access to public spaces, mask wearing,  physical distancing which vary from province to province and can even vary within provinces due to municipal bylaws.

As jurisdictions  wrestle with the need for restrictions pitted against the need to ‘open up’ and get the economy moving again, nationally  a slim majority of respondents said the current restrictions were about right (52%) while those saying controls go to far are fairly close to those saying they are not restrictive enough (20% vs 28%) 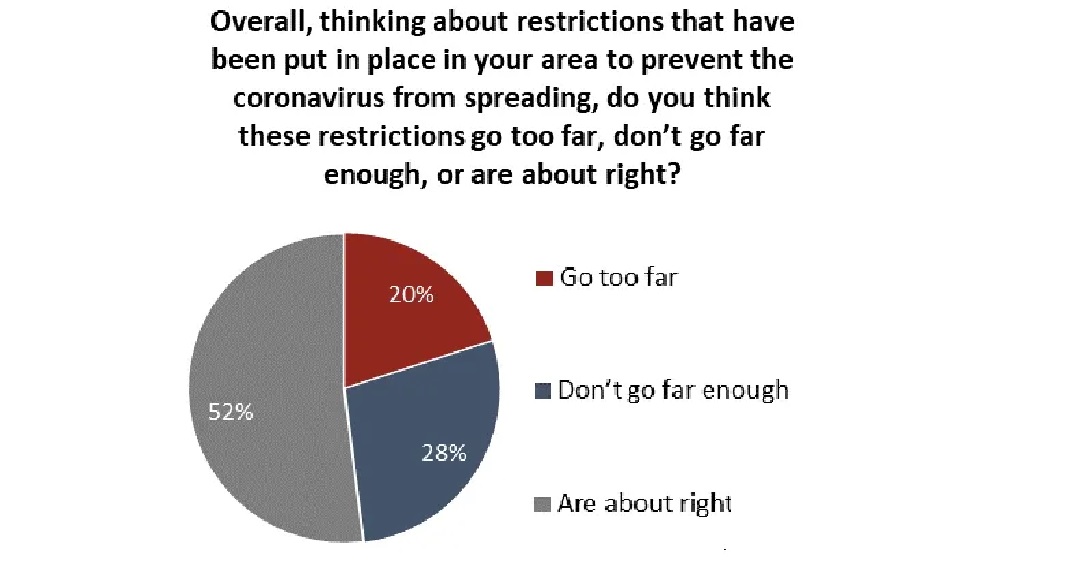 That national statistic however comprises some noticeable regional variations. The mostly French speaking province of Quebec has had the highest death rate by far in Canada, followed by Ontario, although these have mostly been in the elderly in long term care homes.   Quebec and the western province of Alberta had the highest rate of people saying the restrictions go too far (24% and 25%) while Ontario was in the middle ground with 18 per cent holding that opinion. Quebec is the only region where a province-wide mandatory mask order is in effect and where crowds of up to 250 are now permitted, an increase from the previous limit of 50 people per gathering.  As for face masks, many other regions of the country have their own regional or municipal orders for mask-wearing.

The other prairie provinces, Saskatchewan and Manitoba  had the lowest number of people saying restrictions go too far (16% and 14%) similar to west coast British Columbia (14%)  which is currently experiencing an increase in positive tests for COVID-19.  A return to stricter controls in B.C. seems unlikely, with the province instead choosing to encourage residents to take better personal precautions.

While positive case numbers are increasing, the provincial Centre for Disease Control reports only eight people in hospital with the virus. 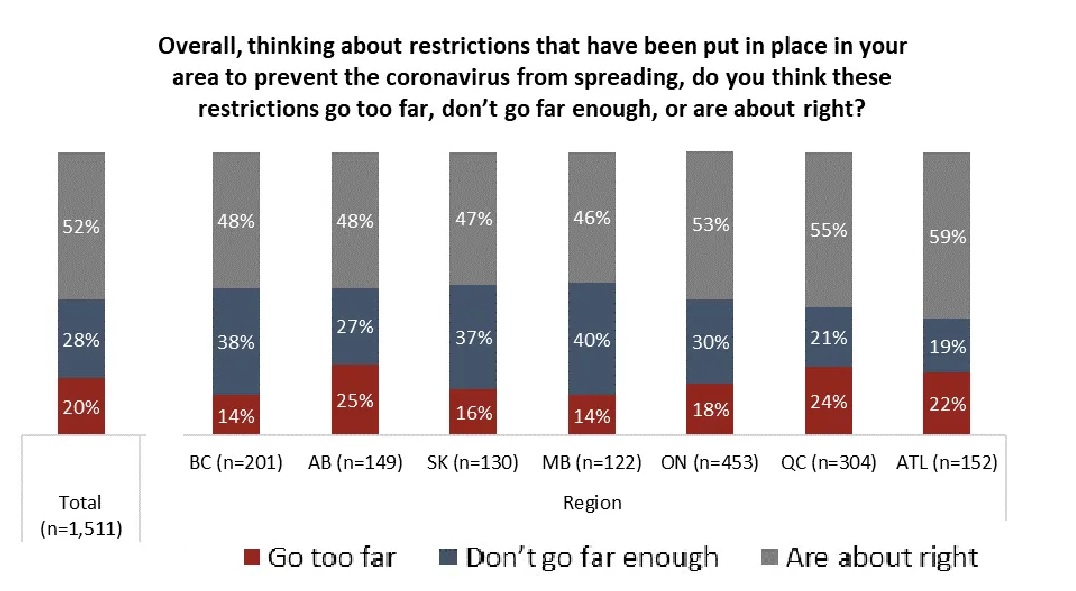 The east coast maritime provinces which are somewhat isolated geographically, instituted travel restrictions on visitors from outside their region, including other Canadaians,  with the creation of the so-called “Atlantic bubble” limiting freedom of movement to within those provinces. Here the percentage of people saying the restrictions were ‘about right’ was the highest among the provinces at 59 per cent.

While age groups show relatively little difference in opinion, there is a clear difference between men and women’s opinions. 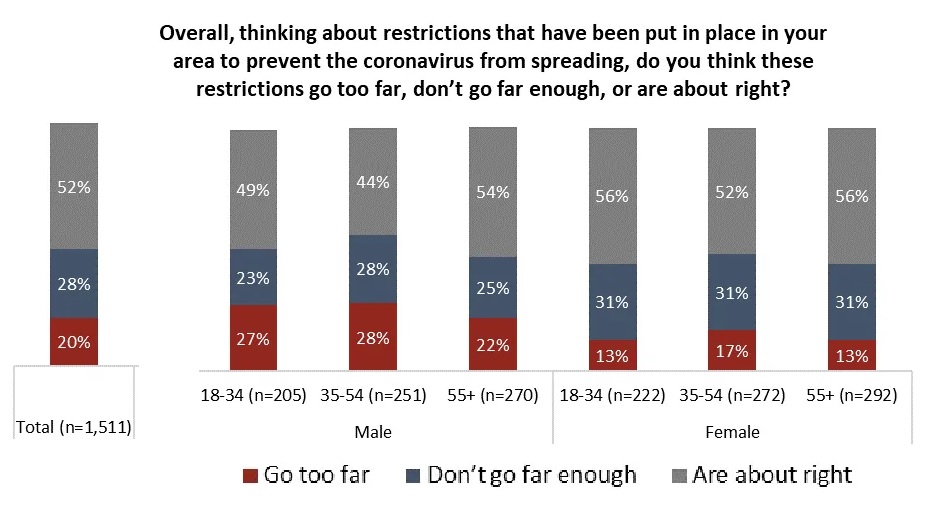 Politically people in each province are generally quite supportive of their governments policies in handling the pandemic issue. Individual premiers have all enjoyed strong popular support for their handling of the situation, although that support, still strong, has been declining for each one as the months go by.

The survey was conducted from Aug 5 to the 8th with 1,511 adults who are members of the ARI online forum.