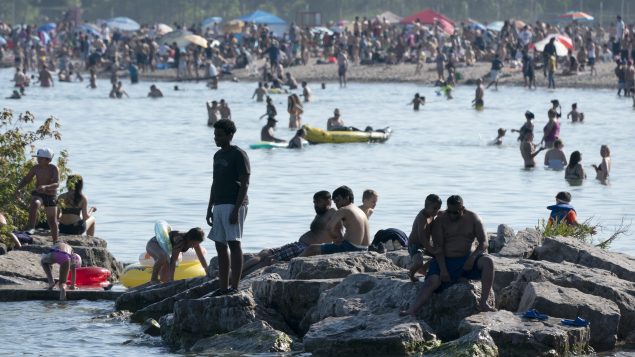 Thousands of people spend time on the beach by Lake Ontario in Toronto on Saturday, June 20, 2020. (Frank Gunn/THE CANADIAN PRESS)

Six months into the COVID-19 pandemic and with parts of Canada gearing up for the second coronavirus wave, public health messages like wearing masks and regularly washing hands are being ignored by nearly one-fifth of Canadians, according to a new poll.

Analysis of the latest public opinion data from the non-profit Angus Reid Institute places Canadians into three broad categories in a measure of their behaviors and mindset, known as the COVID Compliance Index.

The so-called Infection Fighters who follow advice by public health authorities to curb the spread of the coronavirus account for nearly half of the population at 47 per cent.

The second group, called the Inconsistent, accounts for over one-third of Canadians (36 per cent) and takes a more ambivalent approach to flattening the curve, adopting some pandemic fighting behaviours such as physical distancing, wearing masks and hand washing, while ignoring others by increasing their social interactions.

Finally, the third group, dubbed the Cynical Spreaders, which accounts for nearly 18 per cent of Canadians, has expanded its social interactions and ignored advice on physical distancing, hand washing and mask wearing.

The Cynical Spreaders, also profess a clear dislike for the way public health officials and political leaders have handled the pandemic, the survey finds. 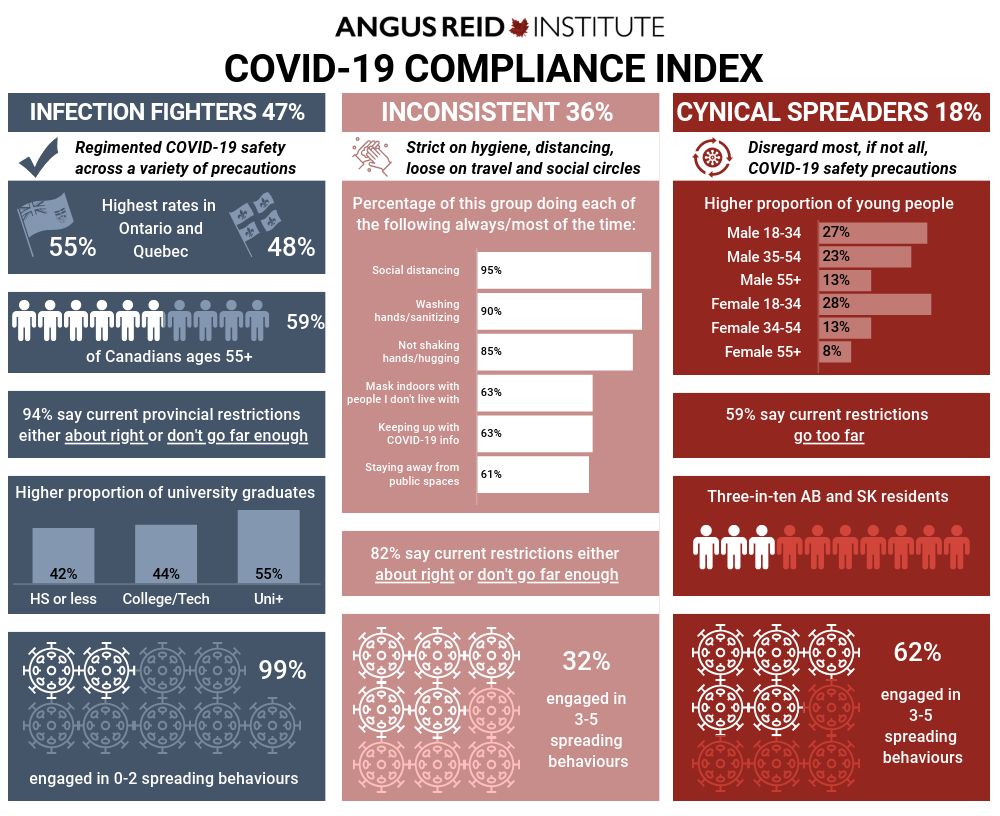 Age and political affiliation appear to be the most significant factors correlated to the likelihood of someone following measures to curb the spread of the virus, according to the Angus Reid Institute.

The younger Canadians are the less likely they are to follow recommended protocols, the survey finds.

Also, past Conservative Party voters are four-times more likely to be Cynical Spreaders than those who voted for the Liberal Party or New Democratic Party in 2019, according to the survey.