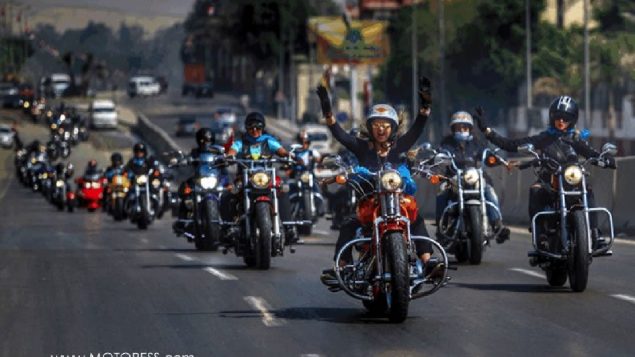 This coming Saturday you may large groups of women aboard motorcycles in cities in dozens of countries. They're taking part in a fun event called International Female Riders Day (Motoress.com)

The rumble of motorcycles will reverberate in hundreds of cities in countries around the world this weekend.  It’s called International Female Ride Day (IFRD) and is set for this Saturday, August 22nd after being rescheduled from its original date in May due to concerns over the coronavirus.

The IFRD logo shows small images of all types of motorized 2-wheelers to show its about women riding any and all types, brands and styles of motorcycles (Motoress.com)

With the motto, ‘just ride” female motorcyclists aboard all manner of motorcycles will take to the streets in a synchronized day of riding in cities in some 120 countries. It’s the 14th and latest version of the event which has been slowly growing over the years since it was begun in Toronto, Ontario.

Founder of RaceGirl and the Motoress.com website she says “The day was born with the purpose of emphasizing the fact that many women ride and enjoy motorcycling at all levels. My initiative of implementing a day where female motorcyclists simply got on their motorcycles and rode would truly underline this fact” adding that the event was to “advance the awareness of women motorcyle riders and inspire women everywhere”. She also points out its a day for women riding all types, brands, and forms of motorcycle sports. 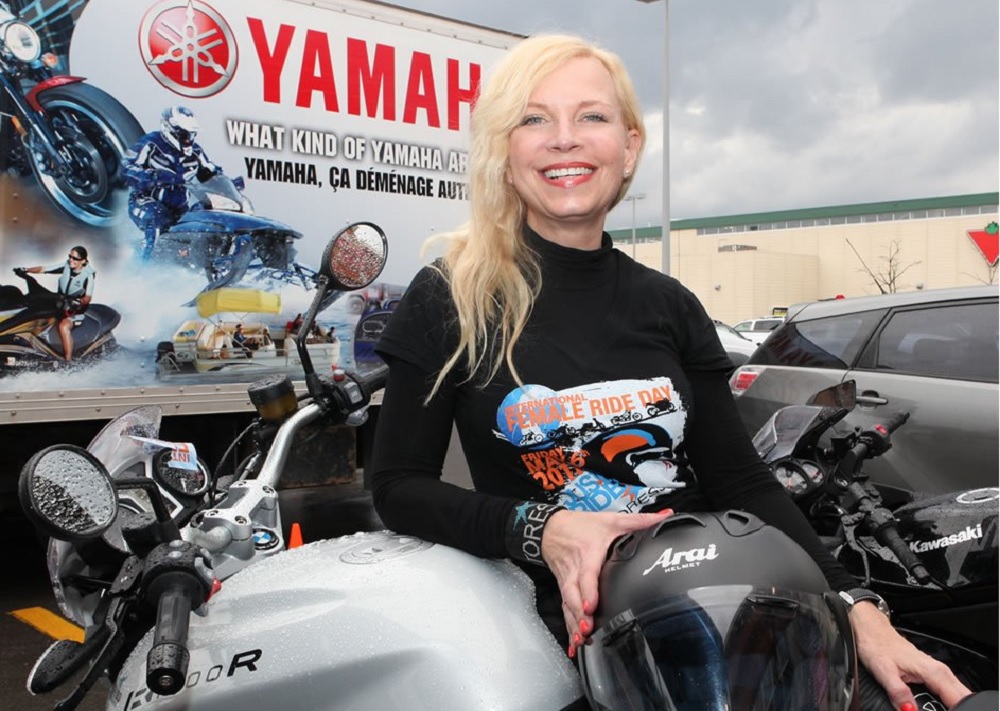 Well known in the European motorcycle world from her efforts in the Netherlands, Ontario’s Vicki Gray is the creator of the international event and long time promoter of women in motorcycling. (Motoress.com) Canadian motorcylc

In Montreal for example, a successful day last year was the first participation but the encouraging result of over 100 female riders led to it being staged again this year and the idea that it will become an annual event for female bikers.

Doreen Walmsley, CEO of the Ducati dealership in Richmond B.C. was quoted in a 2017 CBC article saying, I see a lot of Ducati advertising aimed at men, They have the pretty woman next to the bike but they are not actually trying to get women on the bikes. I would rather see them on the bikes and I’m trying to change this attitude.” 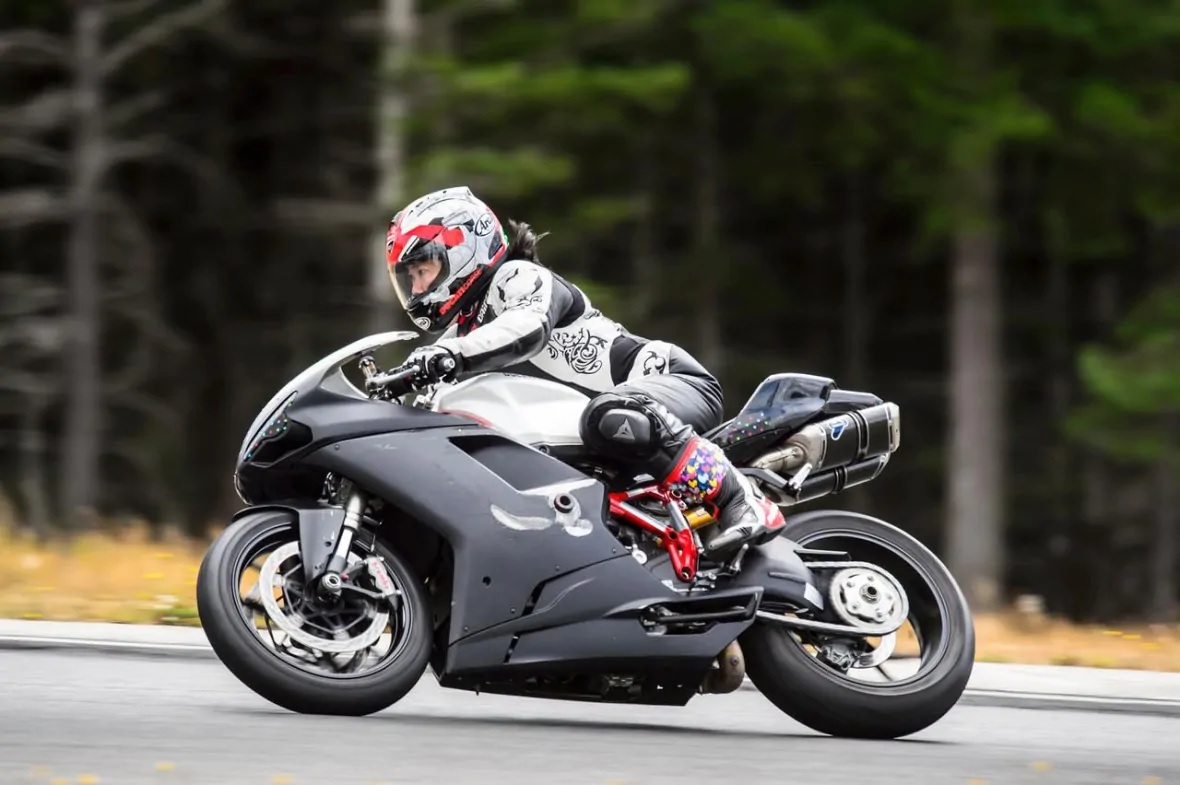 Doreen Walmsley, CEO of a Ducati dealership in B.C, also is an avid racer and enthusiastic supporter of getting more women to enjoy ridiing motorcycles (Doreen Walmsley-via CBC)

Vick Gray says that many women like to ride motorcycles but busy lives often keep them from being able to do so. She says My initiative to invite women to join together on one globally synchronized day to “JUST RIDE!”© seemed to me an action which would truly emphasise the numbers of women riders. Equally, every woman riding on IFRD becomes a motorcyclist role-model in her area; a representative of IFRD and its mission.”