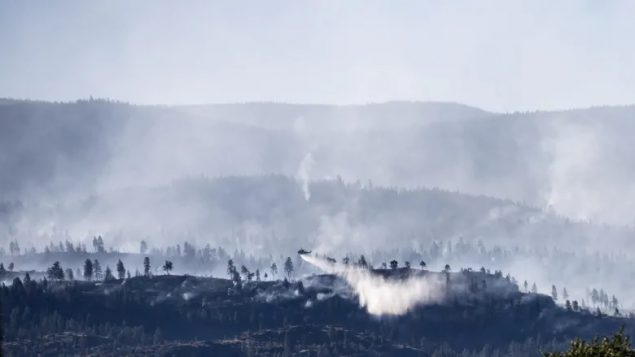 A helicopter dumps water on hot spots from the Christie Mountain wildfire burning near Penticton, B.C., in the Okanagan Valley. (Tina Lovgreen/CBC)

About 200 firefighters and 16 helicopters continue to fight the the Christie Mountain fire near the Okanagan Valley city of Penticton, British Columbia.

The blaze–now measuring about square kilometres in size–began last Tuesday and has proved a difficult one to bring under control because of rocky, sloped terrain and weather conditions that saw record-breaking temperatures followed by rain and high winds.

But it what appears a stroke of luck for the more than 3,700 properties in Penticton who remain under evacuation alert, strong winds on the weekend failed to fuel the blaze. 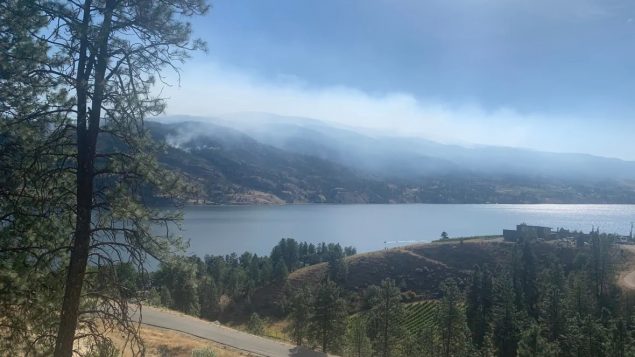 Smoke from the Christie Mountain wildfire can be seen in the hills above Skaha Lake on Saturday near Penticton. (Chad Pawson/CBC)

As a result, the fire saw “minimal” growth over the weekend, according B.C. Wildfire Service officials.

“The conditions are trending favourably,” he said.

The fire has already destroyed one home in Heritage Hills while 319 properties in the community have been evacuated.

The good news came as officials said the number of wildfires in the province is ticking upwards thanks to a recent dry spell. 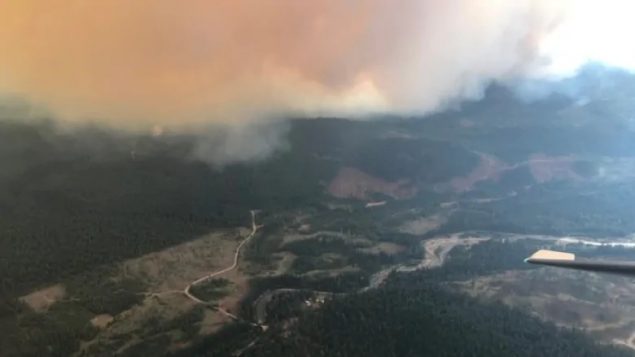 The Doctor Creek wildfire was discovered Tuesday to the southwest of Canal Flats. (B.C. Wildfire Service)

There are currently 72 wildfires burning in the province, with 10 new fires being reported in the past two days.

The largest fire in the province right now is the Doctor Creek fire southwest of Canal Flats in the Kootenays.

It is listed at just under 3100 hectares.

The fire was discovered Tuesday and ten properties were ordered to evacuate the next day. 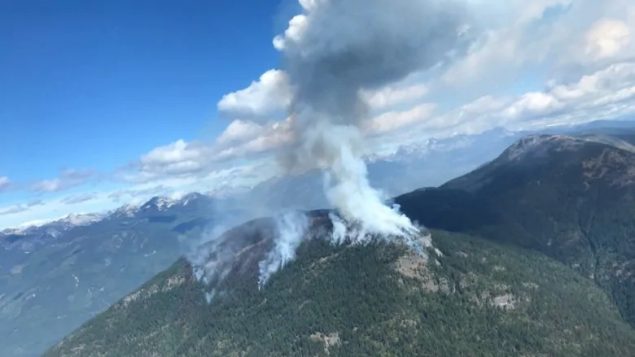 The Talbot Creek wildfire, about 30 kilometres north of Castlegar, has prompted an evacuation alert for 305 homes. (BC Wildfire Service/Twitter)

Meanwhile in the Slocan Valley, 305 homes were issued an evacuation alert Saturday night over growing concerns about the spread of the nearby Talbot Creek wildfire.

The fire was discovered last Monday and is now estimated at 200 hectares, or two square kilometres.