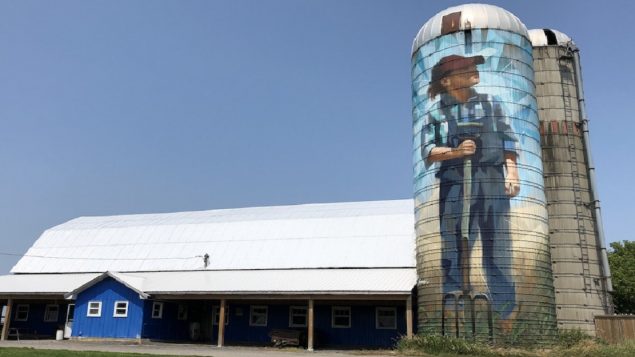 Urban artists, come to farmland and have been painting vivid scenes on farm silos , now with several completed for viewing . This one is on the Ouimet farm in Champlain is by Farm Boy by Emmanuel Jarus and Zek One.with the theme 'Youth (Popsilos)-

Urban ‘pop’ art in the heart of farmland: Popsilos

We’ve all seen them as we drive past farms–big barns, big silos, and often a little weatherworn.

A movement begun during Canada’s 150th anniversary is turning these huge silos into works of art.

Jennifer Larocque and Mathieu Mault, co-founders of a Montreal boutique consulting and project management firm, Activar, are behind the effort after receiving a federal grant for anniversary projects in 2017.  A team of artists from Ashop, an artist-run collective in Montreal, are co-producers of the project called ‘Popsilos’. 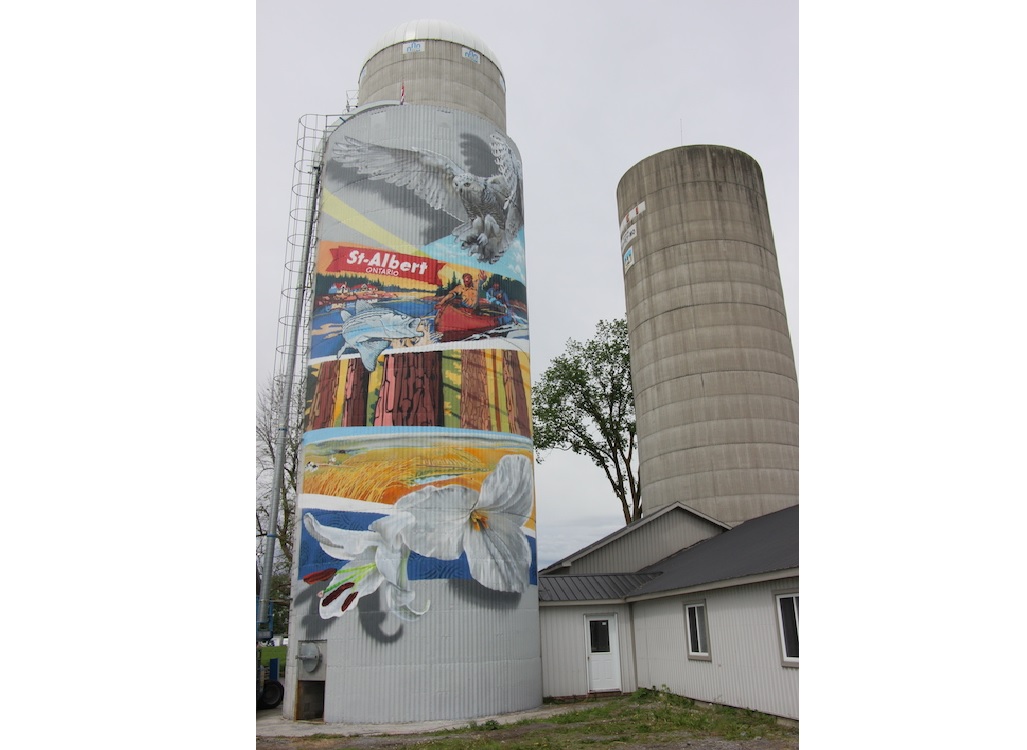 “Postcard” by Benny Wilding and Carlos Oliva. Theme: The Environment and designed after touring around the counties. Located at the Ben-Rey-Mo Ltd Farm in St Albert. In includes Ontario’s provincial flower, the white trillium (Popsilos)

Quoted on apt613.ca, she said, “ The merger of urban and rural creates a new Canadian experience, in a circuit, unexpected and sensorial, a first for Canada.” 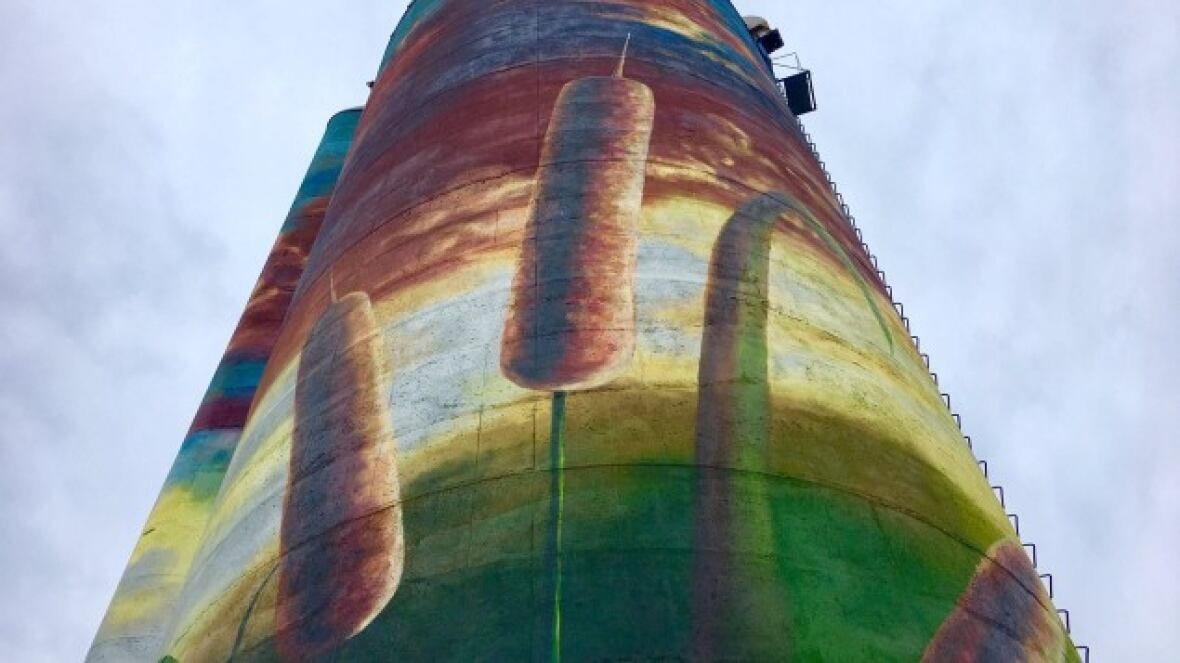 This mural at the farm of Michel Dignard and Jeanette Mongeon in Embrun was created by artists Lacey Jane and Layla Folkmann. (Denis Babin/Radio-Canada)

Although Canada’s 150th birthday has come and gone, the project continues, with two more art-silos added this year from ongoing  grant funding to pay for the artists living expenses, materials, and various supplies and rental equipment needed to create the works. A mural on the roughly 18 or 19 metre silos (the largest painted silo is 30m at Vankleek Hill Vinyards)  can take up to four weeks with costs around $40,000 each.

The united counties of Prescott Russell are in eastern Ontario between Ottawa and Montreal, with the various Popsilos farms located across the region (ggogle)

It’s also not an easy project to paint such tall murals, requiring working from specialised equipment and many trips up and down to view progress from the ground at a distance.

There are now several such decorated silos in the farmland of eastern Ontario in the united counties of Prescott-Russell where Larocque and Mault grew up. Larocque in Casselman, and Mault in Rockland.

The idea was inspired during a trip to Scotland where they saw Kelburn Castle, a large medieval house which had been covered with colourful paintings by Brazilian artists.

As most of the farms are open for farmgate sales, the murals bring in viewers  who often become added customers. Each farm has operating hours for the public for closer viewing, but all artworks can be seen from the roadways.

Some of the stops feature food as well, and there are many locations for food and drink along the Popsilos route.