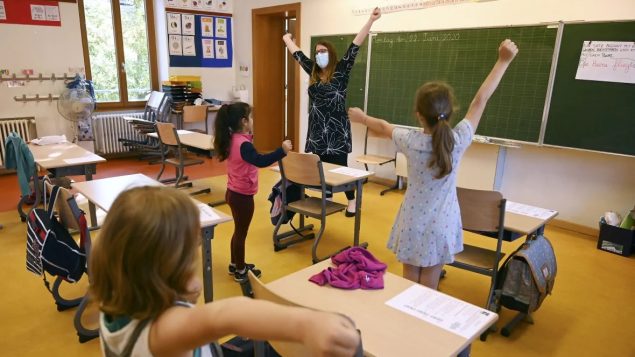 Classrooms across Canada are going have a very different look this school year. (Frederick Florin/AFP via Getty Images)

As September looms larger, sending children back to school remains a growing source of anxiety for parents and teachers in many parts of Canada and there are few signs that the anxiety is about to disappear anytime soon

Health professionals, teachers and parents have called for smaller class sizes and more physical distancing and some critics say too many schools have antiquated ventilation systems. 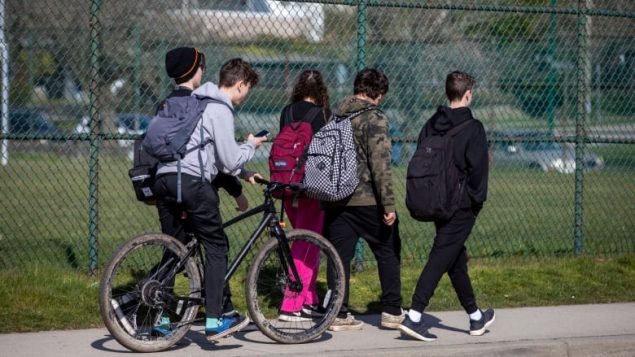 Despite outward appearances, this year’s return to school will be like no other. (Ben Nelms/CBC)

Since education is a provincial jurisdiction, no one size fits all.

Still, no one is taking this year’s return to school lightly.

Today, Prime Minister Justin Trudeau attempted to take a run at allaying at least some of the fears–pledging more than $2 billion in funding to help provinces and territories reopen both their schools and their economies safely.

The new funds are on top of $19 billion Trudeau has already promised provinces and territories last month to help them cope with the continuing impact of the COVID-19 pandemic on their economies and health care systems.

Trudeau said returning children to school safely is critical to restarting the economy, since it would allow parents to return to work without stressing about the health of their children.

The added funding, he said, is meant to allow provinces and territories to work with local school boards to implement measures to protect students and staff from COVID-19.

Trudeau, who made the announcement at a Toronto school less than two weeks before classes are due to resume, said the money can be used to help adapt learning spaces, improve air ventilation, increase hand sanitation and hygiene and buy extra personal protective equipment (PPE) and cleaning supplies.

“Our children must be safe in the classroom. That’s non-negotiable,” he said.

“No parent should be losing sleep because they have to go back to work, but aren’t confident schools are properly prepared.” 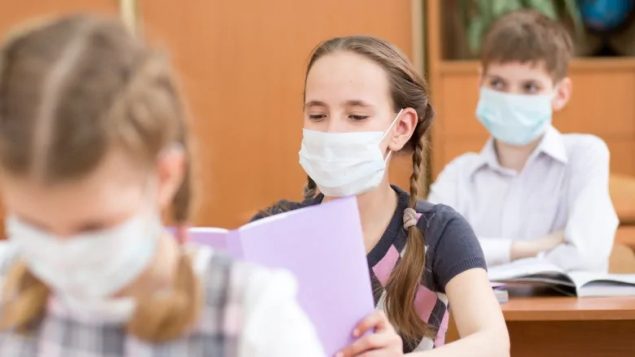 This is all going to take a bit of getting used to–for everyone. (Oksana Kuzmina/Adobe Stock)

Because education is a provincial responsibility, Trudeau said the federal government is fronting the money to support each province and territory, “in the best way possible.”

“We’ve made this funding flexible so provinces, and ultimately schools, can use it for what they need most, from hand sanitizer to remote learning,” the prime minister said, adding the federal government would also be investing $112 million in Indigenous community schools to help them with their restart plans.

Most students have been learning from home since the COVID-19 outbreak shut down schools and businesses in mid-March.

“Parents and staff are anxious about what the school year may hold,” said Trudeau, a former teacher.

“We all want what’s best for our kids, including a good education. School matters — I got to see that first hand when I was in front of the classroom.” 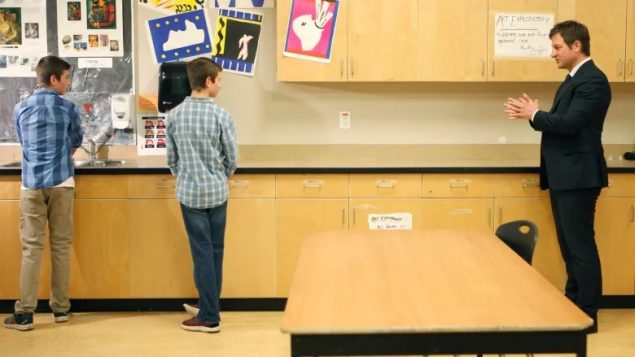 B.C. Minister of Education Rob Fleming speaks to Jacob Cunliffe, 13, left, and his brother Joshua as they wash their hands following an update on part-time return to classes during a tour of Monterey Middle School in Victoria, B.C., on June 2. (THE CANADIAN PRESS/Chad Hipolito)

The funding is being allocated based on the number of children aged four to 18 years old in each province and territory, with a $2 million base amount for each jurisdiction.

Funding will be provided in two instalments; the first payment is expected this fall and a second is to arrive early in 2021.