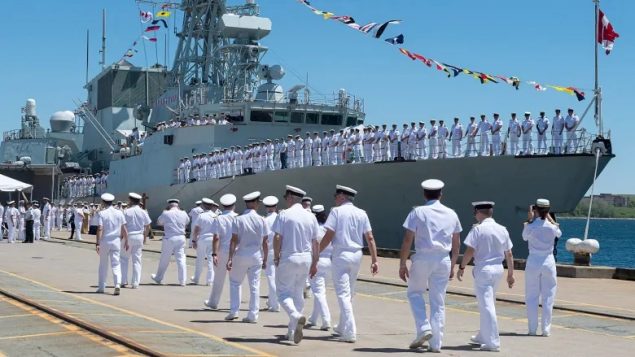 Junior sailors have been referred to as 'seamen' for decades. Now, the Royal Canadian Navy is replacing that term with 'sailor.' (THE CANADIAN PRESS/Andrew Vaughan)

A seaman by any other name? (please make the appropriate choice)

Sailors in the junior ranks of the Canadian Navy will soon hold different titles.

Beginning early next month, the Royal Canadian Navy, which says it is short hundreds of sailors, has announced that references to “seaman” in the English-language designations–ordinary, able, leading and master–will now carry more gender-neutral terms,

The announcement comes the same week the Navy introduced its new combat uniform.

The Canadian Press’s Lee Berthiaume reports the  names changes come as the military attempts to become more reflective of Canadian society–a push that includes trying to recruit more women, visible minorities and members of the LGBTQ community while cracking down on hateful conduct.”

Since junior sailors have been called “seamen” for decades, the change has not been without controversy.

In July the RCN’s deputy commander responded to a series of online posts critical of the move, warning that there is no place in the force of sailors who subscribe to “hateful, misogynistic and racist” beliefs.

“To those of you currently serving with these beliefs, I would like to emphatically state you have no place in our navy,” said Rear Admiral Chris Sutherland.

“If you cannot live by or support the values of the Canadian Charter of Rights and Freedoms, then you cannot defend them.”

The change, which the navy said came after surveying 18,000 respondents, has the support of the military’s high command. 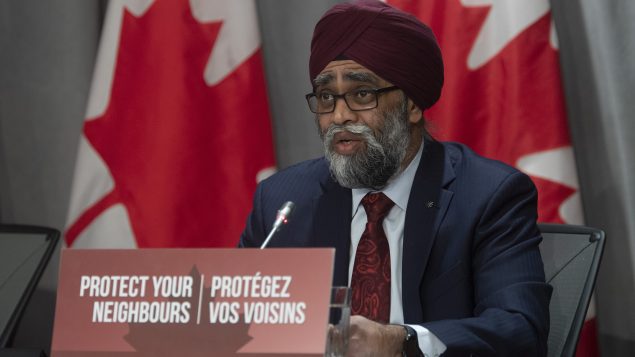 Minister of National Defence Harjit Sajjan (pictured during a news conference in Ottawa on March 30) says the change in titles will help build “a diverse force that is representative of the Canadians they protect.” (THE CANADIAN PRESS/Adrian Wyld)

“By adopting gender neutral designation for junior members of the Royal Canadian Navy, we demonstrate to all Canadians that the Canadian Armed Forces will welcome anybody who wants to serve their country and uphold the values of inclusion and diversity. We will continue to work to build a diverse force that is representative of the Canadians they protect,” Minister of National Defence Harjit Sajjan said in a statement