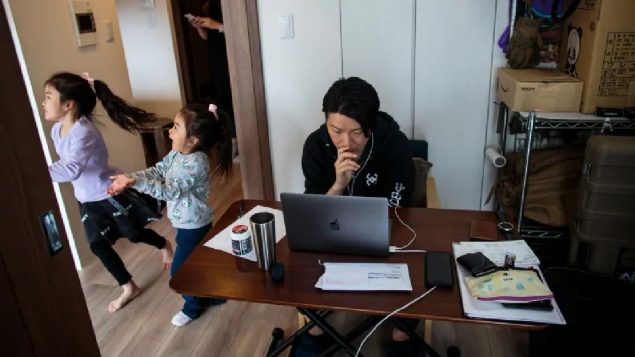 The heavily business oriented provinces of Quebec and Ontario were able to reduce the economic effects of COVID as many office workers were able to continue from home, Even so, a new analysis says all provinces and the country will have a slower recovery than previously thought ((Behrouz Mehri/AFP/Getty Images)

A new study from the non-profit and non-partisan think tank, The Conference Board of Canada, suggests a slow economic recovery from the effects of the pandemic

While shoppers are eager to get back to stores, there’s been an increase in online selling, but retail sales are not the whole picture.

Studying Gross Domestic Product (GDP) figures for the first and second quarter, with a significant drop in the second quarter (12.1%), the Board study suggests Canada’s real GDP for the whole year is likely to show a decline of 8.2 per cent.

That is even after the expected rebound in the third and fourth quarters. The Boarc study suggests the economy now will not return to pre-pandemic levels until the end of 2021.

The impact of the virus on the economy will be with us for years, Every province in Canada has incurred the wrath of COVID-19 with sharply negative growth this year. While some provinces are faring better than others, every region of Canada has a long road ahead before fully returning to normal.”  Pedro Antunes, Chief Economist at the Conference Board of Canada

The study notes Canada’s rebound depends on trade and what happens in the U.S. The prediction indicates the U.S should begin a recovery and grow by about 5.0 per cent in 2021, That potential recovery however is qualified by concerns over a resurgence in virus cases in the U.S which has led to more shutdowns in the entertainment and food service industry.

As to how the provinces fare individually, the energy producers of Alberta, Saskatcehwan, and Newfoundland have been hurt by the virus restrictions and by the steep drop in oil prices.

The maritime provinces on the east coast were not so severely affected by COVID and were able to reopen factories and businesses sooner than other provinces giving them a bit of a break. However other factors have hurt, such as the important lobster fishery where sales have collapsed due to low demand during the pandemic.

Ontario and Quebec, the most populous provinces,  were not as hard hit as they might have been due to the fact that many businesses, including the financial sector, were able to have employees continue their work from home.

British Columbia was the least affected by COVID cases and the economic downturn and should rebound somewhat faster as work on major energy projects ramp up.

Across the country, the effects were mitigated by government emergency funding programmes for individuals millions of whom lost jobs and requested help, and for businesses., but that has resulted in a record deficit and national debt.

Individual concerns for the future

A recent survey this month reflects some other concerns of citizens though.

A Leger poll of Canadians and Americans found that well over a quarter of respondents (Canadian 28%, Americans 30%) felt their company or organization will conduct layoffs before the end of the year.

Surprisingly and in spite of the Conference Board estimates, most of the respondents thought the economy (both countries) would be worse next year, (Canadians-43%, Americans-33%)

As to how individuals think they’re doing financially this year compared to last year, a slim majority felt they were about the same( Canada 55%, US-51%) but a substantial number felt they and their families were worse off ( Canada 32%, US-28%) 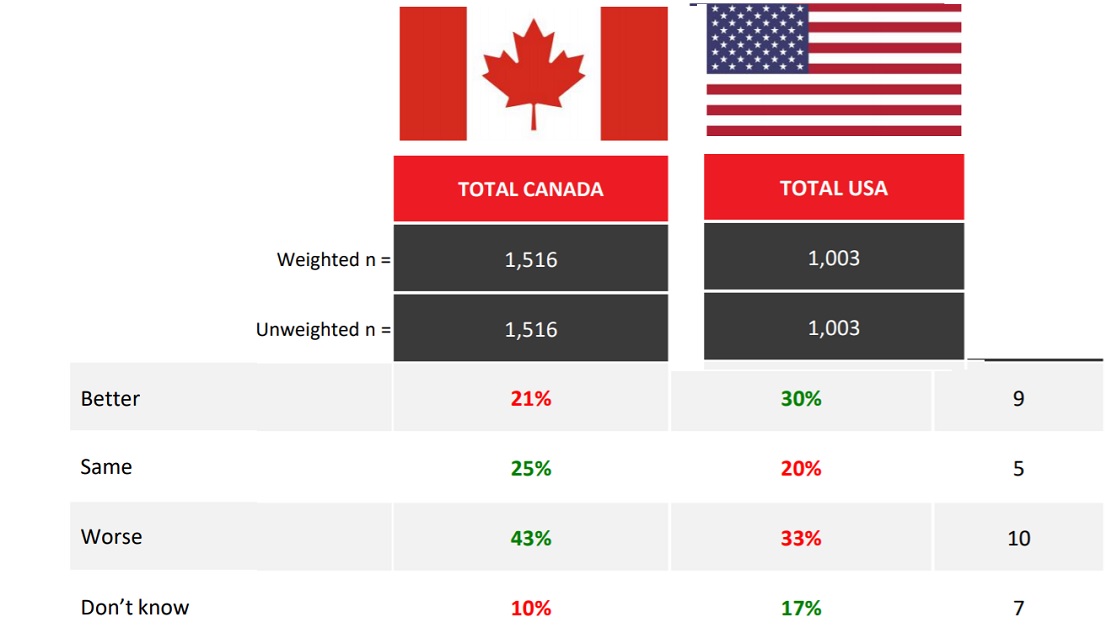