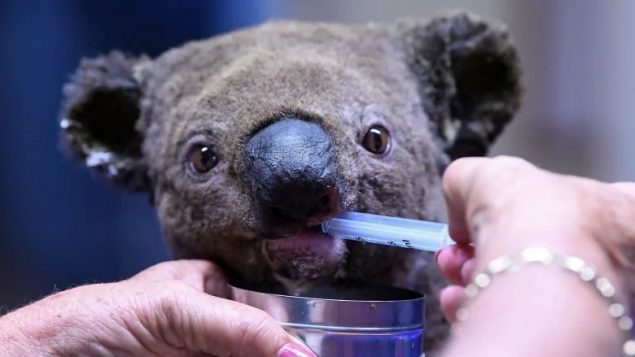 A koala receives treatment after its rescue from an Australian bush fire last November. According to the Australian Koala Foundation, the marsupials may be threatened to a point of no return' but some scientists have called that assessment an exaggeration. A new study of 2,000 endangered species in North America, New Zealand and New South Wales, Australia published today raises questions about how money is being allocated in the battle to save them from extinction. (Saeed Khan/AFP/Getty Images)

Study raises questions about allocation of funds to save endangered species

A new Canadian study raises questions about how money is being allocated in the fight to save endangered species from extinction.

Their study, published today in the journal Nature Communications, found that half of species recovery budgets were allocated to research and monitoring, rather than action. 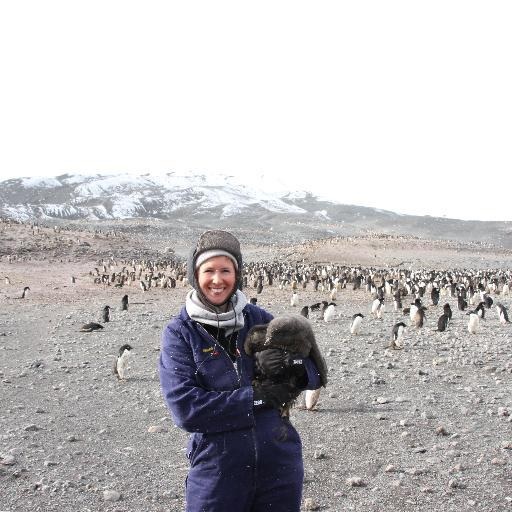 “We’re losing species faster than ever and the time to act is now,” says the study’s lead author, Rachel Buxton. (Twitter)

“In some ways, it’s like we’re counting the deck chairs on the Titanic. We need robust research and monitoring to make informed decisions, but given the ongoing biodiversity crisis, we need to focus on gathering only enough information to support action,” Rachel Buxton, lead author and a post-doctoral researcher in Carleton’s Department of Biology, says in a press release accompanying publication of the study.

“Threatened species need fast action to avoid extinction and as a researcher, discovering how few of our precious resources are being budgeted for action has been a wake-up call.”

The researchers note that in the private sector the top 10 largest corporations, including Amazon and Apple, spend closer to 10 percent of their annual revenue on research and development. 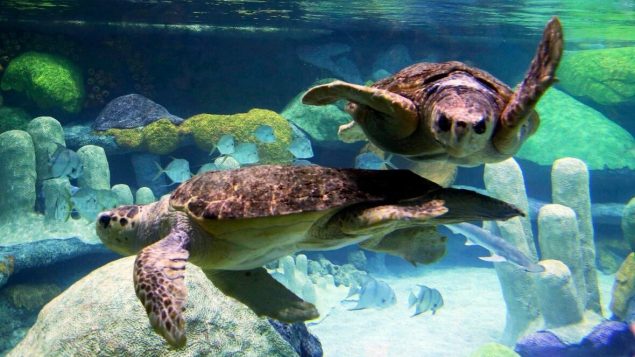 A pair of the loggerhead sea turtles enjoy their new surroundings during the grand opening of the Sea Turtle Island exhibit at the Oklahoma Aquarium in Jenks, Okla., on March 2, 2017. The loggerhead turtle has been classified as a threatened species in the U.S. since 1978 (Tom Gilbert/Tulsa World via Associated Press)

“Canada was not part of the study–and the reason is that we don’t have good enough data in Canada,” Buxton explained in her email.

“For threatened species, estimates of cost for recovery efforts are not part of the planning process. This is quite surprising, since cost should be one of the main considerations when planning to save a species.”

Study author Joseph Bennett, a professor at Carleton’s Department of Biology, says the fight to save endangered species needs to focus on the right targets.

“As scientists, we love to collect data,” Bennett, says in the press release.

“But it is more important to protect species from extinction.

“We want to make sure we are being wise with our resources, achieving the right balance between getting more data and using the data to act, so we can save species from extinction.”

“Saving species from extinction is a complicated job and more information on how to do it right can really help,” wrote in an email to RCI.

“But when too much time and money is spent on getting information and not enough on actually doing things on the ground like protecting where the places species live, this could mean opportunities to save species are lost.”

The researchers say that tools are available to help better balance resources between gathering information and doing things that actually help prevent extinction.

Getting this balance wrong, they say, could mean that species go extinct.

“We’re losing species faster than ever and the time to act is now,” Buxton says in the press release.

“So far, our efforts to save threatened species are failing.

“We need all hands on deck, support from the public, and bold approaches if we’re going to protect endangered wildlife.”