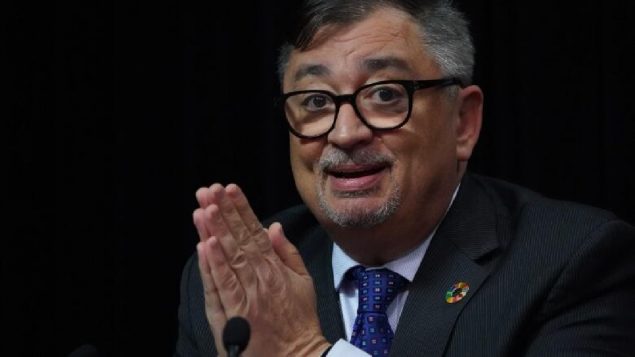 Quebec's chief medical official, Dr. Horacio Arruda is now a well-known figure in Quebec after his many T appearances with regard to COVID news and restrictions. Threats against him however have led to two arrests. ( Sylvain Roy Roussel-Radio-Canada)

With the arrival of the pandemic and rapid increase in positive cases and deaths, politicians on the advice of their health officials, instituted lockdowns  and other restrictions.

Many people, in spite of government emergency funding programmes, have found themselves in dire straights.

Sometime conflicting advice from officials during media briefings, based on evolving knowledge of the virus, has further frustrated some. The fact that politicians are appearing more often on camera, and along with regular appearances by previously almost unknown health officials has raised the public profile, making them almost equally more popular and as a target for citizen displeasure at restrictions.

The latter has led to a worrisome trend of abuse and even threats against them. 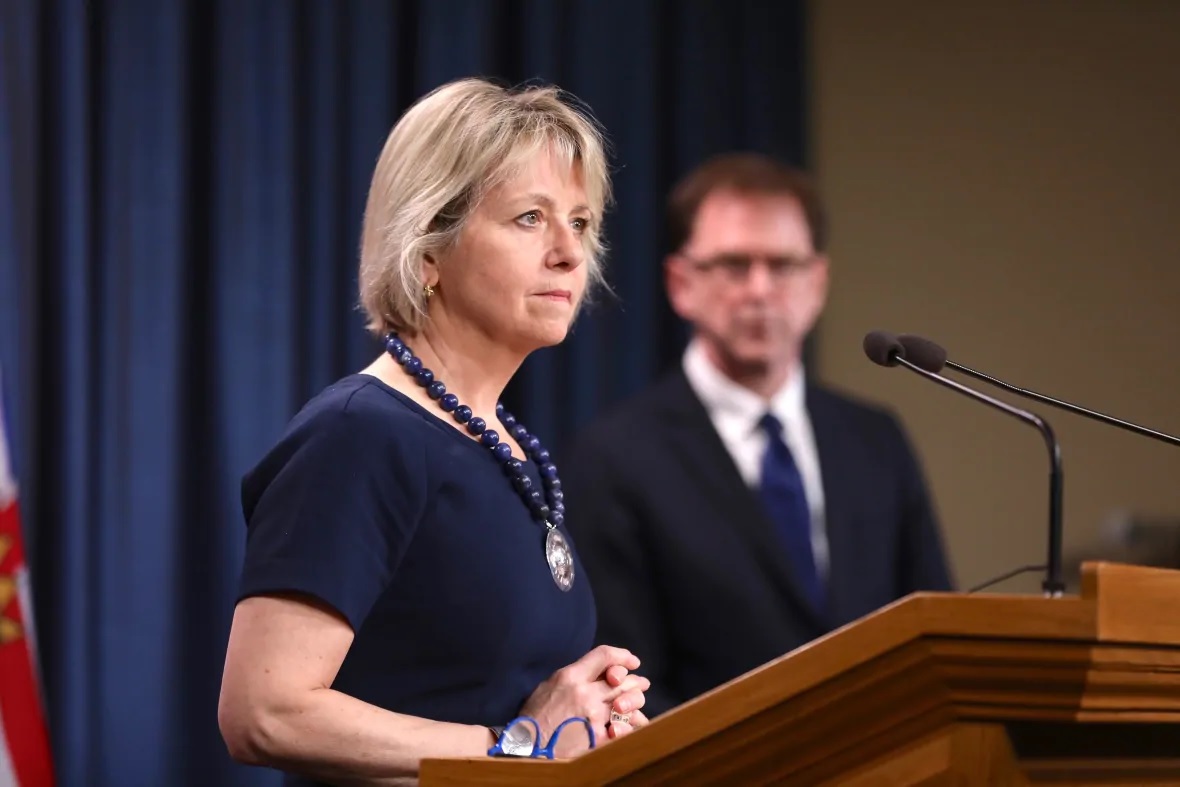 B.C.’s top health official, Dr. Bonnie Henry, often praised for her public appearances and position on the pandemic and its civil restrictions, has also been the target of online threats and abuse as have many other health officials and politicians for their stance on pandemic restrictions (Micheal McArthur-CBC)

In August, Infrastructure and Communities Minister Catherine McKenna was the target of an angry man who had lost his job because of the lockdowns, and who tried to get in to her Ottawa office. Although she was not present, a staff member was subjected to a tirade of foul language and verbal abuse”.

This week British Columbia’s top public health official, Dr. Bonnie Henry, widely praised for here work during the pandemic, said she has been the target of abuse and threats, Quoted in the Canadian Press she said, There are many people who don’t like what I do and feel quite able to send me nasty notes, leave phone calls, to harass my office staff,. “I’ve had to have security in my house. I’ve had death threats. How do we deal with that?”

Quebec’s Health Minister, Dr. Horacio Arruda, another who has been praised for his calm presence during the pandemic was also the victim of threats. In that case Quebec police arrested a man for making online threats against the top public health official. In a seperate case, another man was also arrested for making similar online threats against Dr. Arruda and against the provincial Premier, Francois Legault.

Even city health officers have come under attack, In Ottawa  Dr. Vera Etches,  is the city’s chief medical officer of health. Although she hasn’t received any death threats there have been some ‘ugly emails’. She’s taking it in stride however. Quoted by Ottawa Matters, she said, “I know that this is a stressful time and people are angry, and I appreciate that,” explains Dr. Etches. “They’re looking for someone to blame or to express that anger and I think it’s important to hear from people who are negatively impacted.”

Meanwhile police say online threats are taken as seriously as in-person threats and the legal system will treat them as such.

Quebec police also say that  posting offensive comments while hiding behind an alias online alias will not protect you and that cyber-crimes units can easily track you down.