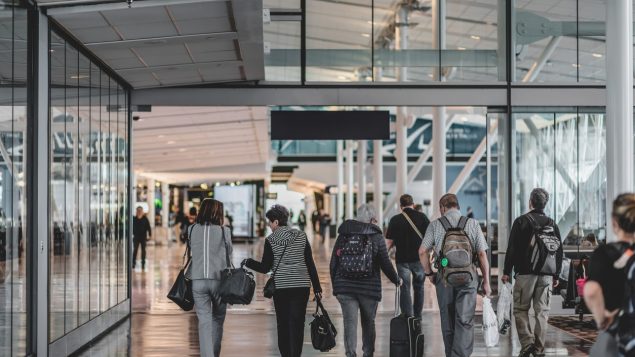 As few as 247 people could have carried COVID-19 into Québec during the spring, according to a study published by the Institut national de santé publique du Québec (INSPQ) and the McGill Genome Centre. (iStock/aetb)

Less than 250 people carried COVID-19 in Quebec in the spring : Study

As few as 247 people could have carried COVID-19 into Quebec during the spring, according to a genome sequencing study published by the Institut national de santé publique du Québec (INSPQ) and the McGill Genome Centre.

The study looked at 734 genome sequences in the province that were obtained between mid-February and April 1, and compared those sequences with 21,935 sequences from elsewhere in Canada and around the world.

“This is the first of many analyses that will look not only at how the virus was first introduced into the province but also at how it has been spreading. Indeed, it is surprising to see how widely the virus had been dispersed at such an early stage.”Dr. Guillaume Bourque, professor at the department for human genetics and head of the Canadian Center for Computational Genomics

“Our research indicates that [the] origin of the outbreak in Quebec was mostly via Europe and the Americas, and not from Asia. Most of the early introductions of the virus into Quebec did not give rise to sustained transmission, but a barrage of introductions just after spring break eventually gave rise to the tens of thousands of cases we have seen since.”Dr. Jesse Shapiro, associate professor at the department of microbiology and immunology at McGill University

Quebec reported its first presumptive case of COVID-19 on Feb. 27, and since then has had a total of 69,670 infections and 5,810 deaths, according to the most recent report from the provincial government.

“The data confirms the importance of public health measures,” said Dr. Sandrine Moreira, head of genomics and bioinformatics at the INSPQ. “With such few cases leading to community-based transmission, we all need to remain vigilant.”