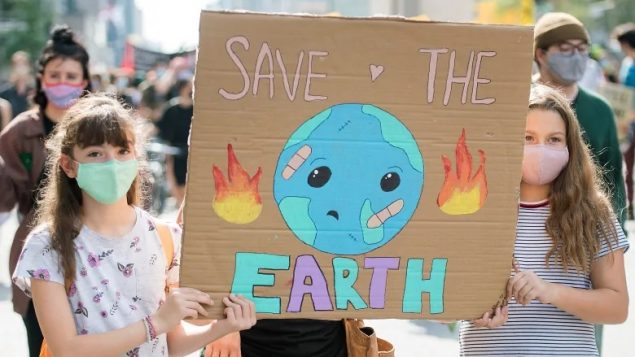 Some of the thousands of people who participated in a climate change protest in Montreal on Saturday afternoon. (THE CANADIAN PRESS/Graham Hughes)

A year ago at this time, Greta Thunberg was on something resembling a rock-star tour of Canada, holding court and leading rallies for climate change.

Continuing across the country, she was joined by tens of thousands of supporter in cities along the way, including thousands in Vancouver a month after the Montreal rally. 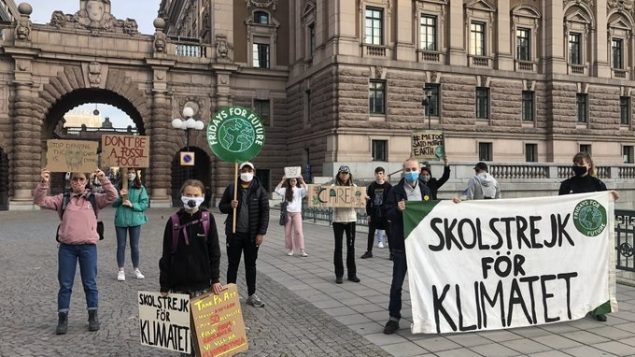 Greta Thunberg (seen in Stockholm on Friday) is back leading demonstrations for “Fridays for Future.” On Saturday, supporters were in Montreal as well. (Twitter)

Wisely, her supporters maintain, she has kept a lower public profile this summer as COVID-19 wreaks its it various forms of havoc.

But last week, Thunberg began making her presence felt again–as a reminder that her fight–and that of so many people–is a heckuva a long way from over.

Marches were held on Friday and Saturday, as the movement she leads, “Fridays For Future,” began protesting again.

Thousands of others around the world joined came out–including in Montreal.

It wasn’t the half a million that turned out last year, but an estimated several thousand people participated on Saturday, the majority of whom were wearing masks and respecting public health guidelines.

And, The Canadian Press reported, while the marchers were calling for carbon neutrality by 2030, they made it clear they are also about a whole of lot of other things–the regularization of migrant rights in Canada and Quebec, the full and complete recognition of Indigenous right to self-determination, and the defunding, the demilitarization and the decolonization of police services. 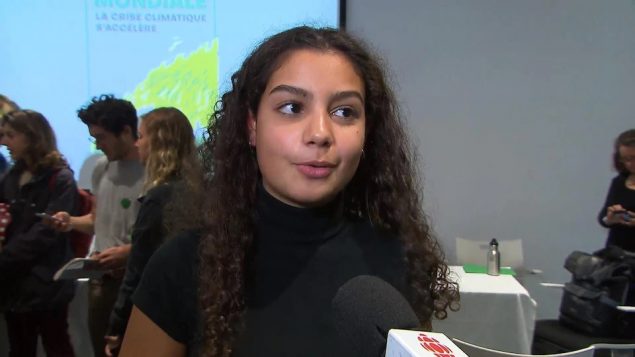 “Social justice cannot be excluded from the climate fight,” one of the organizers, Lylou Sejili, told reporters at the demonstration.
(PHOTO: RADIO-CANADA)

Lylou Sehili, a co-spokesperson for the Student Coalition for an Environmental and Social Shift (CEVES), told CP she does not believe that bringing together different social protests in the same movement is detrimental to climate mobilization.

“There may be people who are going to be afraid, but these causes go hand-in-hand. Everything is connected, everything comes from the same system of oppression,” she said.

Sejili added that “social justice cannot be excluded from the climate fight.”

“COVID-19 is a public health situation, but so is climate change,” she said.