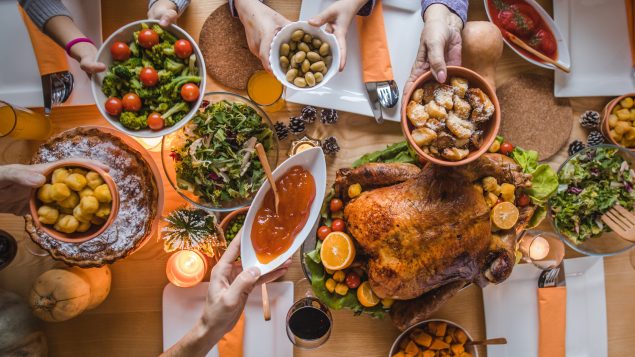 Many Canadian families will have fewer people around the Thanksgiving table because of the pandemic. (iStock)

October will likely be very disappointing for many Canadians who, according to a recent survey, are modifying their event plans due to the COVID-19 pandemic.

Thanksgiving is on October 12 this year and normally is an important time for family get-togethers for traditional turkey, ham or other kinds of special dinners. A survey done by Leger Marketing and the Association for Canadian Studies finds that, of those who usually celebrate Thanksgiving, half will modify their plans and half will not.  The numbers planning change are higher in provinces with higher number of COVID-19 infections such as Ontario and Quebec.

Christmas plans may change, too 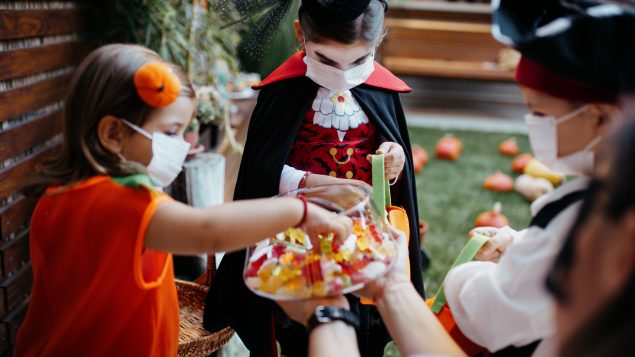 Some Canadian families will send their children out to collect candy this Halloween but others will not because of the pandemic. (iStock)

‘A big disappointment for children’

Halloween, celebrated on October 31st, is a time when children don costumes and go house-to-house collecting candy. The survey found that this year, 52 per cent of parents will not allow their children to go trick-or-treating. Another 49 per cent of respondents said they would not open their doors to hand out candy and 52 per cent said Halloween should be cancelled outright.

“I suspect Halloween will be a big disappointment for children,” said Jack Jedwab, president and CEO of the Association for Canadian Studies. “They have faced a lot of stress with schools closing and opening. This has caused anxiety for kids, parents and teachers. We surveyed high school teachers and they are particularly stressed and are, in some ways, front-line workers.”

He adds there are some concerns about the impacts these changes will have on mental health. Coming at a time when people already feel isolated, the normal celebrations will be more sombre.